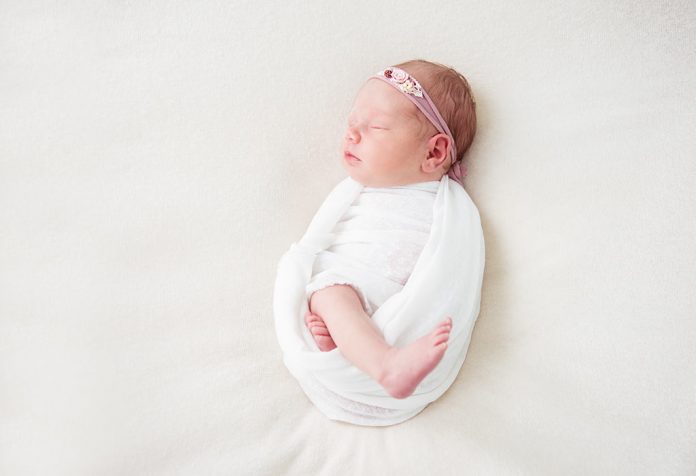 Finding the right name for your little princess can be a challenge for you. The name should be pleasing to hear, should give the right meaning and should have the right vibrations for your child. A 5 letter baby girl name is neither too long nor too short and hence, an ideal choice. They are easy to pronounce with no fear of people cutting it short. Also, your little girl can spell them easily. When you know the meaning of the name, it makes your job slightly easier. You can choose the name based on the meaning of your preference.

Here is a list of trending baby girl names five letters long for your baby that we have compiled for you. The names are given with meaning. The ones given here are popular and widely used names. Make sure you go through each one of them and choose the best one for your little daughter.

Alexa is a name of Greek origin. It means ‘defending men’ and is a simple form of Alexandra. If you are in love with Amazon’s virtual assistant and would want your daughter to be as popular, please go ahead with this name!

This girl’s name has originated from the name ‘Anna.’ It originates from Latin-America. This cute name means ‘gracious, sweet.’ It is also a popular name in India and has been there for several decades.

This name has its origin in Greek mythology. This dynamic name symbolizes new growth and springtime. This is quite a popular name in Britain, Australia, and Canada.

This name of the flower has come back to popularity. The name symbolizes freshness. The name originates from Old English and means ‘day’s eye.’ The flower daisy symbolizes innocence and purity, just what parents see in their little ones.

This sweet name has been in trend for several decades now. If you are a lover of literature and want to raise one, you better go with this name for your little girl. The origin of this Latin name “Aemilia” means ‘rival.’

Fiona means ‘white and fair’ in Scottish. It has gained popularity in the recent past. Even though this name originated from Scotland, it has been more popular in England.

This is a Latin name attributed to originate in the sixteenth century. Quite popular among celebrities, this name is popular in several countries.

Haley is of English origin. It means ‘natural, Hay meadow.’ This name is generally used by parents who like to consider gender-neutral names for their little ones.

This name symbolizes protection and power. It comes from English origin and is suitable for the brave girls of today.

A name again with Latin origin, it is a feminine form of Julius. This has been a popular name for 125 years. So if you are looking out for an ancient yet fashionable name, go for this.

This trendy name will never go out of fashion. Karen means ‘pure.’ This classic name is a variation of name Katherine and is popular since the 70s. It originated from English.

This girl’s name has an Arabic origin. It means ‘laurel, crown.’ We can trace its origin to the 1950s.

This name has a Welsh origin and is a shorter form of Margaret. The name means ‘one who is strong and mighty.’ This name also has a royal connection and would offer a precise name for your little princess.

The name means ‘woman of honor.’ This name gained popularity after 2003 following the popularity of pop star Norah Jones.

This name is gentle and sober. It can be a simpler and trendier version of Olivia. It has an English origin and is originated from ‘olive tree.’

The name Richa means a powerful and brave ruler. This Indian origin name is being used worldwide. Its origin has also been found to be in Sanskrit where it symbolizes praise and is also associated with the number three. If your lucky number is three, then you might consider this name for your little girl.

This name also has a substitute spelling Riley. The name finds its origin as an Irish name. The name Rilee means ‘courageous.’

The name Sarah has a Hebrew origin. This is listed as one of the best 5 letter biblical girl names. The name means ‘princess.’ Sarah, in the Bible, is the wife of Abraham and mother of Isaac. Probably, a precise name for your princess.

This classic name is sweet girl baby name means ‘wisdom.’ This Greek origin name is popular among celebs. It is widely used in Europe, Italy, Spain, and neighboring nations.

We hope with this list you have found the best one for your little girl. Relax, take your time and give it a good thought before making the right decision.

Diapering Your Baby at Night – Keep These Things in Mind