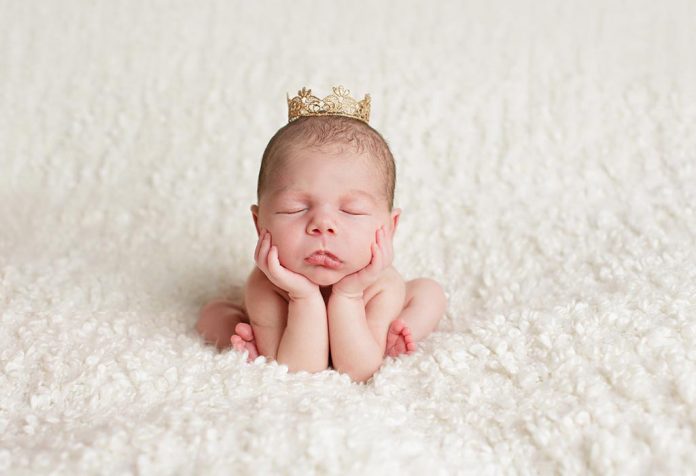 Nothing is more wonderful than the day you first see your baby. Every parent would instantly feel in their hearts that the child is their special little prince or princess. This is why most parents go for names that mean ‘prince’ because that’s how they see their little one. Parents would also want their children to have an aura of majesty and power. Check out these beautiful baby boy names that would suit your little one.

The origin of this wonderful name is German. The meaning of the name Adelio is ‘The father of the noble prince’ and is a wonderful option for your little one. It is also believed that the name has a Spanish origin but is widely used in English speaking countries.

Who does not love a nice, traditional name for their little one? The name Amir has a Hebrew, Arabic origin and the meaning of the name is ‘ruler’ or ‘king.’ The verb form of the name is ‘to rule’ or ‘to command.’ It is a very common Middle Eastern name but is rising in popularity.

The name has a Dutch, Scandinavian Origin and this wonderful name means ‘strong as an eagle’ or ‘ruler.’ This is a common name in Scandinavia and it is also used as a surname in England. It is also considered to be the variation of another popular name Arnold.

This powerful name has a Greek origin, and the meaning of the name is ‘God protects the king.’ It is also biblical and one of the names of the Three Kings. This name is intriguing. Another variation of the name is Balthasar.

There is no specific description needed for this name. Earlier, names like King, Prince, and other royal names were only kept for the baby if he was a part of the monarchy. But now, it is common amongst the people. This word is derived from Latin.

If you are looking for a unique name with a royal meaning, then this is the one. This baby boy’s name means ‘chief prince’ and is derived from the ancient Welsh language. The other variant of the name is Cynfal, and it is pronounced as ‘Kihn-Fih-L.’

This striking name is often used as a surname, and the name has a Welsh origin. The name is believed to have been derived from another name Gruffudd. Another variation of the name is Gruffydd.

The meaning of this name is ‘little king’ and is the perfect option for your baby prince. This name is said to have been derived from Irish and the name is powerful and strong. It has been climbing up in popularity over the years, and there are many famous people with this name.

This is a wonderful name that is derived from the ancient Greek name Vassilios. The meaning of this name is ‘royal, brave and kingly.’ Some believe that the name has an Arabic origin and the meaning of the name in its Arabic roots is ‘fearless’ and ‘brave.’

This is a chic name that has been in popularity for many decades. The name is believed to have been derived from French, and the meaning of the name is ‘the King.’ It is originally used as a surname, but many people use it as a first name.

This is a wonderful baby name that means ‘peaceful ruler.’ This is the English variation of another popular German name ‘Friedrich.’ In this Germanic word, the prefix ‘Frid’ means ‘peace’ and ‘ric’ means ‘power’ or ‘ruler.’ Fred can be used as a short form for the name.

This is a wonderful prince name for baby boy that has a Welsh origin. The meaning of the name is ‘mighty prince.’ The name also belonged to a popular Welsh saint who was named after the village in Cornwall. The other variations of the name include Bryok, Breok, Breok, Briec, and Briog.

This baby name has a Persian origin, and the meaning of the name is ‘rich and kingly’ or ‘he possesses.’ The other related names are Dario and Dariush.

This name was derived from the Old Norse language, and the meaning of the name is ‘son of an eternal ruler.’ The other variations of the name include Erickson or Erikson.

Baby-names with a royal meaning are adorable yet powerful. These beautiful and powerful baby names meaning prince are surely going to suit your little one.

Shingles and Pregnancy – Are You At Risk?

How Toddlers Use Objects To Cope With Separation