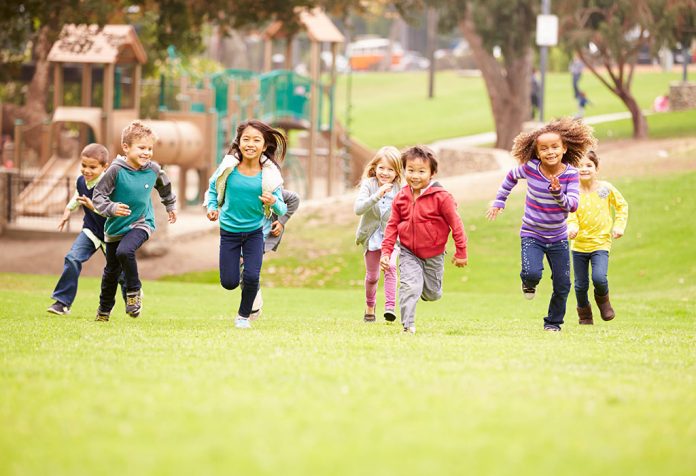 Kids these days are way too hooked to their computer games, video games and cell phones; which is not good for their overall health. Physical activity is very important for the proper development of the body and your kids should be getting a lot more activity than they probably are. Solve this by taking them to the park and spend some family time outdoors a few times a week.

Fun Games to Play at The Park for Children

Getting them to the park may not be so hard, but once there, it won’t be much fun if you leave your kids to their own devices. This sometimes causes them to get involved in unwanted behavior simply for want of something to do. Engage your children by planning ahead and looking for fun activities that you can all enjoy together. Here we have some fun outdoor park games for kids:

One person needs to be “it”, and everyone else needs to run from him. When the person who is “it” has any form of contact with another player, that player is frozen and cannot move. The only way to unfreeze the person is for another player to crawl through the frozen player’s legs. The game does not end until whoever is “it” manages to freeze everyone. 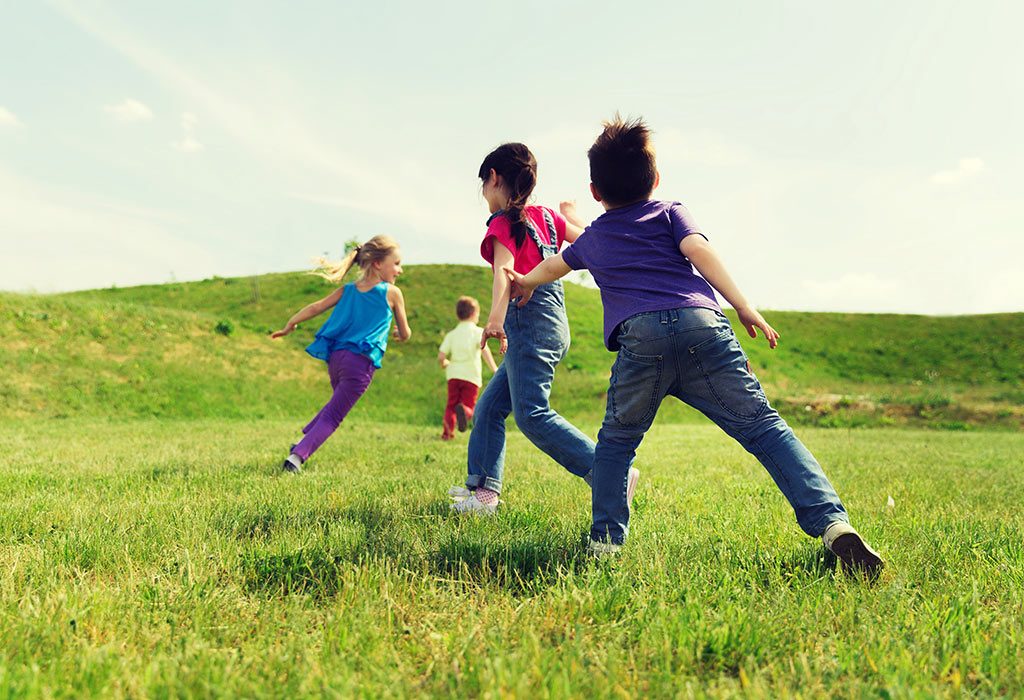 A small object like a button or a small ball is used to play this game. One person needs to hide the chosen object somewhere while everyone else turns away and closes their eyes. While the others are searching, the hider is allowed to give them clues such as “warm” “cold” and “hot” with “hot” meaning they are close to the hidden object and “cold” meaning they are farther away from it. 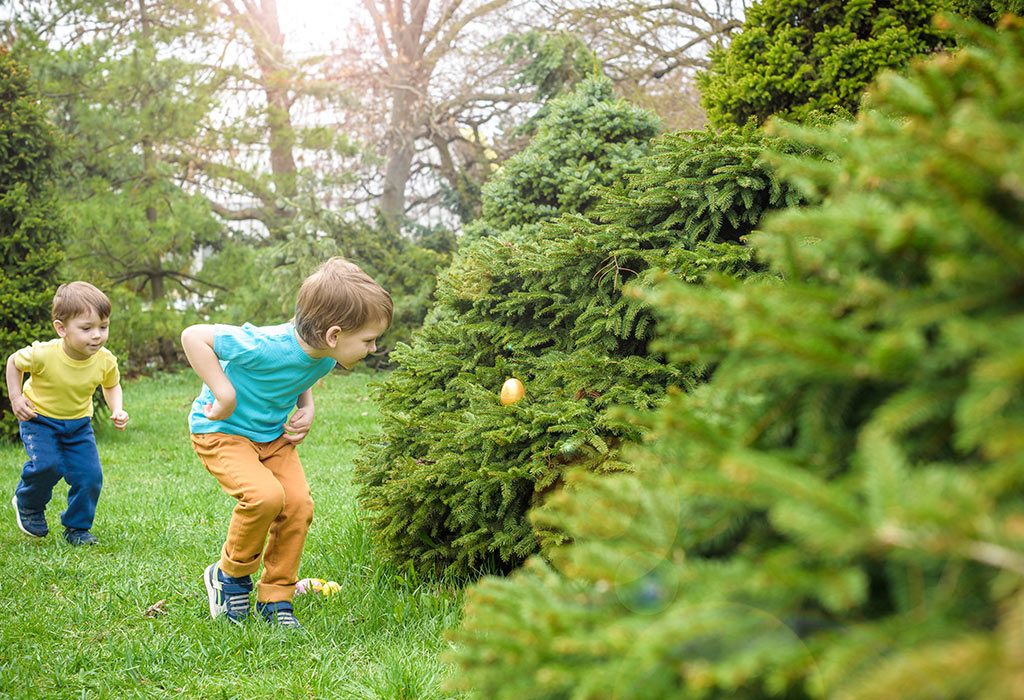 For this game, you will first need to set up something to be the ship. This can be a picnic mat or blanket that is big enough to hold everyone who is playing, or it can be a designated area, such as the sandbox at the playground. Next, teach everyone what the orders are, for example, some orders can be “Run to the ship!” in which case, everyone has to run to the ship; “Hit the deck” and everyone has to lay on his or her tummies; “Port” which means everyone should run to the left or “Starboard” which means everyone runs to the right, etc.
Anyone who makes a mistake is out but can still keep playing by becoming sharks who tag people. Once you have one or two “sharks”, you can add “Shark attack” to the list of orders. Here the sharks try to “attack” anyone who is in the “water” by tagging them while everyone runs to the “ship.” 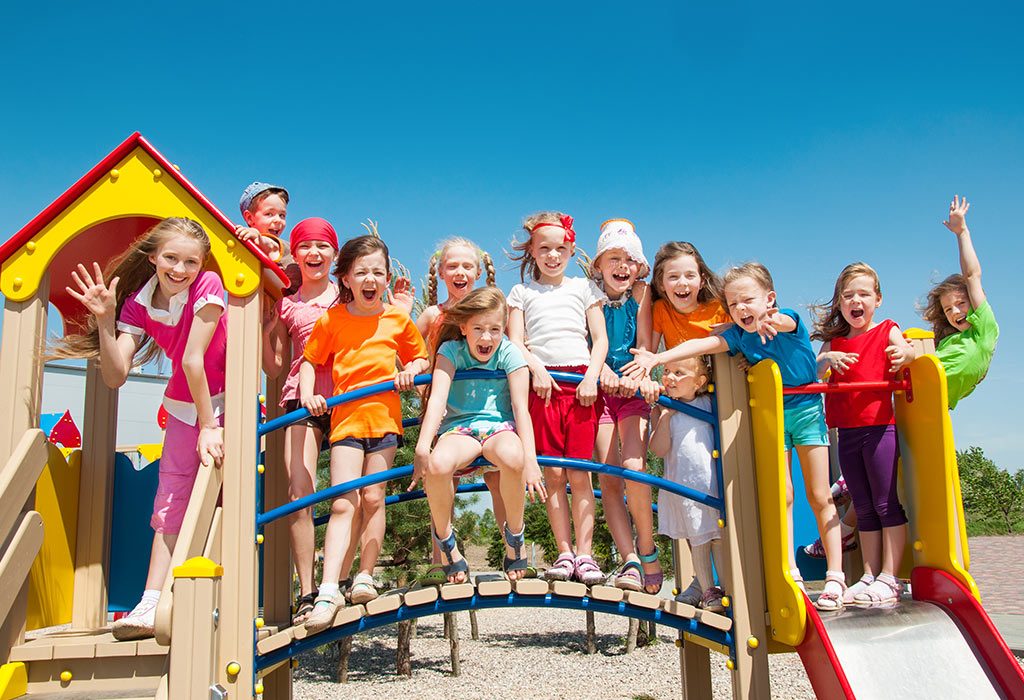 When the person who is “it” catches someone, they will need to join hands and chase down the rest of the players. Whoever gets caught is a new link in the chain. The game ends when the chain is complete, and no more players are left to chase. 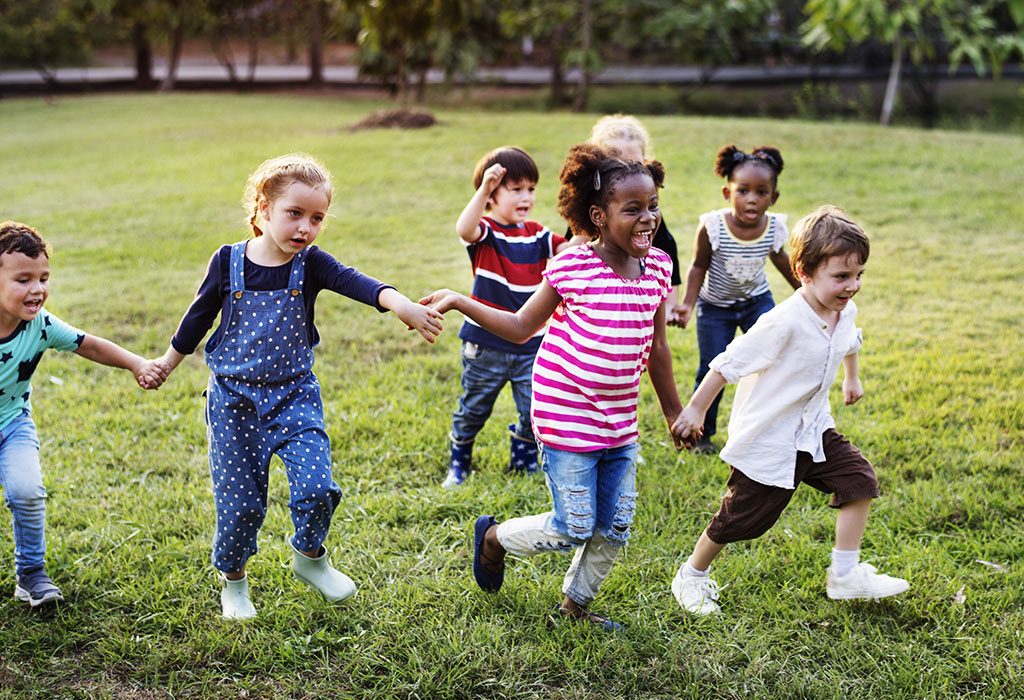 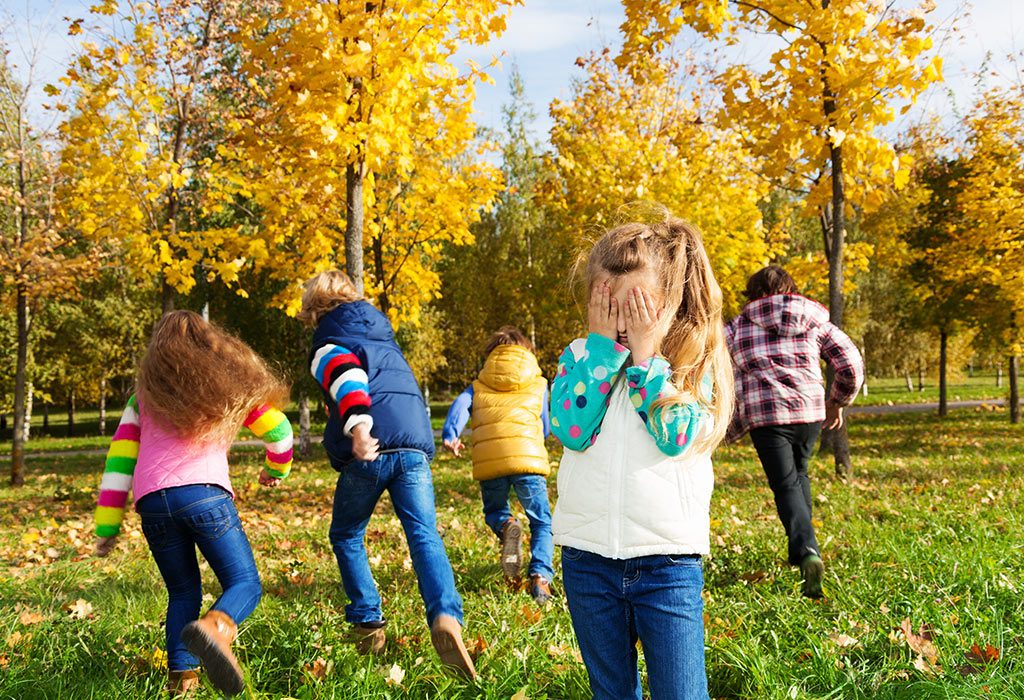 This is a different version of “hide-and-seek” as it involves only one person hiding, and everyone else doing the seeking. Once someone finds the hider, instead of calling him out, they will need to join him and hide from everyone else. It becomes ‘GAME OVER’ when the last person finds the “Can of sardines.” 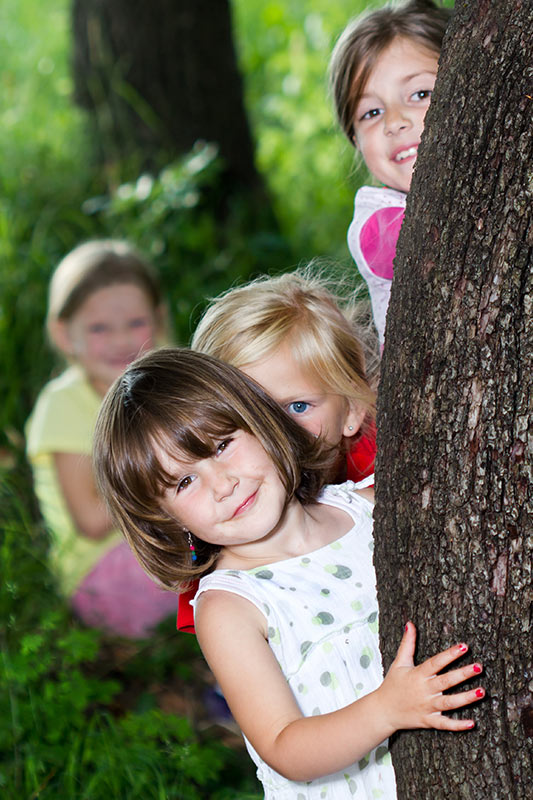 Divide everyone into teams of two and place everyone evenly on opposite sides of the rope. Keep the weaker and younger children towards the middle and the stronger players on the outer ends. Mark a spot in the ground that shows where the boundary is. Each team will have to try and pull as hard as they can so that the other team gets pulled across the line. 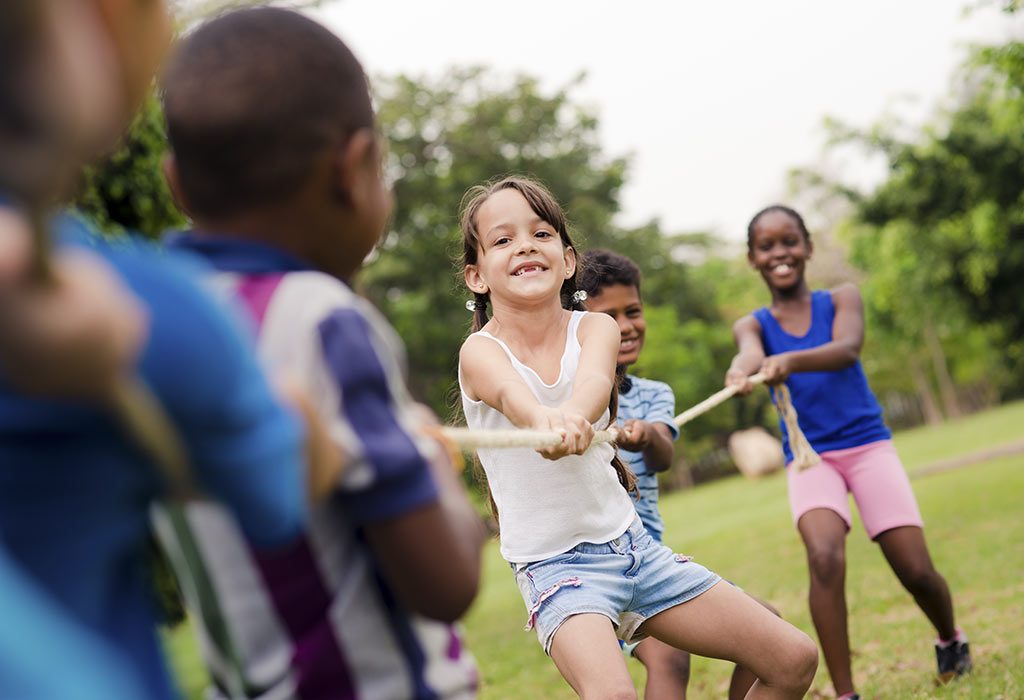 Fill some cans with sand and use them as bowling pins. Use a ball, such as a small size basketball or tennis ball, to knock them down. Keep track of scores and enjoy your outdoor bowling. This could be played using bottles that are filled with water. 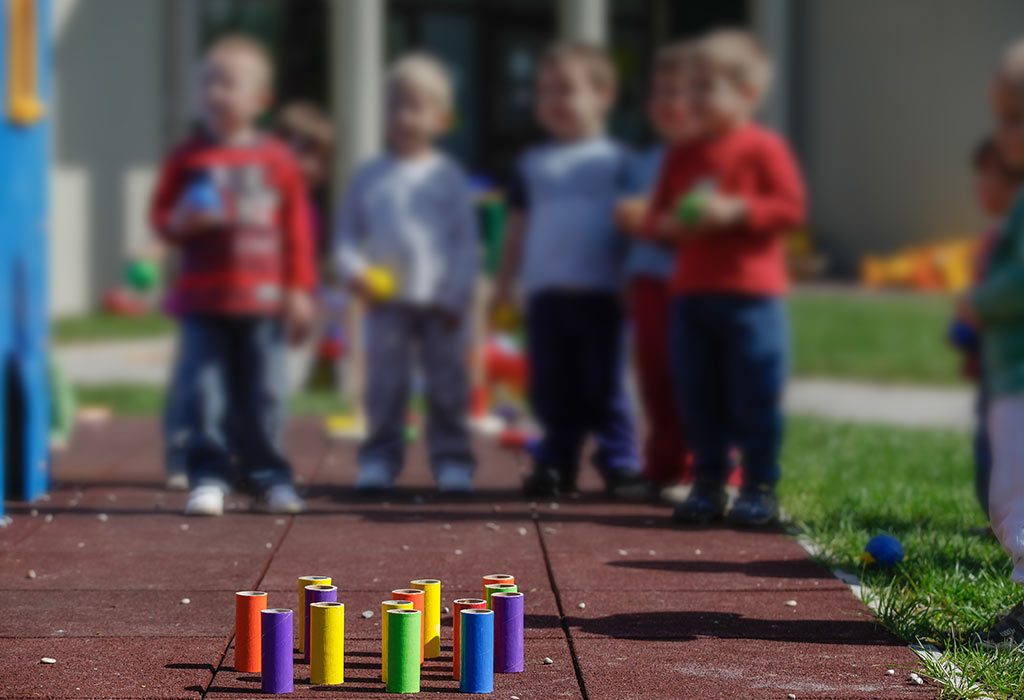 A favourite among many; badminton involves a net, shuttle and rackets. Players hit the badminton shuttle to the opposite side of the net with the rackets. If the shuttle hits the ground, the opposing team gets the point. Whoever reaches 21 points first is the winner. 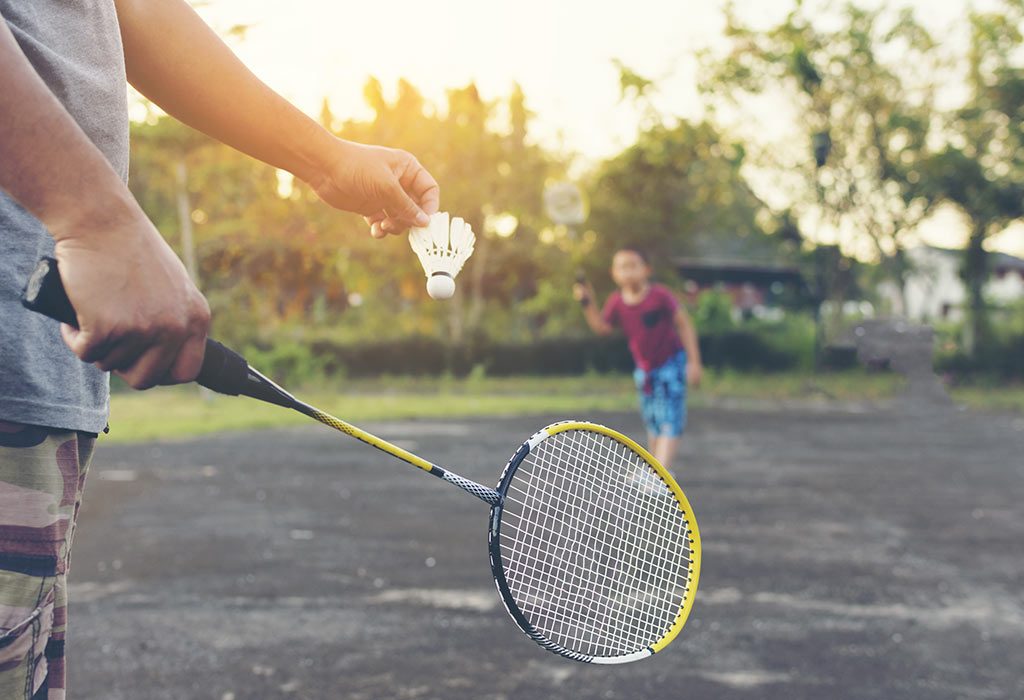 Give everyone a list of things that need to be gathered from the park and a bag in which to put them. Whoever gathers together everything on the list first is the winner.
To make it more interesting and mentally challenging for the kids, do not make a plain list, but make a list out in riddles, such as:
“I am not grass, but I am also green;
I am what makes tree branches appear unseen.”
The answer to this would be a “Leaf” or “leaves”, and so your child will need to gather some in the bag. 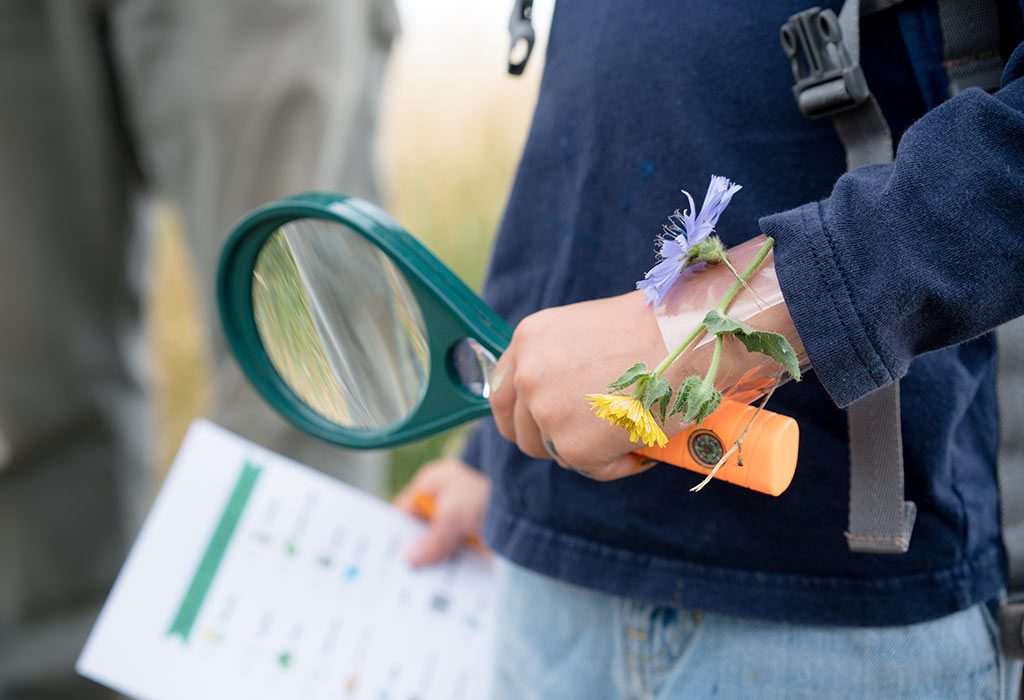 This game of tag involves everyone climbing onto whatever he or she can, be it the swings, the seesaw or even slides. As long as it is not the ground, they are safe. The person who is “it” can only tag someone if they are on the ground. So that everyone does not stay off the ground all the time, make sure to have a rule stating that they can only stay off the ground for five seconds at a time. 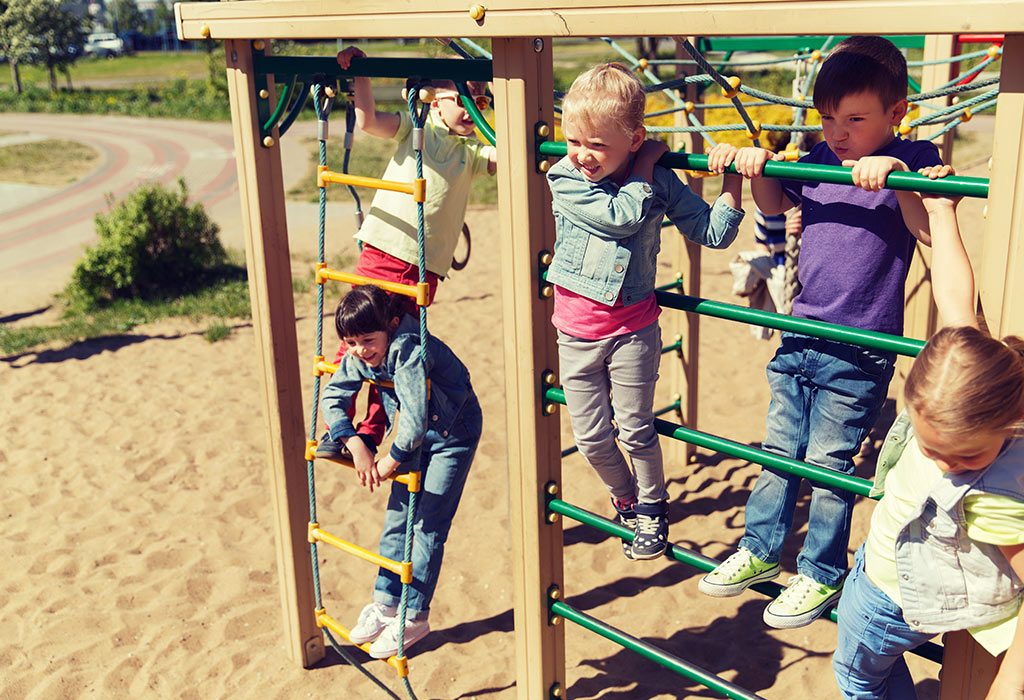 Take a walk around the park and make the children follow you. They need to copy your every move, right from bending down to look at stuff or hopping and jumping in certain places. Take turns to be the leader and give everyone a stroll in the park worth remembering. 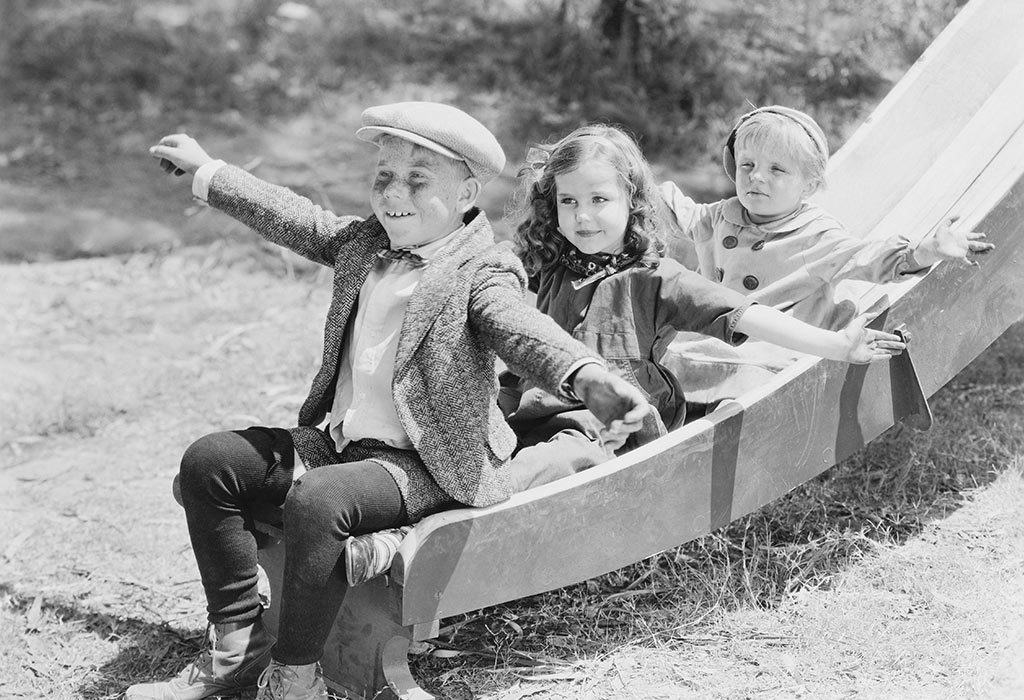 One person needs to be the traffic light and stand at the other end of the play area. Everyone else is on the other end. When the “Traffic Light” says “Green Light”, then everyone needs to start moving towards him. When he says “Red Light”, everyone needs to freeze. Whoever is moving when “Red light” has been called out will need to go back to the starting point. The first person who reaches the Traffic Light is the winner and gets to become the next traffic light. 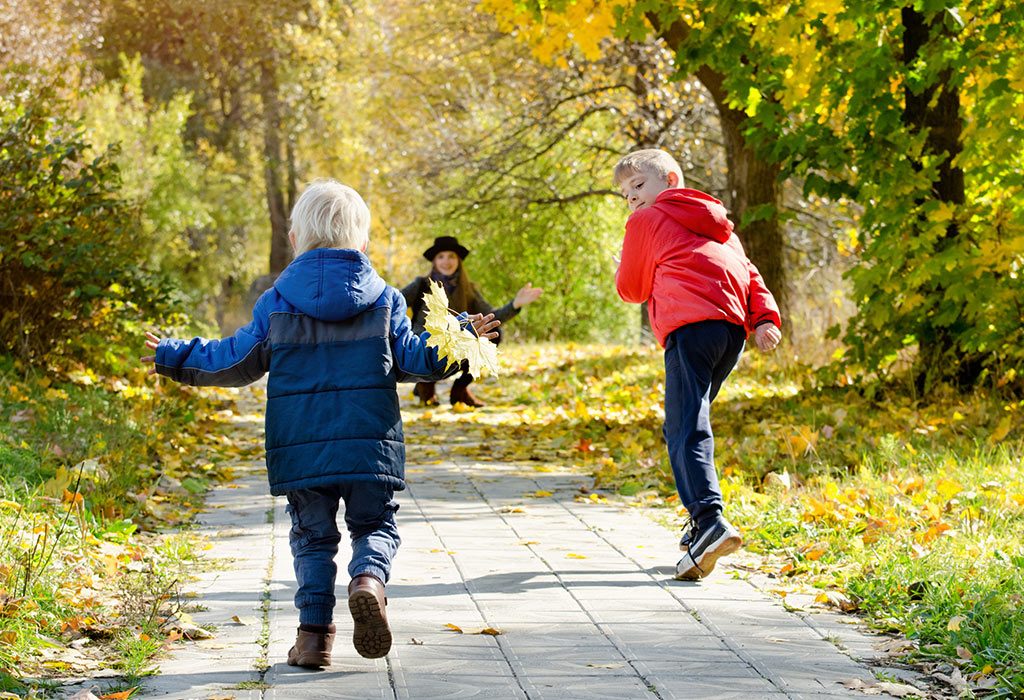 Make a numbered grid on the sidewalk and number the squares from one to nine. You will need to find the perfect stone for throwing. It should not bounce too much, but should not be hard to throw either. Drop the rock into square one and then hop over that and onto square two. Follow the rest of the numbers all the way to nine, still hopping. Then turn around and come back, but you have to stop before you reach the square with the rock in it. Pick up the rock and jump over square one, to the starting point. If you throw your rock into the wrong square, the game is over. 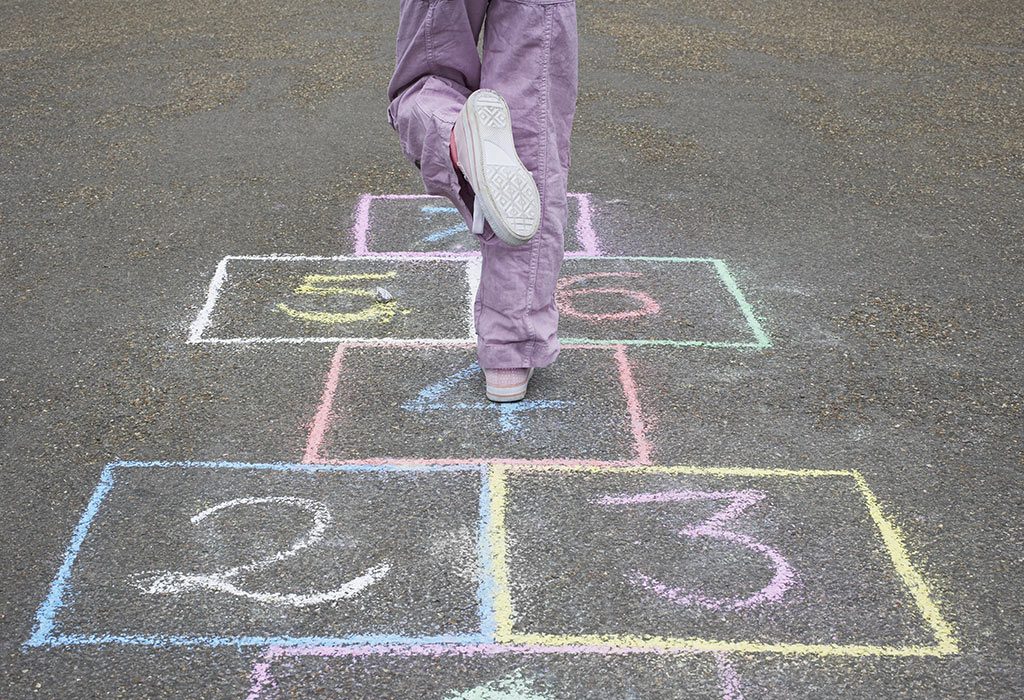 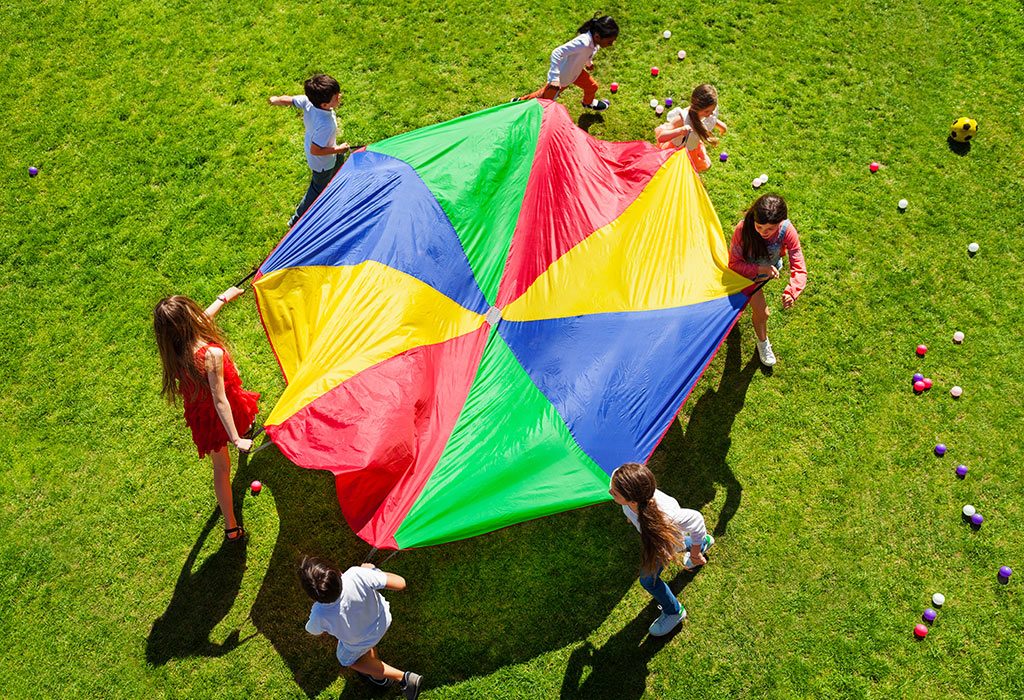 Make sure to carry plenty of snacks, and more importantly, lots of fresh and clean drinking water. Remember, a family that plays together stays together.

Is the Easter Bunny Real – Pro Tips to Answer Your Kids

Should You Choose a Montessori Preschool for Your Child?

Kindergarten Curriculum Guide – Know What Your Child Will Typically Learn

Bringing up a Sexually Healthy Child

Gauri Ratnam - September 18, 2020
We all want to relive a part of our childhood when we have kids. Gadgets and technology have now taken over outdoor play, and kids...

Is the Easter Bunny Real – Pro Tips to Answer Your...