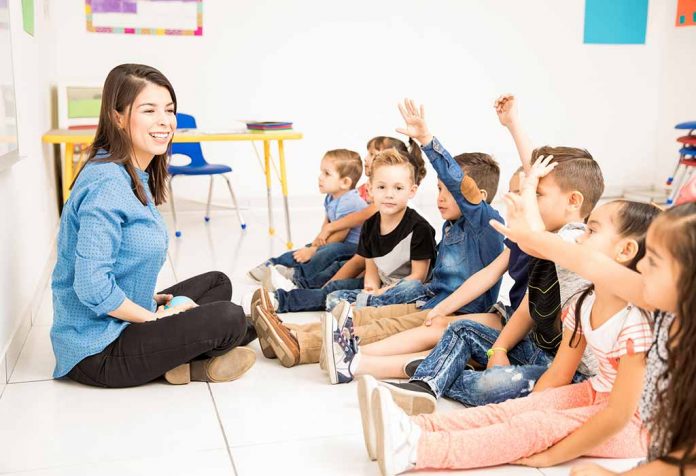 Simon Says is a game that has been played countless times by kids and adults across the world! It is a straightforward and great way to grab children’s attention, especially when you feel like things are getting out of hand. It helps provide some sort of order in a fun way, and all kids love playing it. Trying to get them to listen to you by being stern may not always work, but if you truly want kids to do something, then the game Simon Says is your best friend!

This is an activity that can be done indoors or outdoors, in a classroom, or amongst friends and siblings, and is usually a hit with the kids. Here are some tips and ideas about how you can play this game and make it better!

Simon Says – What Is This Game About?

Simon Says is an activity that is popular amongst kids, as it is fun, and involves everybody. This game is usually used to get kids’ attention and make sure that they are not going berserk. The best part about this activity is that it is not restricted by rules – you can make up your own rules and tasks to make the game more challenging but also fun! It can also be an educational activity, and help hone certain skills for kids that are essential for their development. Read on to find out more about the game, and how you can customize it to better suit your needs.

What Skills Can Kids Learn from Simon Says?

Simon Says might be a fun activity to indulge in, but it definitely has an educational aspect to it. Thus, kids can enjoy with it, and also learn from it at the same time! Here are some skills that kids can learn through this game:

How Is This Game Played?

The game is very easy to pick up. The rules and regulations of Simon Says dictate that one child or adult acts as the leader and calls out certain actions. The rest must do exactly what “Simon” has asked them to do. For example: Simon says, touch your feet! Everybody else must do what is said.

In the event where the leader does not prefix the action with “Simon Says” and just says “touch your feet”, the kids who touch their feet are out of the game. This game can have many variations and elements added to it in order to make it more exciting.

What Is the Best Time to Play Simon Says?

Although Simon Says is a simple activity for anybody to pick up, and can be executed anywhere, it must be used as a tool by adults in order to reward kids with a fun activity, or to maintain order amongst groups of kids. Here are some situations where playing Simon Says would be apt:

How to Be a Good Simon

As with any activity, there are some guidelines that you should follow, so that everyone involved can have a good time. Here are some tips on how to be a good Simon:

The most important aspect of being a good Simon is starting the game slowly, so that the others can get the hang of it, and are able to assimilate with ease. The commands should be clear and concise, so that everyone else doesn’t get confused and flustered.

It is also important that Simon is creative with the commands. If the commands get too easy and repetitive, you might lose your audience’s attention. The right way to have a great time while playing and be the best Simon is by thinking of creative commands on the spot!

Fun Simons Says Ideas for Kids to Play the Game

Under this category, the kids will get to practice not only their listening skills, but also their memory. Giving the kids instructions, and getting them to listen and memorize them so as to repeat them will greatly help them in their school and personal life. You can make these ideas simple or difficult, based on the children’s age and the requirement of the occasion.

Motor skills are very important in the development of children. In fact, Simon says can be used to utilize and practice children’s motor skills. Using their muscles will help develop these skills, and here are some ideas to help with the same:

Listening skills and memory go hand in hand. A good memory can be developed only with the help of good listening. Testing listening skills are also a good way to trick someone in Simon says. Here are some ideas to help develop listening.

Here are some other ideas that could come in handy while playing this activity. These could be any one of the above, or a mixture of them, or even simple commands that are funny.

We’re sure you’ve now gotten the hang of this fun game, and will be able to execute it to perfection. Make sure that Simon follows our tips on how to be a good Simon, so that everybody involved has a lot of fun. At no point should Simon feel stressed out about the next command! You can always make yourself available in order to help out and keep the activity going. As mentioned, this is also an educational game, so make sure that Simon throws in some ideas that help and provide the kids with subliminal knowledge. The kids are sure to enjoy your game of Simon Says, and don’t be afraid to jump in and join in! All the best!

16 South Indian Dishes Every Kid Will Love – Get the Recipes Here!