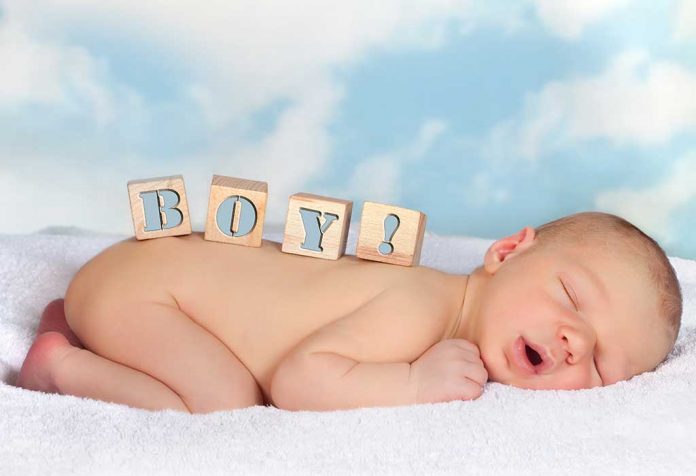 Aesthetics is the emotional or spiritual value attributed to a work of art or nature because of its beauty or other factors associated with aesthetic preference. It is a branch of philosophy dealing with the nature of creation and appreciation of things based on the appearance of an object and the emotional responses it evokes. While it is difficult to assess the aesthetic value, it is an essential determining factor in the overall value; as what people perceive as attractive tends to be in higher demand. Similarly, aesthetic boy names can carry a pleasant sound and deep meaning. Whether artsy, classy, bohemian, or modern, these monikers are unique in giving your little one’s identity something special right from the start.
Every parent has their interpretation of aesthetics and beauty. Monikers that have an indescribable stylish X-factor are gaining in popularity. These names evoke positive emotions and are starting to become a trend. This artful refinement can be found in names belonging to both genders. Lyrical, artistic, botanical, mythical, romantic, vintage, and hipster boy names with a positive connotation attract more attention than others. They are sure to make your child stand out in the crowd. As the birth of a child brings everlasting joy into a parent’s life, all parents also must gift their child an excellent aesthetic name with a lovely meaning. Parents looking for a good aesthetic name for their son can refer to the list below.

Finding beautiful and cute names for boys can be a struggle with so many options. Here is a comprehensive list of aesthetic names for boys full of goodness that uphold their innocence and pure nature.

Aloysius is a Latinization of the name Alois, which means “famous warrior.”

Ambrose means ‘immortal one’ in English.

Anwyll means ‘one who’s loved by all’ in Welsh.

In Latin, Atticus means “belonging to Attica,” the region where Athens is located, or more simply, “Athenian.”

Derived from the Old English term “bailiff,” Bailey translates to “agent of the law”/”debt collector.”

This Anglo-Saxon and Scottish name comes from the English occupational surname meaning “baker.”

Benecio means “benevolent one” in both Spanish and Latin languages.

Originally a form of the saint’s name Blaise, Blaze in Latin means ‘fire.’

Damon is the English form of the Greek masculine name damazein, meaning “to overpower, tame, subdue, and conquer.”

Declan is an anglicized form of the Gaelic name “Deaglán,” which means “full of goodness.”

Denver means ‘from Anvers’ in French.

This English name means ‘the Lord is my God.’

The modern Cornish name is derived from eloven, which means ‘elm tree.’

Derived from both German and American origin, Emerson means ‘powerful’ or ‘brave.’

According to Scottish origin, Finley means a hero or a fair warrior.

Derived from English origin, Fox refers to ‘a wild animal’.

Godiva is the Latinized form of the old English word god Gifu which means gift of God.

Derived from Scottish origin, Goldie means ‘made of gold.’

Derived from old English origin, Grey refers to a person with grey-toned hair.’

Derived from the Old English graf, Grover means ‘of the grove.’

Hawk is a stylish name that means ‘bird of prey in English.

Derived from Arabic origin, Idris means ‘studious’ or ‘lord.’ It is also the name of a prophet in the Quran.

Derived from a Scottish surname, Irving means ‘green or freshwater.’

According to Hawaiian origin, Koa means ‘the warrior’ or ‘the brave one.’

This masculine name is derived from Dutch origin and refers to ‘a bowman’ or ‘archer.’

Leopold is the modern form of the Germanic name Luitbald and means “brave.”

Derived from American origin, Maverick means ‘independent one’ or ‘non-conformist.’

Nazareth was the Israeli city where Jesus was born. It means ‘sanctified.’

According to Greek mythology, Orion refers to a ‘mountain dweller’ or ‘a constellation of stars.

Derived from German and Irish origins, Oskar means ‘the spear of God.’

Quincy means ‘estate of the 5th son’ in French.

Derived from Irish and English origins, Rowan comes from the Irish name Ruadhán, which means “red-haired.”

This ancient Roman name means ‘a redhead’ in Latin.

Tamsyn in English means ‘a twin.’

Tapio originates from the name of the Finnish God of forests, animals, and hunting.

According to English and Norse origin, Tate means ‘cheerful.’

Vihaan means ‘the dawn’ or ‘sunrise’ as per Indian origin.

Vincenzo in Italian means ‘to win,’ or ‘to conquer’.

Wyatt means “little warrior water’ or a Christian boy that serves god” as per American origin.

Alexander is the Latin form of the Greek name “Alexandros” and means “defender of men.”

Derived from African origin, Zuma means ‘to be sweet’ while it means ‘little deer in Arabic.

Cute names for baby boys should not just define their individuality but also sound fashionable and unusual. Parents on the lookout for names that fit into the present generation must consider uncommon yet popular choices with a meaning that may inspire a child to walk on the right path and live up to the glory of their name.

37 Weeks Pregnant With Twins or Multiples

How to Do the Superman Exercise the Right Way

Symptoms and Treatment of Keratosis Pilaris in Children