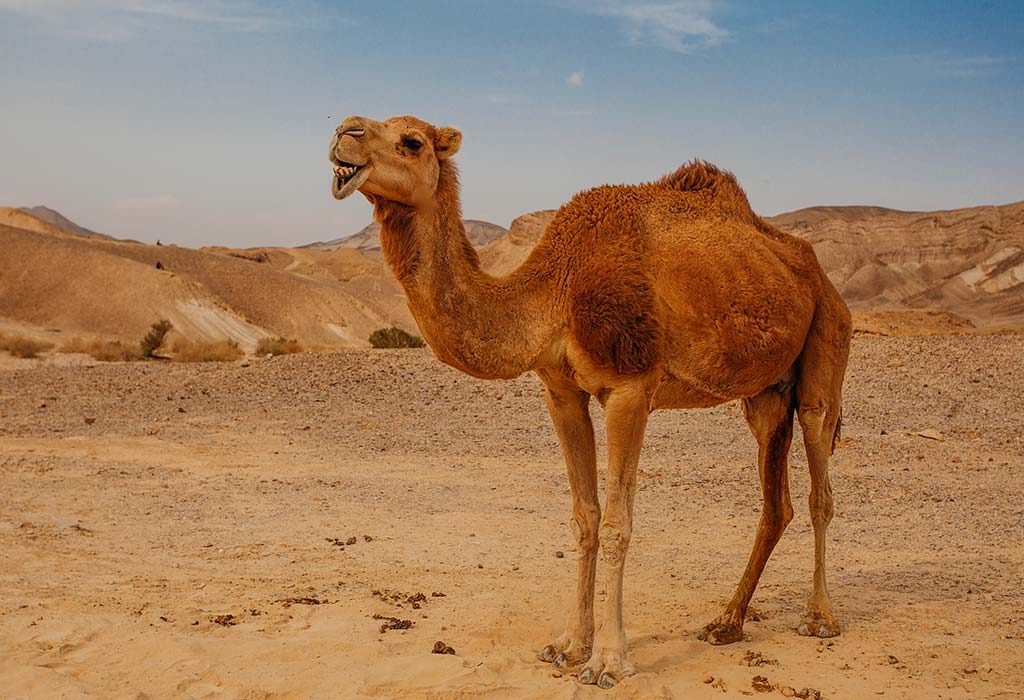 Camels are found in the deserts of Asia and Africa. They were domesticated thousands of years ago and have been a means of transportation ever since. Camels are also called as the ‘Ship of the Desert’. Continue reading to know some fun facts about camels.

Amazing Facts and Information About Camels for Children

Here are 15 facts that have all about camel for kids:

Camels are amazing animals that have evolved unique ways to survive in extreme desert conditions. They can survive on grass, dry plants, and thorny bushes. Make sure you tell these facts to your children, we are sure they will love hearing it.