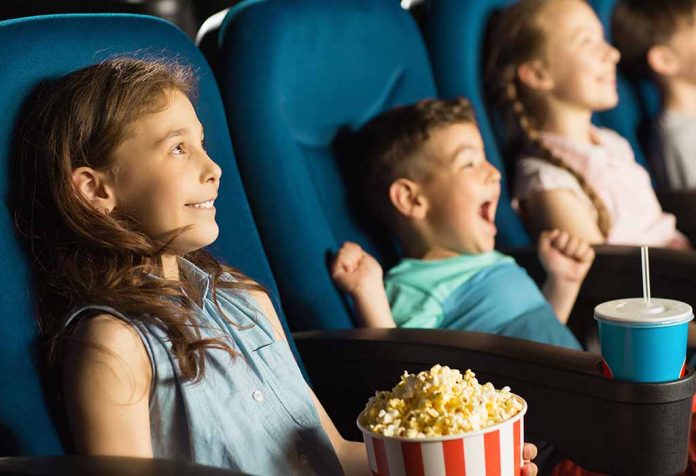 Movies have the ability to transport us into different and magnificent worlds, stimulate our curiosity and also help us escape the realities of life. However, when kids are concerned, parents need to pick and choose movies appropriate for their age groups. If your child has been requesting you to allow him to see action movies, you can choose from a wide range that offers an edge-of-the-seat thrill for kids! Here’s a list of action movies for kids we’ve put together that can come handy when you are pressed for time and need to plan a movie date with your kids at the last minute.

Known for its kinetic martial art sequences, this movie explores the protagonist’s adventures in a wonderfully drawn Cinemascope animation. This film’s humour and heart-warming message appeal to all kids as a clumsy panda becomes a Kung Fu hero when he gathers all his strength to protect his people from the evil snow leopard.

This game turned comedy-action movie is a fast-paced sequel that makes clever cartoon mayhem. There are tons of funny moments kids can enjoy when the birds and the pigs play pranks on one another. As the birds and the pigs are threatened by a rogue eagle, who sends destructive ice-balls toward them, they unite and come up with a scheme to use an elaborate weapon to destroy the common frenemies. The film has a feather-light approach without trying to be preachy.

3. Rise of The Guardians

This wonderfully animated movie is a fantasy land to get lost in. When an evil spirit named Pitch returns to Earth to assault innocent children and take over the world, the immortal guardians with extraordinary abilities team up to protect the children. It has an ingenious plot and surprisingly substantive message that we should never stop believing in good, no matter the odds.

This rip-roaring superhero adventure is a classic story of a family of undercover superheroes who are forced to live normal lives. The husband, Mr Incredible, longs for an adventurous life and takes the opportunity to battle a rogue robot, but he only lands in trouble. It is then, up to his wife and kids to save him.

This blockbuster movie leverages a timeless good-versus-evil story. It is about an ordinary LEGO figurine that is mistakenly considered to be special. He gets the huge responsibility of saving the Lego world from the evil tyrant who wants to conquer it. This movie affirms the worthiness of teamwork by challenging to revere the specialness of every person. Humorous and visually funny to watch, its incredible visuals and dazzling creativity make it a must-watch for the entire family.

This American fantasy adventure film is about four students drawn to the forest world of Jumanji while playing a magical video game. They get trapped there as avatars and must finish the game by going through the most dangerous adventures of their lives to return to the real world. Beneath this action-packed game and energetic entertainment is a heart-warming message to come to terms with one’s real identity and value the differences in others.

7. Beauty and The Beast

This live-action adaptation of an old Disney classic fairy tale has a compelling story and amazing music that makes it so memorable! A beautiful and independent young woman gets imprisoned by a beast in a castle. Despite her fears, she learns to look beyond the beast’s hideous exterior and discovers the creature is an enchanted prince who has been cursed.

This Pixar classic has a simple yet dramatic plot that comes alive by its sharp wit, humour, and impressive animation. It is about a cowboy doll, Woody, who finds himself in direct competition with his owner Andy’s new toy, Buzz Lightyear. When rivalry intensifies, Woody accidentally throws Buzz out of the window. When the other toys expel Woody, he must find Buzz within two days as Andy’s family is shifting out of the house.

This action-packed film is full of energy, humour, and entertaining fight scenes. It is about a boy who gets bullied and tries to convince an old Japanese man to teach him Kung Fu for self-defence.

This colourful and comic bird tale of a high-spirited, adolescent falcon, Koi, has many adventure and cartoon actions. He runs away from home and travels to the bird metropolis Zambia where he finds many colourful friends and gets involved in many adventures till he discovers some secrets about his past.

Apart from being a major source of entertainment, movies encourage the creation of deep interpersonal and intrapersonal relationships. The high-energy action movies for children listed here are designed to expose children’s young minds to the cinematic universe where the good always triumphs over evil and offers them a guide to surviving in this world full of imperfections.

Proper Upbringing Can Influence Your Child’s Attitude From Childhood

Embryo Donation and Adoption – A New Path to Parenthood