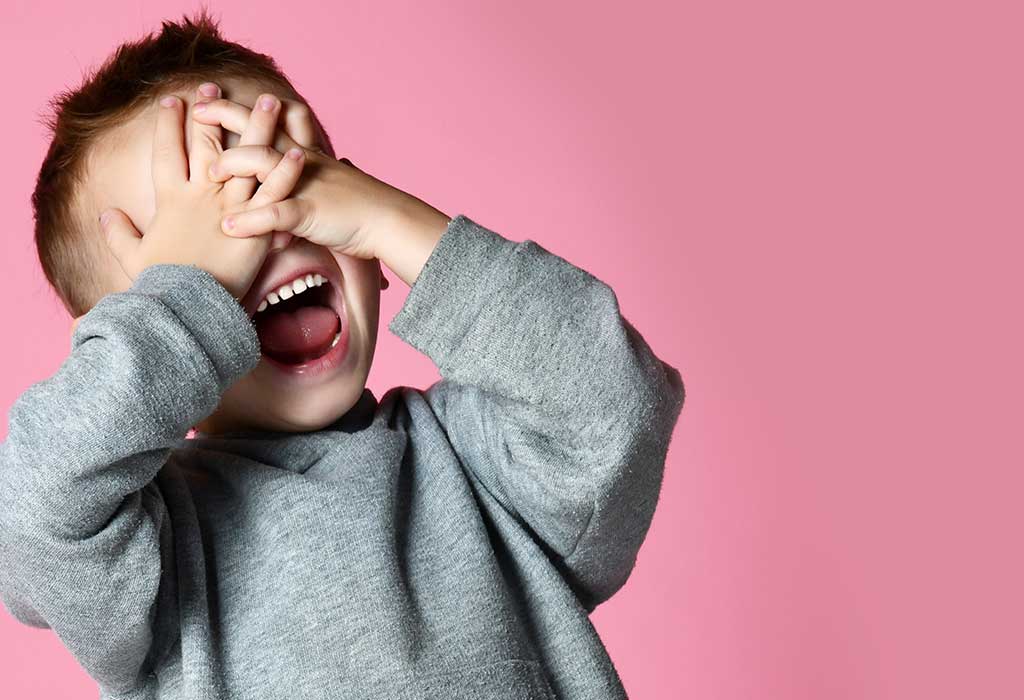 It finally happened; maybe you forgot to lock the door, or you were too loud. The thing you might have been dreading has taken place: your kid caught you in the act! It happens to many couples; you may have read about it in online forums, or heard celebrity gossip on a TV show. While it is funny to others, it can be the most embarrassing thing that has happened to you, and leave an awkward memory in your child’s mind. So, what to do if your child catches you in the act? Continue reading for some useful tips to deal with what comes next.

What to Do When Your Kid Catches You in the Act

Here are some ways to respond when your kid catches you in the act:

1. Stay cool and contain the situation.

The one thing you don’t want to do is panic or act surprised when your kid walks in on you mid-hump. If you look anxious or totally embarrassed, then your kid can pick up the emotion, and think something bad might have happened. Instead, greet him with your usual hello, or a “Hey, bud, I didn’t see you standing there!” in a casual tone, as you pull your sheets up. Avoid any strong reactions, and stay cool.

2. Wait for your child’s reaction.

If it happens to be in the middle of the night when it’s dark enough that your child did not see too much detail, wait for his reaction before you jump into making an excuse or ask what he saw. If your child is very young, there’s a good chance he didn’t even see enough to process what’s going on. Switch the conversation to something usual, such as “Did you have another nightmare?” or “Do you want something to eat?”

3. Tell your child why you are naked.

If your child happens to see you without clothes, take a moment to settle down, and tell him that you were cuddling with mommy/daddy and she/he is about to go take a shower.

4.Try and understand the child’s emotions.

As soon as you see your child, avoid looking away while you talk, and instead look in his face to figure what might be going on in his head. There could be several reasons he may have walked into your room; maybe he woke up from a nightmare, maybe he wanted to snuggle, or maybe he heard your sounds and wanted to investigate! Once you have figured out his emotion, your natural instinct will kick in to guide the conversation.

Sure, your child might have caught you in your most kinky or vulnerable state, but now’s the time to switch back to parent mode. Act natural, and ask your child to come to bed for a reassuring hug to let him know that that everything is normal, although you are sweaty and panting. If you aren’t comfortable with that, ask him to go back to his room, and tell him you’ll be there in 30 seconds.

Saying the right thing can immediately put the situation at ease, but you have to be collected enough to have that knee-jerk reaction. Take a moment and tell your child something as simple as “We were having a little bit of private time.” If not, have another line ready in mind for such a situation. This technique’s success will largely depend on how old your kid is, as his understanding of privacy depends on his maturity.

Resist the temptation to lie. Children are pretty good at picking up on your facial expressions when you lie or tell the truth. Especially when they catch you in the middle of the act, your lies will not be as coherent as other times. If your kid sees that there’s obviously more going on than what you’ve said, it sets a bad precedent.

8. Try being straightforward about it, if you can.

While it is easier to cover it up with a sugarcoated explanation, it is better not to teach children something they will have to unlearn later. If your child is old enough to understand it, you could find a way to tell him it is an adult thing that he would eventually learn when he grows up. If you can manage to say it in a factual and calm tone, he wouldn’t think of it as that big of a deal!

9. It could be the start of a conversation.

Kids are instinctively curious, and if they have seen more than what you can account for then, it’s time to talk. Tell your child that you will discuss it with him later, and have a talk with him about sex. You could begin with the basics that work for his maturity level, and build on it over the years. While many parents think it might be harmful, the reality is quite the opposite.

10. It’s okay to let the child leave without an immediate explanation.

If your kid is old enough and knows about sex, or if he is a teenager, he will run out in horror or embarrassment. You don’t have to make up an excuse immediately. He knows what is going on, and he will need some time to settle down, just like you do. Once things settle, and your kid is out of the “caught my parents in the act” shock, you could sit down with him and have a talk.

Things to Say When Your Child Catches You Having Sex

If your children are too young to understand sex, then these lines can save the day:

What better explanation to think of to tell your kid why you’re both naked and sweaty in bed, than to say it’s hot in the room! Then, put your clothes back on, turn on the AC or the ceiling fan, and proceed to casually send your kid back to bed or fix him something to eat.

If you don’t know what to say immediately, you can tell them that it is your alone time without explaining the details. Most children can understand alone time, and will get the message that they are supposed to leave.

3. “Daddy was giving mommy a massage.”

Most kids know that massages are given when you are partially naked. If you can spin it convincingly enough, you can tell your child why you’re totally naked while giving a massage. If you’re sweaty enough, that could pass for the oil!

If you can answer it with a poker face, then asking this question casually can diffuse the situation. You need to be convincing enough that it’s totally normal for mommy and daddy to be naked in bed together.

Cuddle time is something all kids love, and they will believe it if you tell them that it’s a thing for grown-ups as well. This is a good excuse if you are in the right position in bed!

It is convincing enough for the moment, and you can get away with this quick fix. However, it would be quite embarrassing when your kid grows old and takes off his clothes the first time he wrestles with his friends!

If you’re into costumes, then your sexy time might not totally a naked act. A young kid can be convinced that it’s a costume party if it looks convincing enough.

If you are one of the many parents caught having sex, here is how you can cope with it:

Maybe your door malfunctioned, or it doesn’t have a lock. Whatever the reason might be, remember to lock the door if you think things might get a little hot. You can also teach your kids to knock before they enter.

Sure, it’s embarrassing for you, but it’s mostly not as bad as you thought it would be for your kid. If he is very young, there’s a chance he might not have realized what was happening or even though deeply into it.

Toddlers and younger kids wouldn’t even recognize something is gone on unless you’re very vocal in the act. So even if they wake up, quiet down and allow them to go back to sleep.

If your children are worried that there was something violent or scary going on, that might be a problem. Prepare yourself for how you could explain it to them age-appropriately, and have a talk.

5. Dial down the details.

Answer only how much they need to know, and cut down on giving too much information. Only tell them enough to answer their questions, and leave it at that.

You could tell them something as simple as “We were playing!” and it would suffice. If they ask for the details, you can always change the topic!

7. Don’t get too awkward around them.

After your initial explanation, the next time you see them, remain cool like it’s just another trivial thing that’s not worth remembering or talking about.

Unless they saw you in the middle of an act that might have freaked them out, you could wait for them to ask you before you open a conversation about the topic.

If you feel they deserve an explanation for what they saw or you notice them being awkward around you after it, it is time for a one-on-one conversation. Ensure there are no other family members around and be warm enough for them to ask questions.

Getting caught in the act can be very embarrassing for the parents. Therefore, it’s best to have a conversation and not sweep it under the rug. If your kid is young enough, you could use an easy fix and come up with something for the moment and let it slide. Older kids will need some one-on-one explanation time.