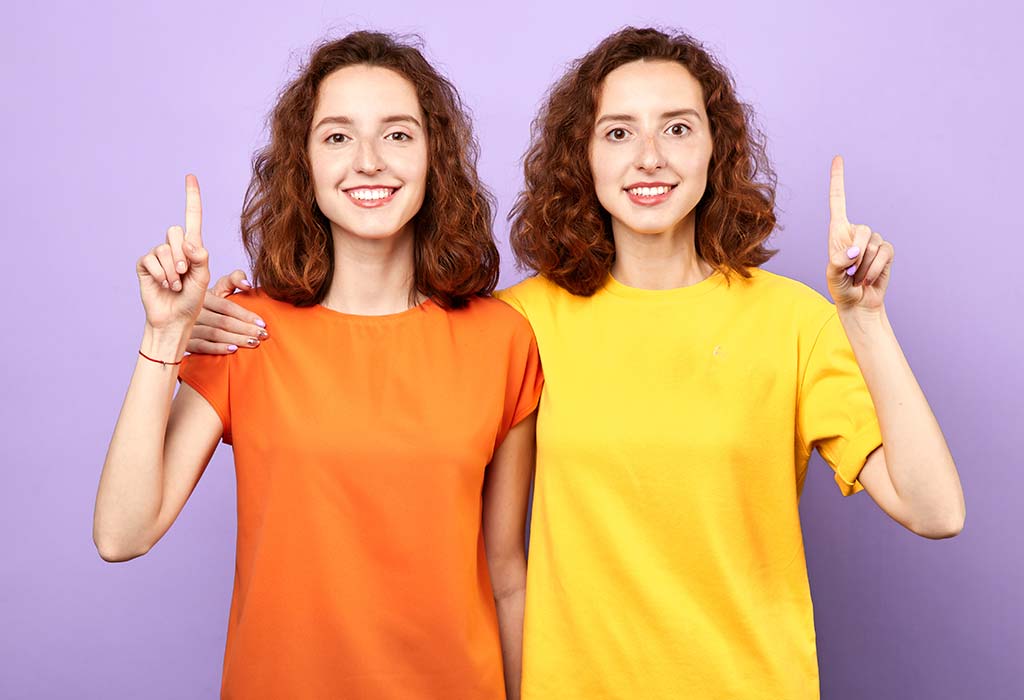 Twin telepathy has been around for a while. But many people don’t know what it is or how it works. Let’s take a moment to explain what twin flame telepathy is and get your brains working so you may ask some questions of your own about this phenomenon.

What Is Twin Telepathy?

Twin telepathy is a theory that has been dismissed as a myth in psychiatric literature. Psychologists have stated emphatically that no empirical evidence for telepathy between twin flames has been discovered in any research studies on the subject. In simple words, twin telepathy is telepathic communication between two twin flames; it is a form of psychological communication that grows as the journey progresses.

Is Twin Telepathy Real or a Myth?

When an embryo is placed in the uterus, the progenitor cell splits into twins. Genetically identical twins are fraternal twins. Telepathy is a term that refers to the ability of two individuals to converse without using their thoughts. Every scientific breakthrough is tainted by chance. Telepathy may be triggered by a person’s proximity to another one.

The existence of comparable brainwave patterns may explain twin telepathy. Identical twins often comprehend one another’s thoughts and emotions, even when they cannot communicate themselves. Twin flame telepathic communication with another person is feasible if they can interpret each other’s transmissions. Although it seems improbable, identical twins may be able to read one another’s thoughts. It’s tough to dispute that most human experiences and narratives result from random events.

What Is the Reality of Twin Telepathy?

Multiplying siblings have a special bond beyond the traditional sibling connection. This is one of the enigmas of multiples. While the twin link is unquestionably a unique and special relationship, others believe it is blessed with remarkable attributes, including psychic powers.

Numerous twins seem to have an intuitive awareness of their co-emotional twin’s predicament. While few studies have been conducted to quantify or confirm this, twins often report feelings of heightened emotional or physical closeness when their twin is in distress. When their twins are in danger, it is relatively unusual for twins to convey a sensation that ‘something is wrong.

Due to their co-mental twin’s or physical condition, one twin may have a comparable sensation in their own body. A twin in Italy reported her strange stomach troubles to authorities while her sister went into preterm labor. While there is no scientific evidence to support these individuals’ assertions, their personal experiences cannot be discounted. Even if they are just coincidental, they do occur.

Does Telepathy Work With Twins?

Two reunited and drawn toward one another aspects of the same spirit are constantly exchanging energy in the opposite direction of their journey. You’ll notice that telepathy is not restricted by physical distance, as you’ll see in a moment when we examine various twin flames and telepathy stories. When communicating with our twins, it is not necessarily about the information we want to provide or the time frame we wish to share it.

Is it possible to tell whether you’re experiencing twin soul telepathy or something else entirely? After reading the following symptoms, it is possible to identify with some of them.

Can You Call Out or Send Telepathic Messages to Your Twin Flame?

As a general rule, you have little influence over this communication until you conclude your trip and no longer need someone to explain it to you. As a consequence, no action is required to activate it. You will not have to exert any effort to accomplish your goals since the process will take care of itself. Maintain focus on your holiday goals and do all possible to discover a real twin flame along the road. Fortunately, there are a variety of techniques to increase its visibility.

Keep in mind how this link will get stronger as your adventure progresses. Your telepathic abilities may be at their peak during an excruciating separation period. When your subconscious connection to your twin flame becomes more evident, this is a strong predictor of a twin flame reunion.

Do Twins Have Any Special Connection? 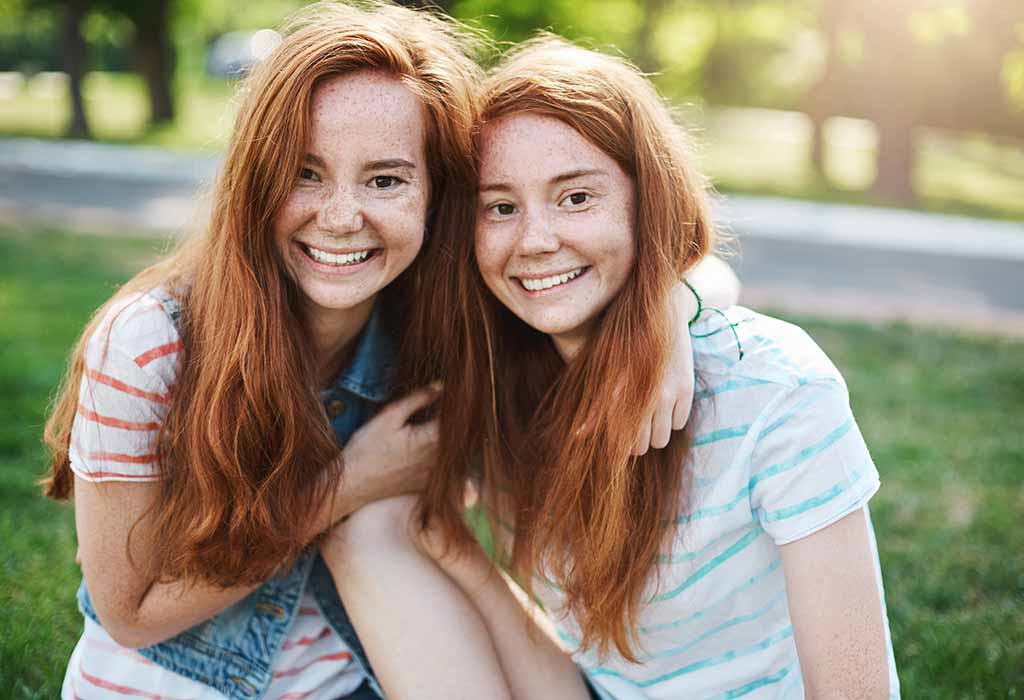 An identical twin link is scarce. How would you feel if you met someone for the first time after nine months? Twins share a plethora of characteristics biologically, to differing degrees. In addition to monozygotic twins, dizygotic (fraternal) twins exist. From the same substance, a pair of identical twins are formed. They are created when fertilized eggs are divided. Sperm, egg, and DNA are all equivalent.

By contrast, fraternal twins are different individuals. They have the same DNA as non-twin siblings but are genetically distinct owing to their conception by two particular eggs and sperm. Separate sperm fertilizes two other eggs. Additionally, since twins share genetic information and life experiences, it is critical to realize that they are not identical.

The subject of whether twins share similar thought processes may be divided into two parts: how and what. According to a new study of brain activity patterns, it has been found that identical twins think more similarly than fraternal twins. When it comes to mathematics, identical twins tend to think similarly.

When twins complete one another’s sentences or spontaneously speak the exact phrase, it’s difficult not to assume they share the same thoughts. Once they’re both in the same room, that is odd on a strange level. Twins commonly assert that they share the same thinking or action even though they are not physically present in the same place. They are constantly wearing the same clothing without consulting anybody else, alternatively, by trading matching gifts.

Twins are not the only ones that behave in this manner. Such similarities can also be found between siblings, partners, and even close friends. This form of closeness is pretty nice when it develops due to sharing a life with another person.

What Is the Mechanics Behind Twin Telepathy?

Individuals often repeat themselves, for example, when they say or do something they’ve already said or done or when they make a mistake on a test. Thoughts concerning the integrity of the twin telepathy concept have regularly entered my thoughts. Twin telepathy is the ability to comprehend the thoughts and emotions of another twin without their awareness. As a result, twin relationships are more stable than those between siblings. They have a sixth sense! You may experience similar feelings in different contexts, and you may even perform the same thing concurrently if you are twins.

Identical twins are more likely to undergo twinning than fraternal twins. Almost the same brain development is the outcome of a nearly identical genetic background. The similarity of their brain waves shows that their brains work substantially similarly. Despite their varied origins, they share a great deal.

Do Twins Have Any Secret Language?

Incomprehensible languages are often seen between twins. Their cryptophasia or idioglossia is well documented. Contrary to popular belief, this is not a rare event. The majority of twins have their languages, which often fade rapidly. This study analyses nine distinct languages. It has its origins, ties with parents’ languages, and structure. The conventional arrangement is for two or more close siblings (not necessarily twins) to grow up together.

When an adult model is unavailable, children use one another as models to acquire language. The language may then stabilize. Children do not develop language in the absence of a model. Without a morphology and a word order based on pragmatic principles such as saliency and semantic scope, this language may be incomprehensible to speakers of model languages. Contextual factors can explain neither the language’s structure nor its development.

Particular twins claim that they felt their sibling’s agony because pain may be psychological and sympathetic. Due to their close association and almost identical physical structure, there is a possibility that the notion is true.

What Does Studies Say About Twin Telepathy?

Environmental and genetic influences on features, phenotypes, and illnesses are the subject of identical or fraternal twin studies. Evidence for twin telepathy studies is critical in behavioral genetics and content areas such as biology and psychology.

Traditionally, research on twin telepathy has used twins to compare nature and nurture. Identical twins may be evaluated for inherited or environmental impacts on their health based on their shared genetic code. We analyze twins to determine the extent to which genetics and environment impact a trait—this kind of studies aid scientists in identifying genetic and environmental risk factors for disease.

Instead of being founded on scientific data, most tales of twin telepathy are based on personal anecdotes. These accounts are particularly fascinating in light of strange events such as twin telepathy (or coincidences). We are unlikely to have heard about Leanne’s mother rescuing her in the absence of her mother. Only a small percentage of twins claim to have a psychic link. While the concept of psychic talents in general and twins, in particular, is fascinating, scientific validation is weak.

Despite several accounts to the contrary, twin telepathy has never been scientifically proved.

The ‘Jim Twins’ are another example of potential telepathy. These identical twins had never met or been aware that they had a sibling until lately. Additionally, they each built a white seat around a tree to serve as a resting place. It isn’t easy to believe, but a good deal of it is random. The brothers were taken aback when they discovered how much they had in common. Experts believe that if they were nurtured together, their personalities would remain unchanged.

Gemma Houghton, 15, was fearful for her twin sister Leanne’s safety in the spring of 2009 when she was just 15 years old. To help her sister, she rushed to the bathroom and discovered her unconscious and rapidly deteriorating in the tub. Leanna was having a seizure in the bathtub and could not be rescued. Finally, Gemma was able to save her sibling. Gemma says that her unease and “twin telepathy” saved her life. Telepathic twins, on the other hand, are not the only kind of twin. Particular twins, remarkably identical twins, are said to have a psychic connection.

Many identical twins likely have similar impulses, inclinations, or preferences, which might explain why they sometimes perform the same thing simultaneously, whether due to genetics or environmental influences. Whether or not telepathy can be regarded as a relationship between identical twins, they seem to have a sibling bond, unlike any other siblings.

Previous article « Strong Family Relations Makes Happy and Strong Kids
Next article Why Do Babies Catnap and How to Manage It? »