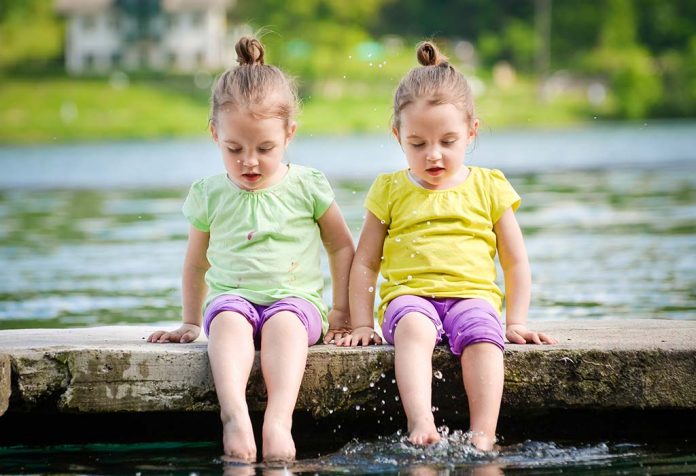 Who are Identical Twins?

When the same pregnancy bears two offspring, they are known as twins. In a normal scenario, only one egg gets fertilised by a single sperm. However, when the egg gets fertilised and starts to divide and develops, it can split into two. After the split, as the two zygotes travel to the uterus, each continues to grow. This is how identical twins come about. Identical twins are also known as monozygotic twins as they develop from one egg. Twins that develop from two separate eggs that are fertilised by two different sperms are called fraternal or dizygotic twins.

Identical twins fertilise from the same egg and are thus known to carry the same genes. They may share the same DNA but they may not be identical and may not be alike always. The moment the single zygote splits into two embryos, immediately the DNA starts to diverge for each of them. The difference in DNA is not detected in ordinary tests but if the entire genome of both the twins is tested, these differences can be seen. Everyone’s DNA invariably differs and that stands true even in case of twins. For example, the fingerprints on an identical twin pair differ too.

When Would Identical Twins Have a Different DNA?

A person’s DNA gets modified due to epigenetic mechanisms over a period of time such as DNA methylation. This results in changes in the chemical structure of the DNA and also affects the activeness of certain genes, based on the lifestyle and other differences. The DNA of identical twins can change with the environment they grow up in. Environmental factors can influence a person’s physical appearance too.

Identical twins are most often described as clones of each other. They most certainly have the same genotype since they develop and are born from the same fertilised egg but they may not be exactly alike.

The Significance of Vastu Shastra in Your Life

Basics to be Learnt to Put a Baby to Sleep.. Without Forcing or Any Other Pressure

8 Tips for Dressing Your Baby as Lord Krishna

Spare the Rod, Spoil the Child! Do I Believe It?