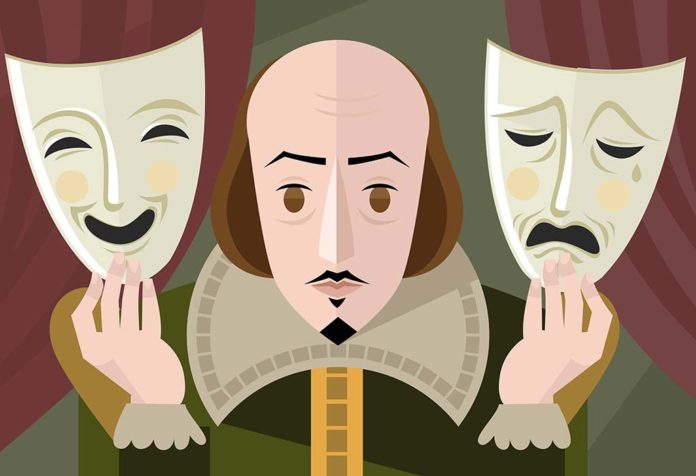 Babies are assigned names as an identifier that marks a collection of traits that parents hope would manifest in their character later. Names from Shakespeare’s drama and plays reflect the times and society they inhabited and impressed parents across generations. Thus, if you find yourself losing sleep over selecting the name of your newborn child, this inventory of Shakespearean names will come to your aid.

Fondly known as England’s national poet and the “Bard of Avon,” William Shakespeare was a playwright, poet, and actor, considered the father of modern English Literature. Among his 39 plays, 154 sonnets, three long narratives, and a few other verses, he covered genres such as comedies, tragedies, histories, and tragic comedies. His plays are full of famous Shakespeare names belonging to characters ranging from kings, queens, jesters, warriors, and commoners who have heroic, romantic, and diabolical characteristics that have survived the test of time.

They all have charismatic names with relevant meanings that can serve as a pool of inspiration even for modern-day babies. Whether you’re a literature enthusiast, theatre lover, or history buff, here is an alphabetically organized list of some of the best Shakespeare baby names that have remained popular through generations and can make your children as famous as the characters they represent.

Read on to pick one from the list of Shakespeare baby boy names with suitable meanings that would trigger an association with the character bearing the moniker.

This Hebrew name means “son of the red Earth,” which comes from the word “Adamah,” meaning “earth” or ‘earth.’ He is an elderly servant in ‘As You like It.’

Abram is a Biblical Hebrew name that means ‘exalted father.’ He appears in Romeo and Juliet as Montague’s servant.

Arthur is a Celtic name that means “king” or ‘brave and strong’ in Hebrew. He is the elder brother of John in ‘King John.’

This Scottish name means “Advisor and Confidant.” He is a general in ‘Macbeth.’

This Italian name means ‘good wisher.’ He is Romeo’s cousin in ‘Romeo in Juliet.’

This name of Spanish or Latin origin means “lame; enclosure.” Claudio is the young soldier from “Much Ado About Nothing.”

This Greek name means ‘joy.’ He was an attendant in ‘Anthony and Cleopatra.’

This name is a Latinized form of the Greek DÄ“má¸—trios, which means “devoted to goddess Demeter.” Demetrius chooses Helena in “A Midsummer Night’s Dream.”

This Greek name refers to ‘Follower of Dionysius,’ who was the god of wine. He is Servant in ‘As You like It.’

This Anglo-Saxon name comes from Eadgar, meaning ‘wealthy spearman.’ He is the main antagonist in King Lear.

This Hebrew name means ‘God Is With Us.’ He appears in ‘Henry VI, part 2.’

This name appears in Henry IV. Francis has a Latin origin and means “Frenchman; free man.” Its Old French form is Franceis, Latin form Franciscus, and the Italian form is Francisco.

Fabian is a member of Olivia’s household. This Roman name means ‘bean grower’ or ‘of the Fabius family”.

This German name means ‘courageous traveler.’ He is the prince of Naples in The Tempest and the King of Navarre in Love’s Labour Lost.

This Greek name means “farmer, earth-worker.” He becomes the Duke of Clarence in Henry VI, part 2.

This Spanish name means ‘battle.’ He is the advisor to King Alonso of Naples in The Tempest.

This English, French, and German-origin name comes from Emmerich and means ‘house ruler.’ Henry appears in multiple plays of Shakespeare.

This protagonist’s name in ‘Hamlet’ comes from French and German origin and means “home” or “village.

This German name means ‘bright heart’ or ‘shining intellect.’ He is one of King John’s men in ‘King John.’

This name of Spanish, Welsh, and Hebrew origin means ‘supplanter.’ He is the villain in Othello.

Derived from the Latin Greek Ioseph and Hebrew name Yosef, it means “He will add.” Joseph is a servant in The Taming of The Shrew.

This Hebrew name means ‘holder of the heel’ or ‘supplanter.’ He is the officer in the King’s army in King Henry V.’

Lorenzo is the name of Italian and Spanish origin means ‘From Laurentum’ or ‘Laurelled.’ He is a young Christian man in “The Merchant of Venice.”

This Greek name means ‘liberator.’ He is a military commander in 400 B.C in Midsummer Night’s Dream”.

This Roman name means ‘light.’ He is the son of Titus in Titus Andronicus, a young servant of Brutus in Julius Caesar.

This Anglicized form of the Gaelic name Mac Beatha means “son of life,” implying holiness. He was the Scottish king in ‘Macbeth.’

This Scottish name means a devotee of St. Colomba. He is the son of King Duncan in ‘Macbeth.’

This Greek name means ‘Victory of the People.’ Nick Bottom is a character in “A Midsummer Night’s Dream’.

This Old Norse name means “ancestor’s descendants.” He appears in ‘As You like It.’

This English name means “mischievous” and belonged to a trickster in “A Midsummer Night’s Dream.”

This Italian name means “pilgrim to Rome.” He is the name of the protagonist in Romeo and Juliet.

This Latin name means “venerable” or “revered.” Sebastian appears in The Tempest, Twelfth Night, and The Two Gentlemen of Verona.

Toby comes from the Greek “towb,” meaning “God is good.” It also means “God” in Hebrew.

This Latin name means ‘wrathful.’ Ulysses is the hero of Troilus and Cressida. 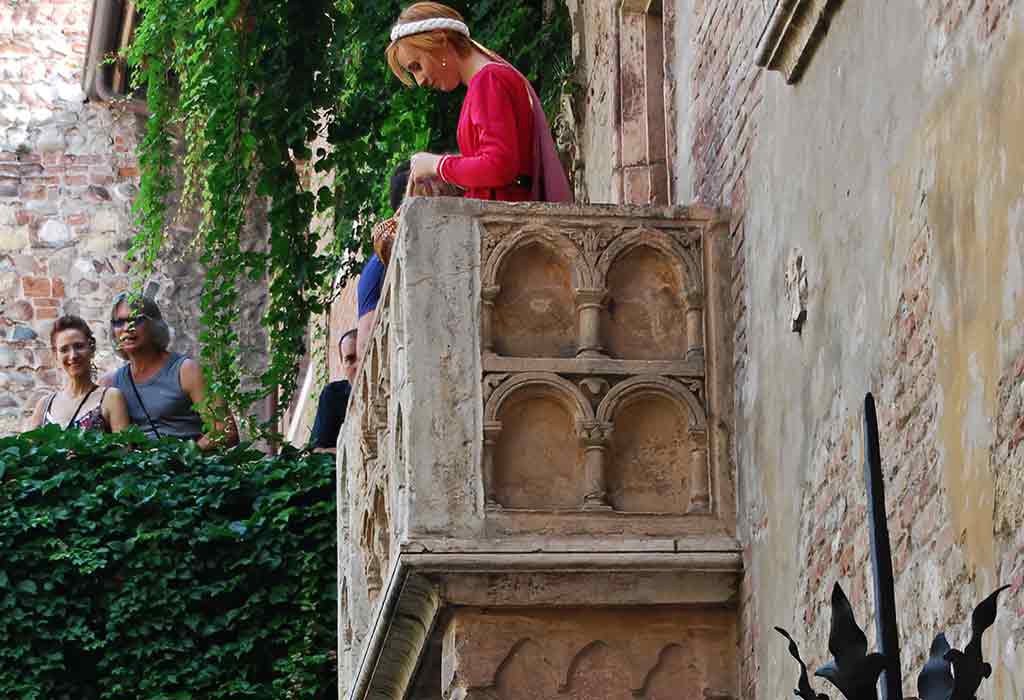 If you’re looking for Shakespeare-inspired baby girl names with a suitable meaning, then this list will help develop your child’s sense of self and propel them forward on a different life and career paths.

Audrey appears in “As You like it.”  This Anglo-Saxon name means ‘noble strength.’

Adriana is a lead character in “The Comedy of Errors.” This Latin name means “son of Adria” and ‘rich’ in Greek.

This German name means ‘noble.’ She is Princess Catherine’s lady-in-waiting in ‘As You like It.’

This Italian name features in “The Taming of the Shrew” and “Othello” and means ‘white.’

This Latin name means ‘she who makes happy.’ She is the wise and witty romantic interest in Much Ado About Nothing.

She is one of the Egyptian Queen’s attendants in “Antony and Cleopatra.” Charmian is a Greek name meaning ‘joy.’

This Latin name means ‘heart.’ She is the daughter of the king in King Lear.

This Latin name means ‘chalice,’ or ‘cup.’ She is the wife of Julius Caesar.

Desdemona is a meek woman from “Othello.” This Greek name signifies courage and strength.

This Greek name means ‘God of Wine and revelry.’

This name of Greek, Latin, and Indo-European origins means “Divine.” She appears in ‘All’s Well that Ends well.’

This character appears in The Comedy of Errors, The Winter’s Tale, and Othello. This Latin name means ‘To Strive’ Or ‘Excel’ Or ‘Rival.’

This Greek name means”bright, shining one.”

This Latin name comes from “Aemulus,” which means ‘to rival,’ ‘excel,’ or ‘emulate.’

This German name means “spear” and “strength.” She is Hamlet’s mother and Queen of Denmark.

This Greek name from ‘A Midsummer Night’s Dream’ means ‘light’ or ‘bright.’

This Greek name from ‘The Winter’s Tale’ is derived from Hermes.

This Latin name means “queen of the heavens.”

Juliet in French means ‘youthful’. She is the heroine of ‘Romeo and Juliet.’

Maria in Hebrew means ‘the star of the sea.’

Miranda is the admirable heroine in ‘The Tempest’ and means ‘worthy of admiration’ in Latin.

This Greek name means ‘aid” or “benefit.” She is the heroine in ‘Hamlet.’

This Latin name means ‘an offering.’ She is the wife of Brutus in Julius Caesar.

This Greek name means ‘Land Of Giants.’ She is a character in ‘A Midsummer Night’s Dream”.

This German name with a Latin origin means ‘pretty rose.’ She appears in ‘As You like it.’

This Latin name means ‘violet.’ She is a leading character in ‘Twelfth Night.’

Shakespeare-inspired names can be a crucial and determining factor in the personality development of a child. After inventing hundreds of words, he popularized many beautiful names in his works that represent a range of ancient and modern cultures. Diversity of thought and perspective is important for choosing a name from the Elizabethan era that Shakespeare belonged to. With these names inspired by Shakespeare and his plays, you can incorporate the inherent power of these timeless names that are stylish enough to be considered for your newborn baby.

Amazing Christmas Garland Ideas to Style Your Home for Holiday