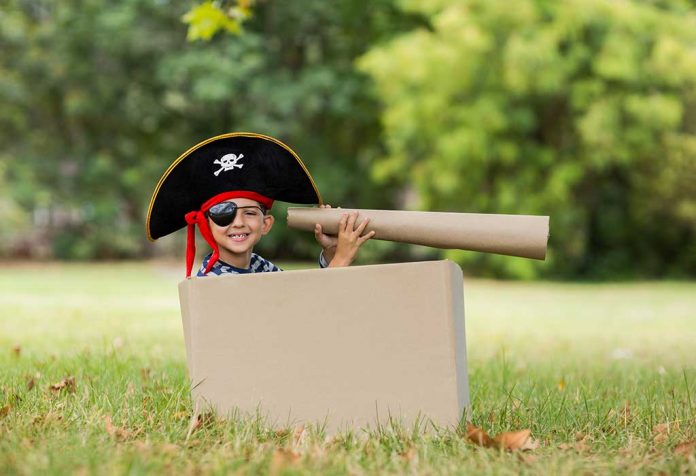 Pirates are sailors who steal cargo and loot valuable items from other ships or on the shores of the sea. The earliest recorded instances of piracy date back to the 14th century BC. The pirates, also known as Sea People, came from the Mediterranean region. In modern times, pirates are armed with automatic weapons like grenades, machine guns, and assault rifles. They use advanced cargo vessels to capture merchant ships on the international seas.

Pirates have long been a part of popular culture as they derive their characteristics from the Golden Age of piracy in the 17th and 18th centuries, as a large number of pirate fiction were set within that era. From the days of Viking revival until the 18th and 19th centuries, there has been a renewed interest in the pirates with heroic overtones, which was typical of the Romantic Age. Most evidently, pirate fiction became a new genre of literature when biographies of pirates belonging to the Golden Age were written to throw light on the period’s criminal activities. It almost gave mythical statues to the notorious pirates who led adventurous lives.

Children have loved pirate-themed films, cartoons, books, or toys that make the perfect entertainment source for those who love action and excitement. Whether it is their courage, nautical, navigating skills, or their colourful lives, rogue mannerisms, and distinctive appearance, pirates have always caught the imagination of children. It is no wonder if your little boy is fascinated by the misfortunes of the historical pirates who were sailors forced to serve at sea or plunder goods in order to survive. Pirate baby boy names use simple but expressive adjectives to define their character. Good male pirate names may have belonged to sea-dwelling legends of their times who have sailed away hunting for treasure with a talking parrot on their shoulder. Here is a curated list of the best pirate names for boys that would tell tales about the lives of these pirate legends.

If you’ve fallen prey to the glamour and bravado of the romantic notion that pirates were merely boisterous and raffish free spirits, choose one from the list of pirate baby boy names to name your beloved child.

This English name means ‘number one’ or ‘highest rank’. It is a diminutive version of the name Alexander meaning ‘defender of man’.

Originating in Ireland, Allen is derived from Ailin in Irish and Scottish Gaelic, in which it means ‘little rock’ or ‘harmony’. It may have also come from Celtic Aluinn, which means ‘handsome’.

Derived from the Latin word ‘arcus’  meaning ‘arch’, Archer has an English origin, and it means ‘bowman’.

Barth has an Aramaic origin. It means ‘son of Talmai’ (farmer). Talmai is a Hebrew word for ‘furrowing’.

Bastian is a diminutive of Bastide, a topographic name from the French Bastide building. It has Greek and Latin origins and means ‘man of Sebastia’.

Derived from the Old Germanic word ‘Bern’, meaning ‘bear,’ this name refers to someone who is as powerful as a bear.

Cooper is an occupational name meaning ‘barrel-maker’ and has an English origin.

Cutler has an Old English origin, and it means ‘knife-maker’.

Dylan has a Welsh origin. It means ‘son of the sea’.

Emmet has a German, English, or Hebrew origin. It means ‘universal’ or ‘powerful’.

Errol is derived from Old English ‘Earl’, and it means ‘warrior’ or ‘prince’.

Fenix is a variant of the name Phoenix, the mythical bird. Phoenix comes from the Greek word ‘phoenix’, which means ‘dark red’.

Finlay is a shorter version of the Gaelic name ‘Fionnlagh’, meaning ‘white warrior’.

Gawain has Scottish and Welsh origins, and it means ‘white falcon’. Gawain is derived from the Old Welsh word ‘gwalch’, meaning ‘hawk’.

This name of Scottish origin is derived from the Welsh ‘gor’, meaning ‘spacious’, and ‘din’, meaning ‘fort’.

Horace has a Latin origin, and it means ‘man of time’.

Hudd has an English origin. It is a diminutive form of ‘Richard’, and means ‘brave ruler’.

Hugo is a Latinised version of the name ‘Hugh’, which originates from the Old Germanic word ‘Hug’, meaning ‘spirit’ or ‘heart’.

Iver has a Scandanavian origin, and it means ‘archer’.

Originating on the Isle of Bute, Scotland, Jameson means ‘son of James’.

Johann is the German form of the name ‘John’. In Hebrew, it means ‘God is gracious’.

The Scandinavian version of ‘Jasper’, this name comes from the Hebrew word ‘gizbar’, meaning ‘treasurer’.

Kendon has an English origin, and it means ‘brave guard’.

The name means ‘little fierce one’. It is of Irish and Gaelic origin.

Lysander has a Greek origin, and it means ‘liberator’.

This Italian name means ‘warlike’, having derived from Mars, the Roman God of War.

This occupational name of English origin refers to the caretaker of horses.

Max is derived from Latin ‘Maximilian’ or English ‘Maxwell’, and it means ‘the greatest’.

Nikolai has a Russian origin and is a variant in ‘Nicholas’, meaning ‘people of victory’.

This name has a Greek origin. It means ‘sea’.

Ozias has a Greek and Hebrew origin and means ‘strength from the Lord’.

Percy is an English toponymical name derived from the name of an old Norman town called Percy. It may refer to someone from that place.

Ragner is derived from the Old German name ‘Raganhar’, meaning ‘commander’ or ‘warrior’.

Remi is the French version of the Latin name ‘Remigius’. Its root word ‘remigis’ means ‘oar’ or ‘oarsman’. It may also refer to someone from Rheims.

Roux is derived from the Latin word ‘Russet’, meaning ‘brownish-red’.

The name has an English origin, and it means ‘swordsman’.

Sion is a Welsh name of Hebrew origin, and it means ‘Yahweh is gracious’.

Of English origin, this name means ‘genuine’ or ‘high quality’.

Thane has Old English and Scottish origins, and it means ‘clan chief’ or ‘landholder’.

Thelonius is a Latinised form of ‘Tielo’ that comes from Old German and means ‘ruler of the people’.

A variant of ‘Terry’ and ‘Thierry’, Thoreau is the French form of ‘Thorald’, and it means ‘thunder’.

Originating from the Gaul word ‘Vern’ for Alder tree, Vernon means ‘from the Alder grove’.

Viggo has a Latinised form of the Old Norse name ‘Vigge’, stemming from the word ‘vig’, meaning ‘battle’.

Derived from the Hebrew name ‘Zechariah’, Zachary means ‘the lord is remembered’.

Pirates represent the romantic notion of escape, spurning the orthodox in favour of the romantic. No doubt kids love to act out their lawless lives parading like salt-soaked seafarers on Halloween day wearing fake beards, eye-patches, and hand hooks. Pirate baby names complement their obsession with adventure, travel, or leadership. There couldn’t be a better way to encourage their creativity and imagination than by giving them cool boy pirate names. Who knows, your plunder stuck kid might just want to explore the world and discover new things!

Facts About Himachal Pradesh for Kids

Water Is Worth Its Weight in Gold! – My Visit to the Bisleri Plant

15 Easy and Quick Microwave Recipes You Can Try at Home