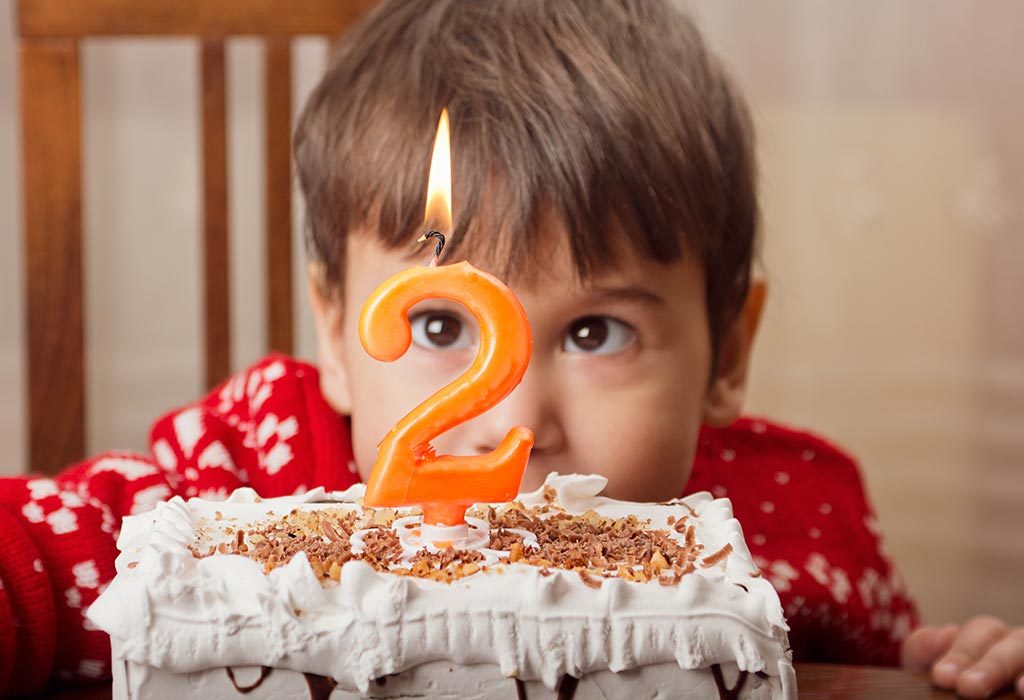 Every child has a unique personality, and this will be visible as the child gets older. His personality will be moulded and formed as a combination of the people around him, genetics, and his living atmosphere. However, most babies tend to exhibit a common personality trait as they pass the age of two – temper tantrums.

Video : 8 Best Ways to Deal With Your Toddler’s Terrible Twos

As a child becomes around two years old, parents will find that emotional outbursts from the child have become more frequent and common. He may have a generally angry temperament and may throw tantrums for many small, minor things. However, you need not worry about this being an aspect of his personality- it is more of a developmental stage that affects most children

When Does the Terrible Twos Really Start?

As the name signifies, the tantrum-throwing phase in children usually starts around the age of 2 years in children. However, can terrible twos start early in children? Yes, the problem has been observed in children as young as 18 months of age, although terrible twos at 18 months are not that common. The condition may last for more than a year until the age of 3 or 4 years, depending on when it started in the child. This is a developmental stage, and the tantrums reduce in frequency as the baby starts to communicate better with his parents.

What Are the Causes of Throwing Tantrums At the Age of Two?

Terrible twos behaviour in children is not a sign of any problems in their personality, so parents need not worry about anger issues in their child. From early childhood, children try to observe and imitate the adults around them in every manner. Until the age of two, the child was unable to do things by himself and needed the help of an adult for everything. However, as this age looms, he will try to become more independent and will struggle to do things on his own. He soon finds out that he needs the help of an adult for many things, which leads to a sense of frustration in their young minds.

Children have a sense of independence and expectations of themselves that they need to fulfill in order to be satisfied. When they find out that they need the help of adults, it leads to frustration and the release of a flurry of emotions. Therein lies the next problem – communication. All these emotions cannot be expressed properly with the limited vocabulary of a two-year-old child, so the result is terrible twos temper tantrums in the children. However, the tantrums reduce in frequency as the child becomes better in communication, so this antagonistic behaviour dies out within a year’s time. Parents can help their children tackle this phase well, too.

The symptoms of terrible twos in children are many, and the condition is not especially hard to notice for parents. Development of Opinions in Toddlers

At this age, the children develop strong opinions, similar to what happens to a person on the cusp of adulthood. This might be hard to understand for parents, but it happens all the same. The main difference between the child and a person on the cusp of adulthood is that the latter knows exactly what he wants, unlike the child. The child only knows that he wants specific things, not knowing why or how he would get it. So when parents refuse their requests initially, kids do the only thing that they can do, with their limited vocabulary- throw a tantrum. This tantrum usually involves a lot of screaming and throwing, and the word ‘No’ is repeated several times by the child. The word ‘No’ is usually learnt at an early stage by children, so they usually dominate their speeches and tantrums with this word during this period. Therefore, parents find themselves at the receiving ends of some unruly behaviour from their children.

Effect of Terrible Twos on Toddlers and Parents

Parents have to be ready to navigate through this tantrum-filled period with the knowledge that this is not an aspect of the personality of their child, but just a developmental stage seen in most toddlers. Handling terrible twos can be difficult for first-time parents, as it can have a huge impact on the relationship between the child and his parents. However, if coping with terrible twos is not done properly, the parents might be forced to put up with such behaviour for a longer time. So, remember to be patient and strategic while tackling this behaviour in your child.

When Does Terrible Twos End?

It has been observed that the condition reduces in children as they get older and gain a better understanding of the world around them. As their communication skills also develop, they no longer need to resort to screaming to make their parents understand what they want. In most cases, the period of terrible twos lasts only around a year or so. However, another aspect that plays a part in how long it lasts is the way the parents react to the tantrums. If the parents employ the correct strategy in an unwavering manner, they will find that the frequency of the tantrums reduces a lot.

Some tips to help parents reduce and manage their angry toddler are:

The best terrible twos advice that parents can receive is to always be calm and patient. The tantrum-throwing is just another phase in the development of a child, and it soon dies out with age. However, you must ensure that the bond between the child and the parent is not widened during this time, so never get angry or agitated at your child during his tantrums. This only makes him more confused, and the result can be longer-lasting problems as the child grows.