How to Deal With Aggressive Behaviour in Toddlers

How to Deal With Aggressive Behaviour in Toddlers 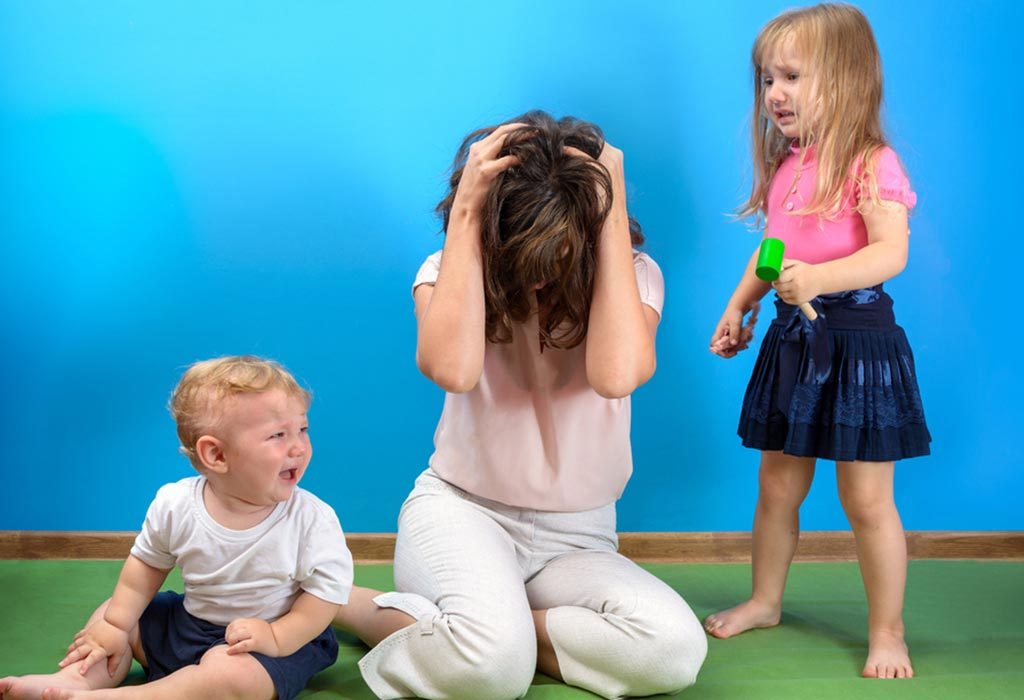 Like most aspects of development, aggressive behaviour in toddlers is a natural phase that requires a bit of help from parents and child psychologists to correct. You may find your child showcasing its emotions expressively rather than verbalizing them. Your toddler may be hitting others, taking things away, throwing things, or pointing at objects whenever they want it. Around the age of eight months to three years old, your toddler’s identity begins shaping as they realize that they are separate beings from their parents and others around them. While this makes them more independent, it may also make them aggressively expressive.

Children with aggressive behavioral tendencies have a difficult time “cooling down” and have trouble managing their emotions. As a parent, your job is to understand what makes your toddler tick and communicate their feelings in a calm and non-aggressive way. Resolving toddler biting and hitting for good requires a lot of time and patience but with the right support and encouragement, your toddler will learn to overcome its problems within a few months or a years’ time. Keep reading to learn more about toddler aggression and what you can to help an angry toddler.

What Can You Expect From Birth to Age 3?

Your child goes through various modes or stages of aggression from birth to the age of 3. Here’s what you need to understand about them.

Rickey wants a square of chocolate for dessert but instead gets a bowl of banana slices. Out goes those slices flying across the room and land splat on the floor. When his mother tries to feed him directly, he swings his hands across her face, gets angry and fidgety. His mother feels frustrated.

This is a typical example of a sign of aggression during this stage. It is important to realize that your little one is learning to explore the world through his senses which often translate to big or huge reactions. Biting, grabbing, yanking, shaking and dropping, or even swatting are completely normal and they expect to see what happens. Don’t feed the fire with fuel. Children even bite you during breastfeeding but don’t lose your cool. He doesn’t mean to hurt you or cause harm. Be gentle, patient, and understanding. After all, they’re only exploring and seeing what happens.

Timmy, aged 18 months, is exploring his mother’s cell phone and browsing funny cat videos on YouTube. While mashing a few buttons on the phone, mysterious or inappropriate pictures pop up. His mother, Sarah, takes away the cell phone in a flash and Timmy begins to cry and throw things around in the house.

Toddler aggression peaks between one to two years old. During this time, they tend to develop strong feelings but at the same time are slowly developing their sense of empathy. Since they don’t fully comprehend empathy and are in the learning stages, they may resort to aggressive behavior or exhibit a lack of self-control from expressing their feelings through actions. If another child steals a toy car from your kid, your child may end up bopping on that kid’s head instead of asking back for it.

It’s Morty’s first day at the daycare, and he feels sad that his mom had left him all alone. When other kids try to come and comfort or play with him, he simply pushes them away. Rosy, the daycare teacher approaches him closely and tries to encourage him, only to be responded with a thrashing of his fists. She doesn’t lose her calm and simply approaches him again explaining why playing with others will make him feel better and how his mommy will come back to pick him up after a few hours. Morty calms down and slowly begins to participate in the group.

When toddlers are overwhelmed with emotions that arise from distressing situations, they resort to punching and kicking or more. This proves to be a challenge to parents and daycare teachers alike because it feels awful to experience them. You may think that as your child’s thinking skills develop, his emotional responses will be regulated but the truth is, between the age of two to three years, your child lacks the impulse control to stop themselves from doing things they want. This is why parents and daycare givers need to be calm and responsive during episodes of 2-year old to 3-year old aggressive behaviour rather than feel frustrated since impulse control is still developing and they don’t have total control over the situation or their actions.

What Causes Aggressiveness in Toddlers? All children and families are not alike. Think about this before you dive any deeper into analysing your toddler’s aggressive tendencies. Here’s what you need to think about to learn how to stop a toddler from hitting others.

The causes of aggression in toddlers are linked to common signs and medical symptoms. They are-

Responding to the Aggression in Your Toddler

It’s natural to feel angry, frustrated or jealous or when your toddler goes from happy to moody or taking sides with someone for no reason. How you respond to their aggression matters and here are the three stages (or steps) to responding to aggression in your toddler.

Stage 1. Analyze and Try to Understand Your Toddler

The first step to responding to your child’s aggression or dealing with biting toddlers is by simply observing and trying to understand it. Analyze the underlying reasons behind his aggression. Where does it come from? Does he react aggressively on in certain places or situations? Is it happening in a particular environment or is he reacting to triggers in different environments?

Other questions you could ask yourself for better analysis are-

Stage 2. Respond Your Toddler as Per Your Learning

Here are a couple of ways on how to deal with toddler hitting based on your own observations.

Stage 3. Help Your Toddler to Learn From His Actions

Your toddler is developing his logical and rational thinking skills at this age. Help them associate their thoughts with their actions. Here’s how-

Key Strategies for Dealing With Aggression

Here are 4 ways you can minimize toddler anger issues

Enforce ground rules and do not give in to your child’s demands. Give options and be consistent where modelling responsive behaviours to their aggression are concerned.

2. Give Them a Chance To Resolve Problems

Take a step back and give them space and time to fix their problems. You can always pitch in to help if you see things going awry on the way.

This is a heartbreaking decision for some parents, but we believe setting ground rules at home and not negotiating helps. Have rules set in stone and create a structure/hierarchy at home where behaving and working through daily events are concerned. Their routines are their rituals.

Encourage them, make them feel happy, and sometimes reward them whenever they do an outstanding job. Positive feedback is what will keep them improving and shape their personality for the better in the long haul.

When to Seek Medical Advice?

If you think things are getting out of hand and you can’t seem to help out, then it may be time to seek medical advice. Consider visiting a doctor or a child psychologist if you feel:

Every child is unique and different which is why it’s important to keep in mind that the above strategies and ways are not prescription-fixes to your child’s behavioural problems. Teach your children empathy, model good behaviours, and set an example by enacting acceptable behaviours and responses yourself and your child will soon follow suit.