Home Baby Development Month by Month Stepping Reflex in Babies – What is it and How Long does... 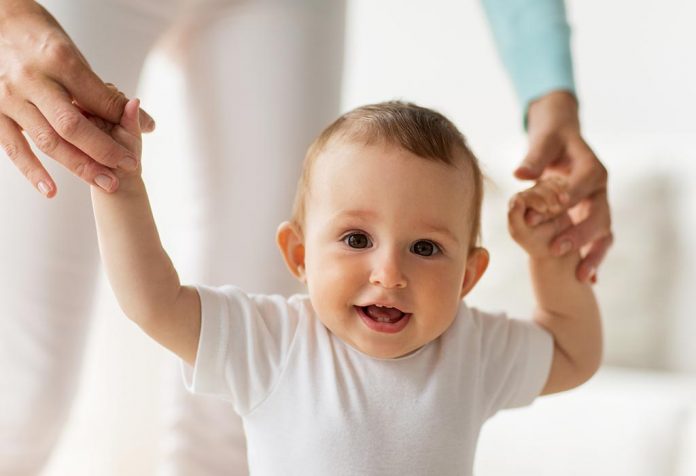 Life outside the womb for a newborn is relatively new. It is too early for babies to learn the tactics for survival. That is when their reflexes come into use. There are several reflexes like the sucking reflex, the palmar grasp reflex, the rooting reflex etc. that are innate in a newborn. One of these includes the stepping reflex. In the first few months, a newborn does not know what to do but does things on reflex. These reflexes exist in the first few months in a newborn’s life when he is incapable to do things on his own. However, over a period of time, these reflexes vanish.

What is Stepping Reflex in Infants? 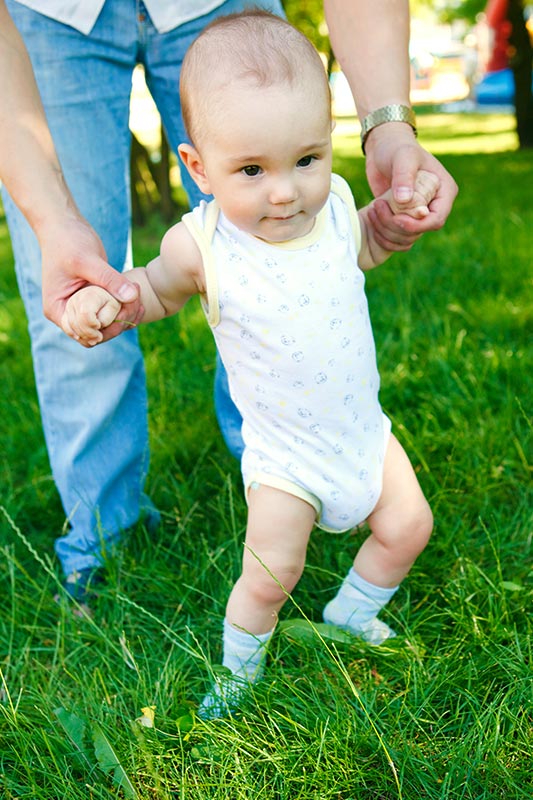 The stepping reflex in newborns is something innate i.e. it is present from the time of birth and is said to be a primitive reflex. It is also called the walking reflex or the dancing reflex because a baby seems to be taking steps or dance when held upright with its feet touching a solid surface. Although infants cannot take in their own weight, they attempt to walk or put one foot in front of the other as if to walk when the soles of their feet touch a flat surface. It usually occurs in the first 6 weeks after birth and disappears once the baby turns two months due to an increased ratio of leg weight to strength. However, it re-appears as a voluntary behaviour when the baby is around eight months to one year. This is the age when a baby begins to learn how to walk. The stepping reflex is categorised as a locomotor reflex since it resembles the voluntary movement of stepping.

Why Do Babies Have the Stepping Reflex?

Babies are said to have the stepping reflex in order to help or prepare them to walk. It is said to develop the muscles of the leg and feet which help a baby to walk. Although, practically thinking, it has no real use just after a baby is born. It usually disappears after the baby turns 2–3 months old only to re-occur later when the baby is 12–13 months old.

How Long Does Stepping Reflex Last in Infants?

What Does the Absence of Stepping Reflex Mean?

Stepping reflex in a baby is supposed to be innate; however, there may be no stepping reflex in some babies. The total absence of the stepping reflex as well as it’s continuance after 4 months of age in babies could be due to a number of reasons like motor nerve injury, severe neurological deficit during birth. It is also normal for some children like pre-term babies to have this reflex only after 6 weeks of age instead of having it 2-3 days after birth. The stepping reflex goes away 3-4 months after birth again to come back when the baby is about 12 – 13 months old. This helps the baby in learning to walk. However, babies with cerebral palsy or a condition known as the neonatal abstinence syndrome will have an absence of stepping reflex. This could be due to drugs which are taken by the mother like opiates and methadone during the time of pregnancy.

Stepping reflex in babies is something which is normal. However, in case your baby is a full-term baby and the stepping reflex is absent, it is advisable to consult a doctor immediately to know about the underlying cause behind it.

How to Keep Both your Sick Child and Fussy Boss Happy!

Can Breastfeeding Help You Lose Weight?