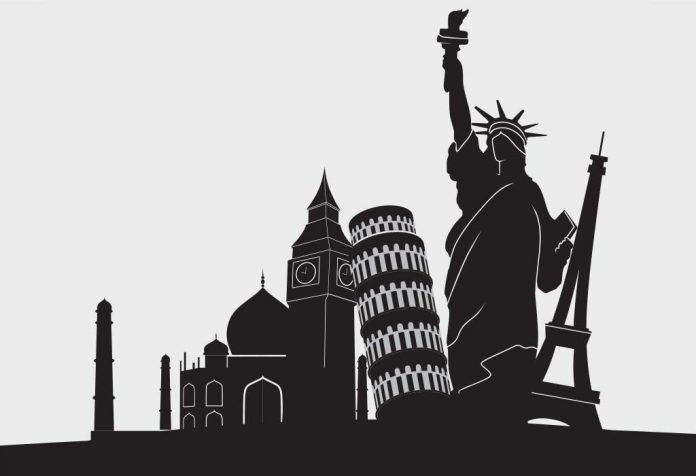 From time immemorial humans have built spectacular structures, buildings, monuments and other wonderful structures that have amazed the historians and common people for generations. Some of these structures have been listed in the wonders of the world. If your child has an interest in history and wants to know about all these amazing structures, we recommend reading this post.

There are too many magnificent structures in the world, but all those cannot be listed here. However, here we shall be sharing information of some ancient and new seven wonders of the world.

1. The Great Pyramid of Giza

This spectacular structure is the only ancient structure that still stands today, and it was constructed without automatic pulleys or cranes. Here are some more trivia:

This statue was built in second century BC. The original height of the statue was approximately 98 feet, but it was destroyed because of an earthquake in 226 BC.

The temple was built in Ephesus, one of the ancient cities of Greece. This temple was also called The Temple of Diana.

The historians until today have not been able to establish the exact location of these beautiful gardens.

Built in the third century BC by an Egyptian ruler named Ptolemy, this magnificent structure helped to guide the ships sailing in the Mediterranean sea in entering the city.

6. Statue of Zeus at Olympia

Built in the fourth century BC, this 42 feet tall statute is situated in the ancient city of Olympia.

The tomb of the Turkish King Mausolus was designed and built by a famous Greek architect in the city of Halicarnassus. After looking at the tomb, Antipater of Sidon decided that it should be included in one of the Seven Wonders of the World.

Now, let us acquaint you with the new Seven Wonders of the World:

1. The Great Wall of China

The wall was built to save the country from foreign invasions.

Petra, situated in the ancient city of Jordan was unveiled in the early nineteenth century. More than half of the city is carved from one rock.

This is a statue of Jesus Christ in Rio De Janeiro is situated on the Corcovado Mountain.

Mexico is world famous because of this beautiful city which was built by Mayan civilisation.

Colosseum is an ancient amphitheatre that was built in 80 AD by the great emperor Titus Vespasian.

Built by the great Mughal emperor Shah Jehan in the memory of his loving wife, Mumtaz Mahal.

Other New Incredible Wonders in World

The list of new seven wonders also includes some more categories. We shall be sharing a few of them with you:

Nature is the ultimate creator that a human can never match with. Here are some of nature’s wonders:

The underwater world amazes all of us, but few of the things that are just considered surreal or wonders are as follows:

Here is the list of 7 most beautiful cities in the world that you must plan to visit with your kids:

4. 7 Wonders of the Industrial World

Following are seven industrial wonders of the world:

Help your child learn about some of the wonderful structures of the world and we hope this article helped in achieving the same!

Are You Ready to Be a Mom?

The Connection between Music and Your Preschooler’s Growth