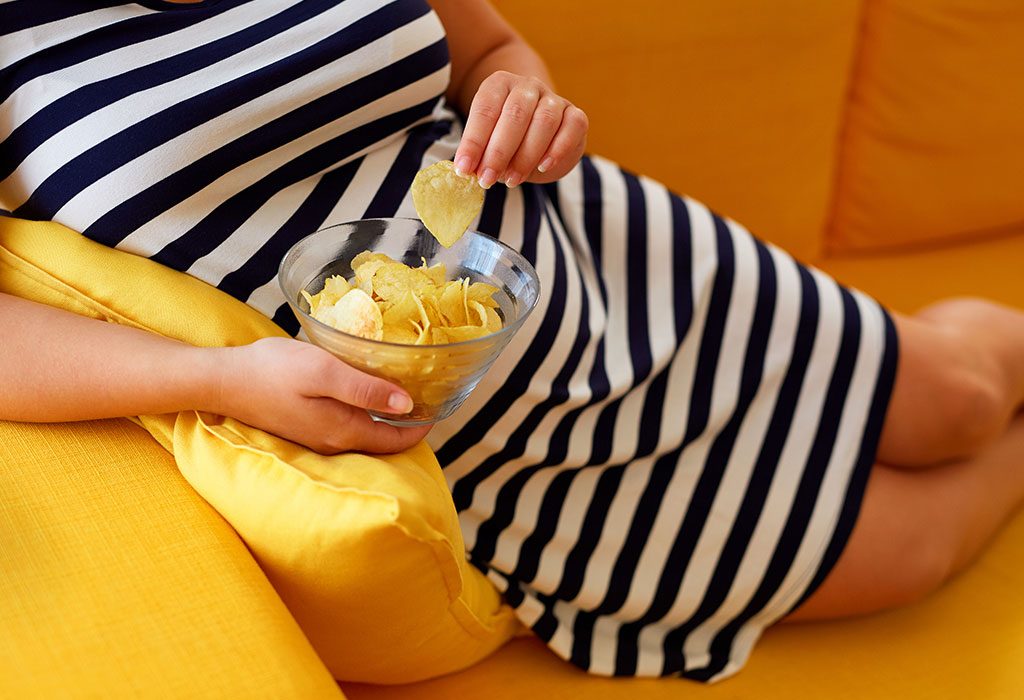 Salt holds an important place in our diet because it is rich in sodium which helps maintain the fluid levels and pH balance of our body. This function of salt is equally important in pregnancy as it helps in the development of the baby in the womb. However, overconsumption of salt can lead to a series of health issues, especially during pregnancy. Are you curious to know how much salt intake is allowed and also our take on salt cravings during pregnancy? Well, this article will provide you with all the information you need about salt craving and intake during pregnancy. Let’s take a deeper look at why it is important to consume salt during pregnancy.

Why Is Salt Intake Important During Pregnancy?

Salt is the main source of dietary sodium for us. Did you know that low sodium during pregnancy may be dangerous for you or your baby? Here is why it is important to consume salt during pregnancy:

How Much Salt Intake is Safe During Pregnancy

In the above section we have established that salt is an important part of your pregnancy diet, but in adequate quantities, which means neither too much nor too less. The daily sodium intake of table salt during pregnancy should be around 3.8 grams per day. Bear in mind not to exceed 5.8 grams as that is the permissible upper limit for pregnant women. Side Effects of Consuming Excessive Amounts of Salt During Pregnancy

As the famous proverb states, an excess of everything is bad, and the same holds true for the consumption of salt. Here are some side-effects of high sodium intake during pregnancy:

Now, let’s take a look at some of the foods that contain excessive amounts of salt and can pose the risk of health issues during pregnancy.

Here are some food items that contain high amounts of salt/sodium, making them unsuitable for you to have, especially during pregnancy:

It may sound strange but sweetened beverages also have a high content of sodium, which may cause complications during pregnancy. Beware of getting your hands on energy drinks or sports performance drink as they may have up to 200 mg of sodium in them.

Most breakfast cereals have high levels of sodium in them. A normal cup of cornflakes or oatmeal may easily pep your sodium intake by 200 mg.

Ever wondered how much sodium you can get from your ketchup, soy sauce or barbeque sauce? All these food items have high contents of sodium (approximately 150 to 200 mg per serving). Consuming these foods in excess can easily exceed your daily sodium intake.

Many pregnant women love to eat bread for breakfast or sometimes as a mid-morning or an evening snack. A slice of bread can fetch you around 150 mg of sodium. So, the next time you gobble down a doughnut or bagel, be careful not to go overboard with it.

All this information may worry you a bit, but salt is not the only food item that provides you with the sodium you need during pregnancy. There are other foods that have considerable amounts of sodium and yet are healthy to consume. Let’s find out what they are.

As mentioned earlier, salt is not the only way you can pep up your sodium levels during pregnancy. Here are some healthy sources of sodium: It is quite normal to crave for certain foods during pregnancy. But, the mothers-to-be cannot really consume all that they want as it may not be healthy for them or their baby. Salt cravings are the same. Most of the times, it becomes difficult to cut down on the table salt. Then, what do you do? Well, we have some tips that could help you reduce your intake of salt. Let’s get on to it.

The following tips will help you reduce your sodium intake during pregnancy:

Now, let’s address some more questions/ concerns related to salt and its intake during pregnancy.

Can You Eat Black Salt During Pregnancy?

Yes, you can consume black salt during pregnancy as it may help in providing relief from stomach disorders, heartburns and constipation. However, if you have hypertension or any other medical condition, which requires you to restrict your salt intake, then it is advised that you consume black salt only after consulting your healthcare practitioner.

As you become pregnant, you may find yourself craving for food, which you cannot even imagine. Whether you already like eating salty food or not, there are chances that pregnancy may make you crave for it. Though having a random salt craving is fine and some extra sodium may not cause harm to your baby, if you feel an excessive craving for salty food during pregnancy, it is recommended that you discuss it with your doctor before loading yourself with salty food.

Is Salt Craving Normal During Pregnancy? What You Should Do When You Have Salt Cravings

Salt gives food flavour, and we certainly cannot do away with it. If you are not imposed any restrictions regarding consumption of salt during pregnancy, you may indulge in various savoury dishes. However, it is suggested that going overboard with the consumption of salt may increase your chances of having various health complications. On the other hand, if your doctor has advised you to restrict your salt intake, it is suggested that you adhere to it and make healthier dietary choices to avoid fatal health complications during pregnancy.

Also Read: Is It Safe to Eat Pineapple During Pregnancy?