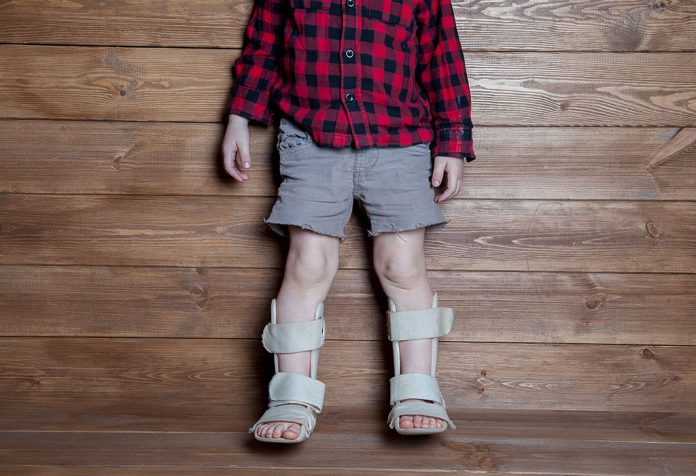 Rickets is a preventable disease of bones that is caused by the deficiency of vitamin D and calcium. It occurs in children only in their growing years and leads to softer, weaker bones that bend into abnormal shapes or fracture. Rickets can affect babies as young as three months and go all the way up to adolescence. With early treatment involving adequate supplementation of vitamin D and calcium, rickets can be treated effectively. If left untreated, rickets can cause physical disability that can be permanent.

Rickets is a deficiency disorder that results in weakening and deformation of bones in children. It is caused by the prolonged deficiency of vitamin D, which is necessary for the absorption of calcium by the body. Lowered levels of calcium either due to poor absorption or a lack of sufficient amounts in the diet cause the bones to become soft and weak. The bones take a slightly bowed shape and give the children a deformed appearance in the legs. Globally rickets is common in children between the ages of three and 18 months. Rickets in babies less than a year old is mostly caused by vitamin D deficiency.

Who Is at the Risk of Getting Rickets

Infants and children are at the highest risk of rickets. Children who come from poverty-stricken backgrounds suffering from malnutrition have a high risk. Children who are less exposed to sunlight can have a deficiency of vitamin D as sunlight is needed for its production. Those growing up as vegans have a zero intake of dairy products and get lesser calcium. A lack of both vitamin D and calcium gives rise to the highest risk of rickets in children. In sunny countries, rickets is caused more by a lack of calcium intake than due to low vitamin D levels. Other risk factors involve children who suffer from diseases that interfere with the absorption of vitamin D such as inflammatory bowel disease, celiac disease, cystic fibrosis and kidney-related issues.

Rickets is mainly caused by insufficient amounts of:

Vitamin D is produced naturally in the body when the skin is exposed to sunlight. It is also found in foods such as oily fish and eggs. A deficiency of vitamin D stops the body from absorbing calcium and phosphorus. Calcium is mainly found in dairy products such as milk and is essential for children to develop strong bones.

There are several risk factors for getting rickets and include the following:

Rickets Signs and Symptoms in Kids

The symptoms of rickets include:

Dental problems such as:

Skeletal deformities such as: If left untreated, rickets can cause physical deformities and serious effects such as failure to grow, abnormally curved spine, deformities in the limbs and dental defects. The delay in teething is accompanied by weak tooth enamel and malformed teeth. In babies, it can lead to the delay in the closing of the anterior fontanelle which is the soft spot at the top of the baby’s skull. In severe rickets with very low levels of blood calcium, children can develop seizures. It is a medical emergency and should be treated immediately.

Rickets is diagnosed by a complete physical exam combined with the assessment of medical and nutritional history. In the physical exam, the doctor will gently press on the bones to look for tenderness and pain. Apparent signs of deformations in the limbs and skull are also made a note of. If the child doesn’t have severe symptoms such as tetany or seizures, X-rays of long bones and ribs are obtained. Laboratory testing for vitamin D, alkaline phosphate, electrolytes and the parathyroid hormone is conducted to check for their levels. If there is a match between those and X-rays revealing obvious deformities in the skeleton, rickets is confirmed. The laboratory tests also reveal different causes of rickets which can then be used for treatment.

Treatment for Rickets in Kids What to Expect After Treatment

Regular follow up is needed to check for healthy levels of vitamin D, calcium and phosphorus levels in the blood and body. X-rays will be done at regular intervals to check for bone growth and density. Treatment outcomes are excellent in children with nutritional rickets when diagnosed early. Adequate supplementation with vitamin D and calcium can start showing results in a matter of weeks to months. Bowing of the legs in some of the longer-standing rickets cases can also resolve on their own without surgical intervention. However, in children with an advanced stage of rickets, some of the damage can be permanent.

How to Prevent Your Child From Getting Rickets

Several preventive measures can be taken to ensure your child doesn’t get rickets. If the child spends enough time playing outside in the sun and eats nutritional food rich in vitamin D and calcium, it keeps rickets at bay. Few minutes of sunlight a day, few times a week is helpful in producing vitamin D. The daily requirement for both infants and adults is about 10 micrograms (mcg) of vitamin D a day. Pregnant and breastfeeding women should consider taking the recommended 10mcg of vitamin D a day as a supplement to ensure the baby has enough. Also, children between one to four years old should be given a 10mcg vitamin D supplement on a daily basis.

When to Seek Medical Advice

When children show signs of rickets although they are given plenty of nutritious food rich in calcium and vitamin D, its time to seek medical advice. Genetic disorders and other illnesses can affect the absorption of vitamin D, calcium and phosphorus leading to rickets. A different treatment approach is needed in these cases.

Rickets is an easily preventable disease with proper nutrition and supplementation. It can be avoided by getting enough sunshine every day and eating foods rich in vitamin D.

How to Make Your Child Sleep Alone

Your Toddler’s Language Skills in a Bilingual Household