Ultrasound Scans During Pregnancy - Types, How to Prepare and More

Ultrasound Scans During Pregnancy – Types, How to Prepare and More

Ultrasound Scans During Pregnancy – Types, How to Prepare and More 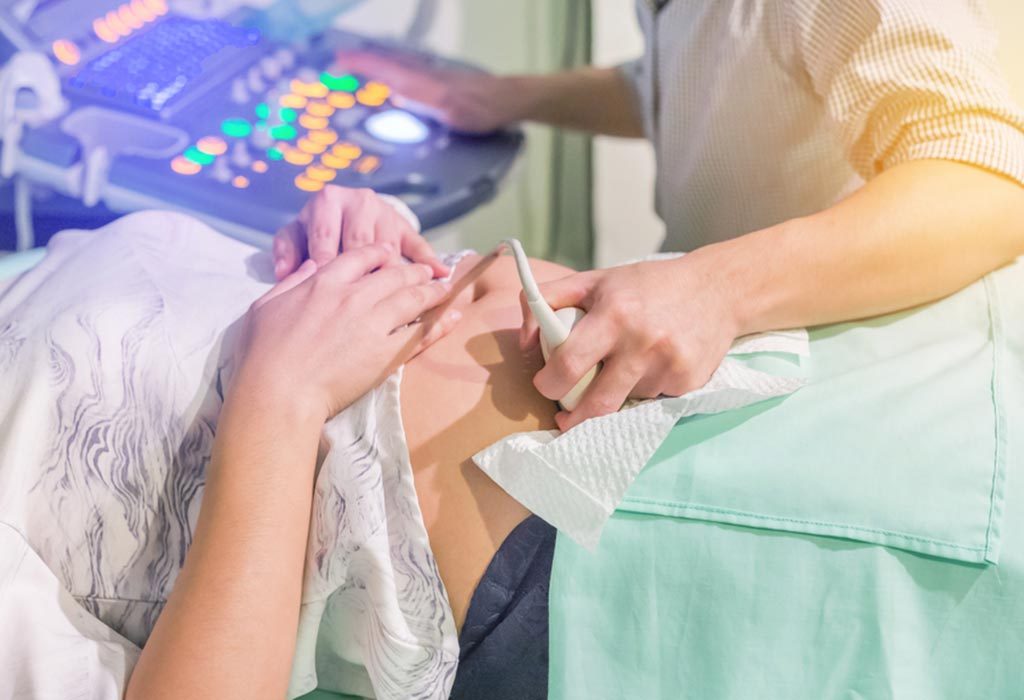 An ultrasound scan sends high-frequency sound waves to the uterus during pregnancy to capture the image of the foetus. Images in ultrasound scans reveal the developmental phases of the body, often revealing bones and tissues through shades of white and grey.

What is an Ultrasound Scan?

An ultrasound scan is used to get a sneak peek of your baby and analyse how the foetus is faring inside the womb. It’s primarily used to detect signs of abnormalities and monitor the growth of the foetus. However, the gender of the baby is not revealed through an ultrasound scan in India, as it is considered illegal. Nowadays, 4D and 3D colour scans are popular ultrasound choices during pregnancy for revealing high-quality images of babies.

Are There Any Risks or Side-Effects of Ultrasounds During Pregnancy?

For over 40 years, ultrasound scans have been used during pregnancies with no known side-effects. It is safe, and forms an essential part of ensuring your baby is developing well in the womb.

When and Why You Need a Sonography in Pregnancy

You need a sonography (ultrasound scan) during pregnancy to confirm if the fertilised egg has implanted in the placenta. Here are a few reasons why you need it- During the First Trimester

During the first trimester of your pregnancy, you will

During the Second Trimester

During the second trimester, you will

During the Third Trimester

How to Prepare for an Ultrasound Scan During Pregnancy

Before you prepare for an ultrasound scan for pregnancy, your bladder will need to be full in order to clearly scan for a high-quality image of the foetus. Make sure you drink two to three-ounce glasses of water, one hour before your scheduled ultrasound scan comes up.

Remember to have a full bladder during your appointment and do not urinate before the scan, especially in the first trimester of pregnancy.

How is an Ultrasound Done During Pregnancy?

The ultrasound scan is a very simple procedure for first-timers. You basically lie down on the examination table and the technician applies a special gel on your abdomen and pelvic area. This gel improves contact between the womb and the transducer so that waves travel properly through your belly. The transducer, which looks like a small wand, is finally placed on your belly, and as it moves, black and white images are captured on the screen. You may be asked to move or hold your breath during this process. Once the scan is satisfactory and the images are captured well, the gel is removed from your abdomen, and you will then be allowed to urinate or empty your bladder.

Does a Sonography Hurt?

Under normal circumstances, a sonography doesn’t hurt. However, if you have any pelvic injuries or existing abdominal pain, the pressure exerted by the transducer during the ultrasound might hurt or be a bit painful.

There are different types of ultrasounds offered during pregnancy. They are

Some Points to Keep in Mind

Here are a few of the most commonly asked questions with regards to an ultrasound scan during pregnancy.

1. Is There Any Problem if the Ultrasound is Performed At Six to Seven Weeks and a Heartbeat is Not Detected?

No. Hearing no heartbeat is normal during the early stages of pregnancy, as long as the foetus is shown to be developing.

An ultrasound scan is accurate in calculating the gestational age of the baby only during the early weeks of pregnancy and not later on.

3. Why Do Some Gynaecologists Schedule Ultrasound Scans Differently? 4. Are Ultrasound Scans Accurate in Determining the Conception Date?

Any calculations that are done for determining the conception date after an ultrasound are only estimates and not truly accurate. The due date depends on the average length and regularity of a woman’s menstrual cycle.

5. Are Ultrasounds a Significant Part of Prenatal Care?

Getting a sonogram in pregnancy is not only sound, but effective too. Ultrasound scans are a necessity to find out whether or not you’re pregnant. If you are, they are used for tracking changes and growth of the fetus. Consult your doctor regarding which type to go for during pregnancy, based on your medical condition and comfort levels.

Previous article « Frequency of Baby Poop – How Often Should Your Baby Poop?
Next article Eating Pista (Pistachios) During Pregnancy »