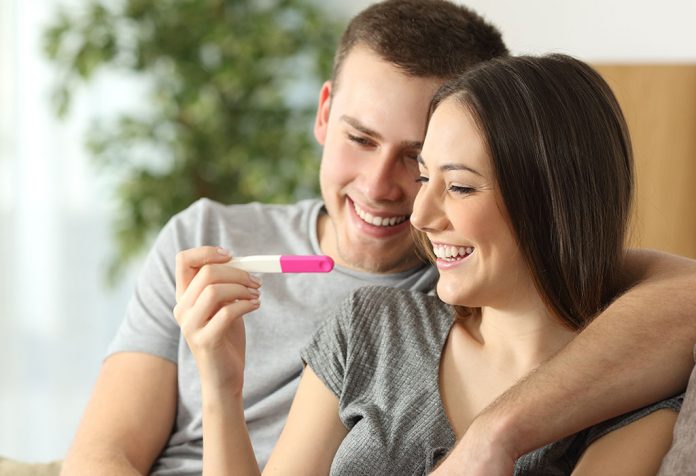 Counting from the first day of your last period, pregnancy lasts for about 40 weeks. Most women aren’t aware of it until the second month when they miss their period. Pregnancy stages, week by week are grouped into three trimesters when hormonal and bodily changes can be anticipated. Continue reading to understand how your body changes while your baby grows through stages of pregnancy month by month.

What are the Stages of Pregnancy

There are several stages during pregnancy. Know what they are: This first stage of pregnancy begins with a sperm cell fertilizing the egg. To understand the process better, it can be divided into following steps:

Conception is part of the first-trimester pregnancy stages. The first trimester spans from week one to twelve and brings many changes.

The first trimester brings about a lot of changes in your body with hormones affecting every organ and system. The changes trigger plenty of unpleasant symptoms with your periods stopping being a clear sign of pregnancy. The other symptoms include:

As the body changes you might have to make changes to your routine to cope with it such as going to bed earlier or eating small and frequent meals. Symptoms usually disappear in time and some women may not feel them at all.

The second trimester is what most women find to be the easiest as their morning sickness and fatigue is past them and they start feeling good. Though, the changes to your body continue with the abdomen beginning to expand from week 13 to week 27. As your body prepares to make room for your baby, you may experience symptoms such as:

Some of the discomforts of the second trimester may continue to the third. Added to that, the uterus applies pressure on the organs. Breathing might seem a little difficult and you’ll have the urge to go to the bathroom often. Labour is the last stage of pregnancy when you’re anticipating the birth of your child. Labour occurs in three stages:

These labour stages apply to a normal delivery. In the case of a C section, however, an incision is made into the abdomen to remove the baby.

Pregnancy is a lifetime experience when the changes in your body are a wonderful reminder of your baby developing inside you.

7 Hacks to Follow for a Safe and Healthy Pregnancy

Our Path to Parenthood – My Story of Pregnancy and Childbirth