Natural and Logical Consequences - Using Them As Child Discipline Strategy 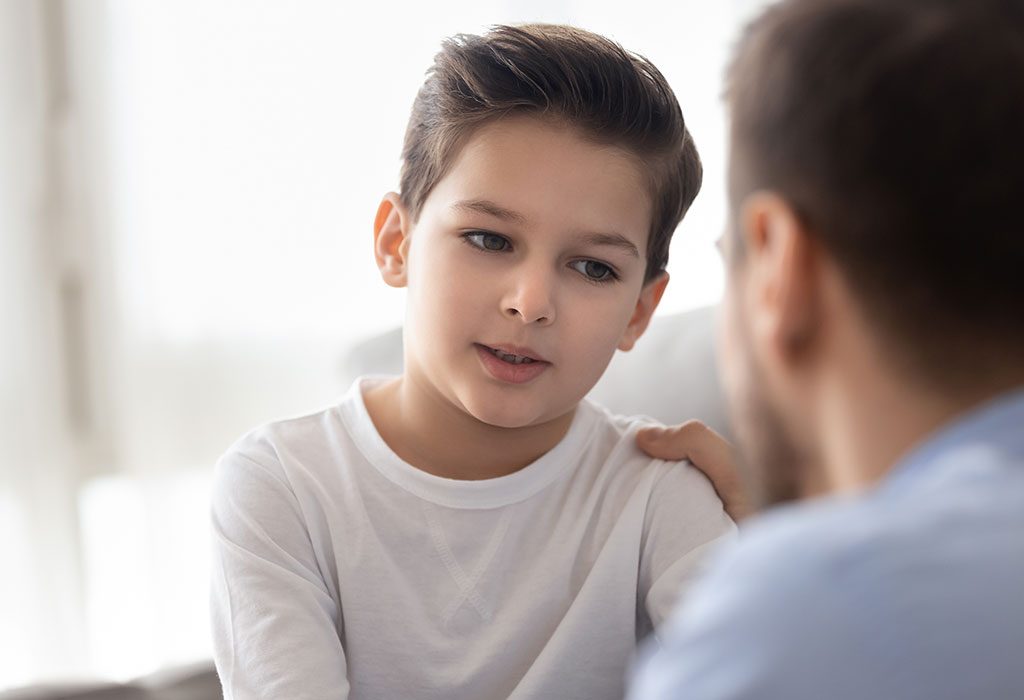 What Are Natural and Logical Consequences?

Natural consequences, as the word suggests, is the inevitable result that follows the actions of your child without your interference. Think of it as a fallout of not doing something, or doing something they are not supposed to, and facing the consequences. Say your child refuses to wear a jacket after repeated warnings that it is going to become colder as night falls. As evening approaches, he starts feeling cold and begins shivering. Or, your little one couldn’t stop himself from eating too many gummy bears despite you telling him that it would give him a tummy ache in the night.

Logical consequences, on the other hand, are what you impose on your child as a disciplinary measure when a rule is broken. They are best linked to bad behaviour. For example, your child plays with a basketball inside the house despite the strict rule against it and ends up breaking a lamp. The logical consequence is that he will have to give up his allowance to replace the lamp or do extra chores as a disciplinary action. Another example is he is forbidden to ride his tricycle in the street, and he breaks the rule. The logical consequence is that you take away his tricycle for the day.

Consequences can be negative or positive. Going to bed late will leave him feeling cranky, groggy, and generally, out of mood the whole day. On the other hand, going early to bed will ensure your child is well-rested and feels active, cheerful, and energetic. Let’s take a look at some more benefits of logical and natural consequences.

Both natural and logical consequences are useful in teaching responsible behaviour to children. Here is how they work.

For parents, there is a way they can use logical and natural consequences naturally. Read on to know more.

How Can Parents Use Logical and Natural Consequences Wisely?

Consequences are a wonderful replacement to traditional disciplining methods. Here are ways in which you can use it to the fullest:

1. No Need for Repeated Warnings or Punishments

There is no need to threaten your child or punish them for a certain behaviour when using natural or logical consequences. You won’t have to go “If you don’t do that right now, I will..’’, the child will eventually understand that an action “X” leads to the consequence “Y”. For logical consequences, you can have a list to remind them. For example, the logical consequence for lying about finishing chores is that they have to pick up more the next time and give a detailed report on all that was done.

2. Reminding Children of Their Choices

When modifying your child’s behaviour, it is best to offer him a few choices as a consequence. Ensure you offer him a choice that you can live with and don’t harm him emotionally. Instead of a threat, such as “Stop kicking your brother or you will have a time out!”, tell your child that he has to sit and think calmly about the behaviour. The logical consequence for hitting then becomes putting himself in his brother’s place to understand how it feels to get kicked. And, when he is ready to play nice, he can join the family again.

It is important to stay firm with your logical consequences no matter how much your child expresses anger, resentment, or tries to take you on a guilt-trip. Remind him that consequences are final, and it was the choice that he made. Relaxing the consequence even once allows your kid to use it the next time to try harder to get away with it. Therefore, unless it’s impossible to carry out the logical consequence under the circumstance, stay consistent.

4. The Consequences Should Fit the Behavior

When coming up with consequences, it is essential that the consequence fits the mistake perfectly to get the lesson across. It won’t make much sense to give a general punishment such as cutting out the dessert if your child doesn’t pick up after his playtime. The right consequence is he won’t get the toy until the next day if he doesn’t clean up after himself. The logical consequence of not listening to your instruction of not playing basketball inside the house is that the ball gets confiscated before your child enters the house, and he only gets it when he is ready to play outside.

5. Do Not Nag About the Past

Avoid saying lines such as “You never listen to me”, “You will always forget”, instead use more positive reinforcement such as “Good job cleaning up after yourself”. Appreciate them when they get something right and avoid criticisms as much as possible. Children respond better to appreciation than nagging. Let the failures of their past stay there and focus on the present and immediate future.

6. Wherever Possible, Allow the Child to Decide the Consequence

This can be quite an effective technique as children are more likely to participate in the decision they make. Therefore, whenever possible, allow your child to decide what the consequence is going to be. This will ensure he will face the consequence when he fails to live up to it. It often happens that children can come up with better consequences than parents when given the opportunity. So, get your little one involved in the decision making.

When You Should Not Use Natural And Logical Consequences

While natural and logical consequences work most of the time, there are times when serious misbehaviour requires a higher level of intervention by the parents. They are as follows:

Examples of Disobedience and It’s Natural and Logical Consequence

Here are a few examples of disobedience/problematic behaviour and the consequences best-suited for them:

A natural consequence of this behaviour is that the child needs to make up for the music/band lessons later.

2. The Child Repeatedly Refuses to Shower

The ideal natural consequence for non-compliance is the social repercussions from friends and peers outside due to body odour.

3. The Child Does Not Put Laundry in the Hamper as Told

The logical consequence for this is that only the clothes in the hamper get washed on laundry day.

4. The Child Is Noisy Inside the House During Playtime

The logical consequence is to send the child outside to play despite their preference to play inside.

5. The Child Does Not Pick Up Toys After Playtime

The logical consequence of this situation is the loss of privilege to play with those toys until the child picks up after the next playtime.

6. The Child Is Late to the Table

The logical consequence is that the dinner stops serving after everyone is done.

7. The Child Does Not Put a Baseball Glove Away After Wash

The natural consequence is the child will have a wet glove at practice the next day,

Natural and logical consequences are effective disciplinary strategies than threats and punishments. They take the blame away from the child and replace it with lessons to set up a corrective mechanism in a positive manner.

Previous article « Importance of Parental Involvement at School
Next article Is Cabbage Good for Babies? Know Its Health Benefits, Side Effects and Recipes »