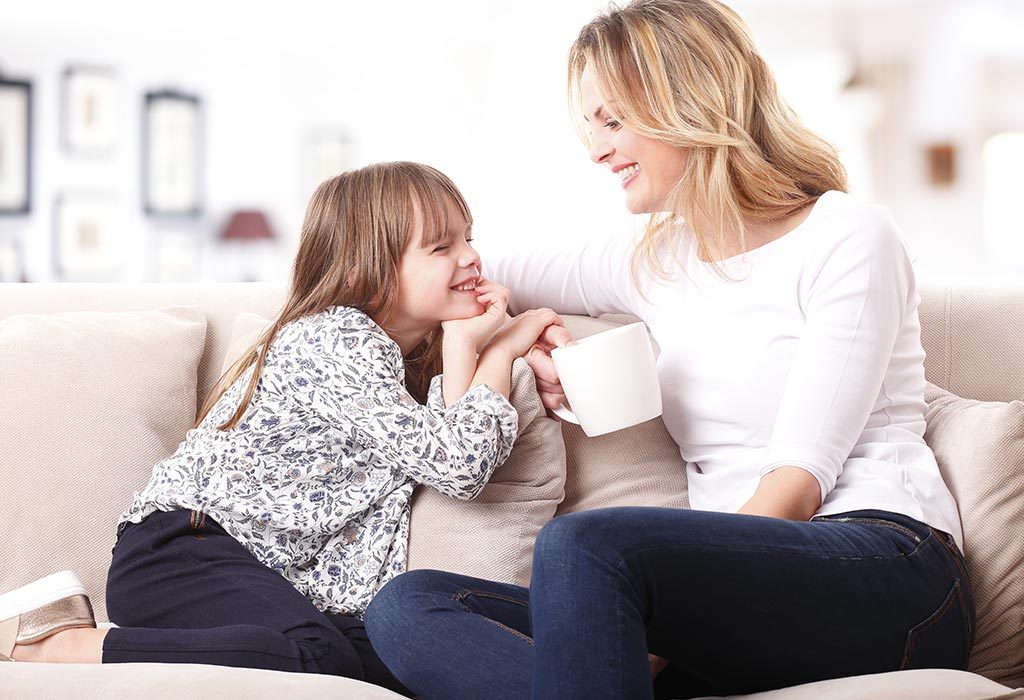 Is your child deliberately picking up fights with you or with his teachers in school? Is he displaying aggressive behaviour by bullying his peers? You may have even noticed that your child feels sad and depressed for long periods of time and does not talk to anyone. The problem is that he does not have any strong and positive role models from whom he can draw inspiration. Such kind of behaviour is a sign of a lack of a healthy environment in school and at home. But worry not, as this can be rectified through discipline.

Why is Spanking Not the Best Option to Discipline Your Child?

Nearly all of us grew up under child discipline methods of scolding, beating, or being spanked, and now we seem to have accepted it as means of growing up phase and lead our lives rather efficiently. But statistics and research have now shown that spanking your kid can have unwanted effects on his physical and mental well-being.

Spanking always seems to work the first time it’s done. Your child relents and begins listening to you. But repetitive administration leads to him being insensitive to it and he begins to manifest hateful emotions for the same. The worst part is that spanking develops a fear in children, and he might often find it difficult to communicate freely because of the fear of being scolded or spanked.

Initially, you may try to talk to him calmly and patiently, but once you resort to spanking, it makes him think that you do not care about him anymore, which only fuels his anger and aggressive behaviour and he does not take responsibility for his actions. He begins to accept that anger is the only appropriate way to handle conflicts and maintain control. And as he grows old, it may result in physical fights which could end up hurting him.

Research has also shown that spanking causes long-term behavioural impact on the mental health of kids. With no understanding of a mature way to handle conflict, such children grow up to be adults who resort to alcohol and violence to handle their emotions, hit their children or spouse, and lead a frustrated life thereafter. What to Do if Your Child Throws a Temper Tantrum?

Tantrums can be prevented by giving your child positive reinforcement for good behaviour. If he helps you with your chores or finishes his work on time, a simple pat on the back and a few words of encouragement would be enough to set his moral compass right.

Whenever you sense that a certain situation might cause him to start throwing a tantrum, step in before he even has a chance to react, and ask him if he is feeling fine or if there’s something he would like to tell you. If he does tell you properly about his issue, help him in resolving the problem. However, if he starts getting frustrated, maintain your own calm and make him understand why certain actions are unacceptable. Telling him in a gentle tone that he can be angry if he wants to, but he is not allowed to throw things around the house. This will make him understand that his actions are wrong and your patient behaviour towards him will make him happy and he will feel that his emotions are being acknowledged. A gentle approach always goes a long way.

If, at all, he completely loses control and starts throwing tantrums, start by ignoring his behaviour completely and carrying on as usual. But, do keep a watch on him to ensure that he isn’t harming himself or anyone else in the home. If such kind of behaviour is increasing and he gets physically violent, restrain him by holding him firmly. Do not slap or spank in order to control him. Use enough strength to restrain any physical movement and he will gradually calm down.

Once he calms down, let him drink some water and wash his face. Distract him from the issue at hand by bringing up a new topic or asking him to help you with some household chore. If he is considerably grown up, talk to him about why such tantrums are harmful and unacceptable, and find better ways to communicate in the future. The Best Ways to Discipline Children

When children are in their growing stage, it is the responsibility of parents to keep their behaviour in check, otherwise, they will go out of hand. Children spoiled in young age, remained spoiled for life. So, a little discipline is necessary, don’t you think? But how to discipline them so that they take it in a positive manner? Here are some ways of making sure that your children behave properly without you having to resort to physical or verbal thrashing.

Tantrums are a child’s way of showing his dislike and refusal to agree with what you’re asking since he isn’t fully equipped to process unwanted emotions. By understanding your child better and using the right methods to inculcate discipline, your child will not only behave better but become closer to you as well.

Also Read: How to Make Kids Listen to You – 12 Best Tips

Previous article « Maternity and Nursing Bras: Be Informed & Choose the Right One
Next article Secondary Infertility »