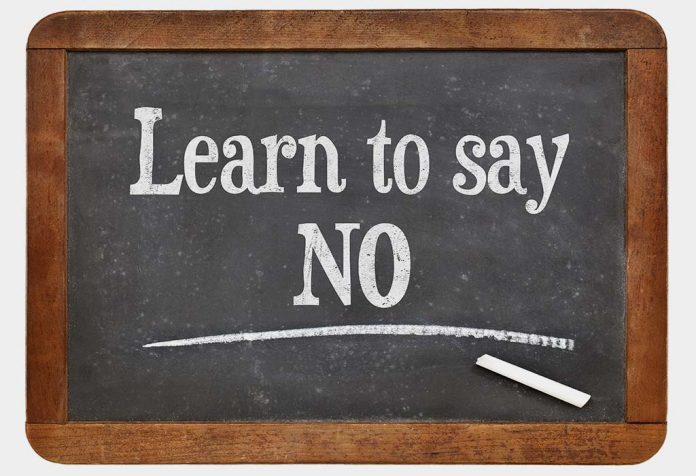 Many people find it hard to say ‘no’ to someone. If someone asks them for a favour, they find it difficult to turn them down, so they do it even when they are pressed of time. The word ‘No’ may seem tiny, but it comes with huge baggage. If you are not in the habit of saying no to people, you may feel guilty if you turn someone down. Saying ‘no’ to people without hurting their feelings is an art. If you are not used to refusing someone, you will have to learn. Read on to know how you can politely say no to people without feeling guilty.

When Should You Say No?

For children, saying no is pretty much a regular job because they don’t have to worry about the consequences. But refusing someone or saying no to someone is difficult for an adult. When politely refusing someone, each word has to be weighed carefully before uttering it. There will be times when you will have to say no to people for your good. Sometimes just by looking at a problem, you will realise that something is not right. Say ‘no’, unless it has to do something with your job.

Try to avoid moments where you know you would not be able to meet the commitment. There is nothing wrong in saying no point blank. If you won’t be able to finish a task in a stipulated amount of time, don’t do it for the sake of doing it. Also, don’t do it to please someone. If you don’t have the time or have other commitments, don’t take more work and worsen your health.

Saying no in situations where you don’t feel comfortable is important. There is no point in taking a stride into a zone where you are way out of your comfort zone. Don’t just say yes to fulfil someone’s wish, or else you would end up doing it half-heartedly.

How to Say No Without Feeling Guilty

To know how to say no to someone you need to understand what the other person is like and what he might perceive in your ‘No’. Sometimes you have to plan it accordingly to save yourself from the guilt later. Here are some tips to say no to people that you can try.

If someone asks for favour all of a sudden, refusing their request would be hard, and you may feel bad. But, you can always plan well ahead of time if you want to say no. Sometimes, you can sense when someone is going to shove the burden of doing something on you. In such situations, say it beforehand that you wouldn’t be available for some prior engagements. And say it politely.

If a person is important to you and you want to maintain a healthy relationship with them, then you can offer that person an alternative. The alternative you offer should satisfy the other person asking for a favour and should be comfortable for you as well. In this way, the other person won’t be disappointed with you, and you’ll be able to maintain a healthy relationship with them.

If you have committed to do a particular task by a specific date, but you think you won’t be able to complete the work in time, then say no at the earliest and apologise. This way, you won’t feel guilty. Delaying things would only bring in hassles for you and the other person. The other person may be disappointed, but it would not be difficult for him to find an alternative. And, most importantly, they would not feel hurt or insulted.

Learn to say no without explaining. You don’t need to go overboard with tales. Sometimes, to unburden ourselves, we look for suitable excuses, but if the reasons are not genuine, then the make-believe stories can give us away. So, avoid narrating tales that are not real. Moreover, believe in yourself and learn to say no to things you don’t believe in or won’t have time for. Giving explanations always also reflects that you are not confident. So, avoid offering explanations all the time. 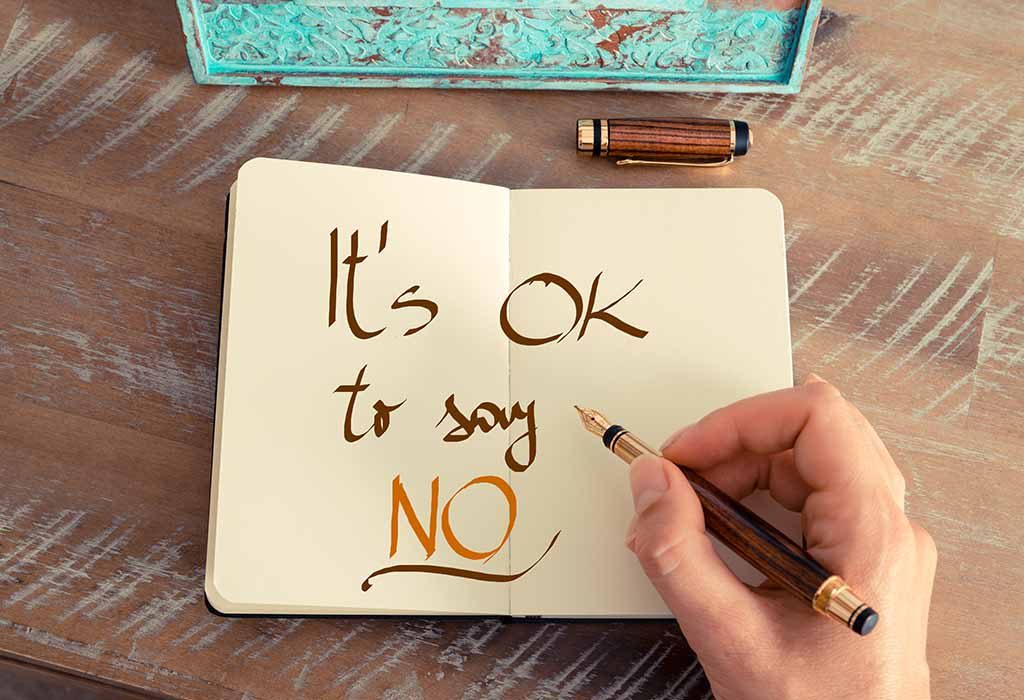 If someone has asked for a favour or has requested you personally to do a certain task, but you have other commitments, then don’t say no to that person right way. Look for solutions and suggest them. You can always suggest them a person who you think would be better suitable for that job. This way they won’t feel that you denied them outrightly. Also, they would be happy that you helped them.

If you want to know how to say no to your boss, then say no politely. Do not fabricate anything. A flawed story may fall flat. A simple no works well. You can also tell the truth like you have had a rough week and you want to spend some quality time with yourself just to rejuvenate. You never know, your boss may understand.

It is difficult to say no to friends. If your friend asked for a favour and you said no, chances are he would try coaxing you into giving in. But if you have strong reasons, firmly say no to make them extra sure of the gravity of your situation.

Don’t take freebies. If you accept it from a person, then they may offer you more, and you will have to accept them. Later, they may insist you to buying something that is of no use to you, and you may just have to buy it to maintain a relationship with them.

9. Don’t Try to Please Anyone

It is not your job to please every person you meet. If you do, then you would end up sacrificing your well-being. You don’t have to put on a facade and explain how nice you are. People can take advantage of it, and you would end up losing a lot. Be bold, and stop saying yes all the time.

10. Stay Away from Favour Seekers

Some people ask for a favour every time you are on board. Avoid such people because you would hardly get anything in return. So it is better to maintain a distance from such people.

Saying no needs practise and courage. Once you get used to it, it would come naturally to you. Most importantly, you would learn who are the people of great value in your life.

Eating Junk Food During Pregnancy – Is It Safe for You & Baby?

How Fathers Help Toddlers Deal With Their Anxieties?