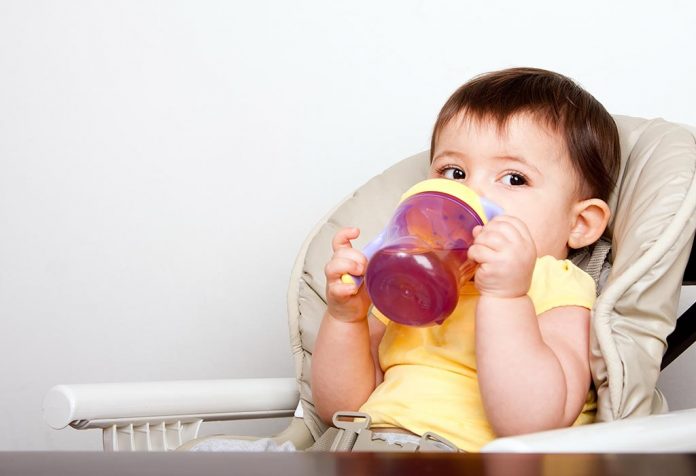 Whether your baby is bottle-fed, breastfed or a combination of both, you may want to introduce a sippy cup to him between the ages of 6 to 9 months old. However, parents have a number of questions about sippy cups, such as:” Are they safe?”, “When should they be introduced?” etc. Read on to get all your questions on introducing sippy cups to toddlers answered.

When You Should Introduce a Sippy Cup to a Toddler 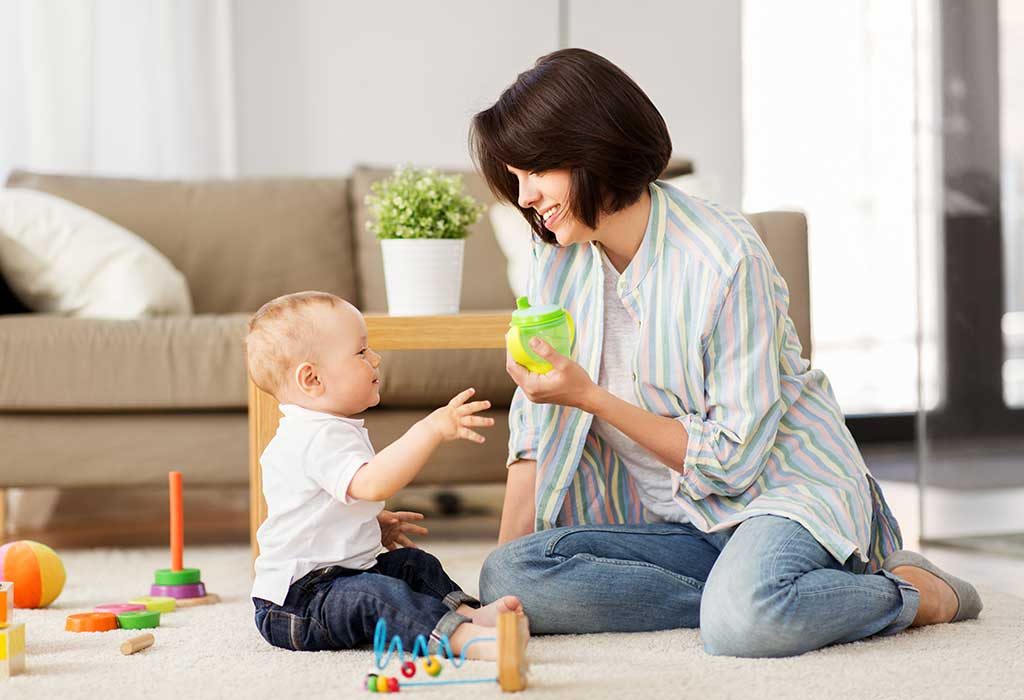 Ideally, if your baby can sit on a high chair, it’s about time to introduce a sippy cup to him. You should first introduce a sippy cup to your baby between 6 to 9 months. The transition from a bottle or breast to a sippy cup is slow, so you can alternate between the two. It usually takes a while for kids to understand that milk and other liquids have sources other than the breast or bottle, and you may initially have some trouble. Babies also take time to adjust to holding the sippy cup and drinking from it, as their motor skills are still developing. Introducing a sippy cup early on ensures that your child takes his time to adjust to the change and can drink independently from the cup by 1 year. Remember, sippy cups by themselves are the stepping stone to drinking from an open glass or straw, so you want to get your child used to the change early on.

A great way to know if your child is ready for a sippy cup is to look for signs of readiness. These include:

Tips to Introduce a Sippy Cup to Your Toddler

Here are some tips that will help make the transition from the breast or bottle to a sippy cup smoother.

Putting expressed milk or formula into the sippy cup adds that sense of familiarity and will make the sippy cup more desirable to your baby. If you have started giving your baby some water, you can also put some of it in the sippy cup.

A soft, pliable spout on the sippy cup makes it feel more like a breast or bottle, so your child doesn’t feel like he is being given something completely foreign. Hard spouts feel unfamiliar, and babies tend to resist such sippy cups.

3. Don’t Fill It Up Completely

Fill the sippy cup only 1/4th of the way, so it feels lighter and your baby will be more likely to finish all the liquid in it. It shouldn’t have to be a task for your little one to hold a heavy cup.

4. Offer It in the Morning

Children are usually least fussy with milk in the morning and tend to chug down as much as you give them. Your child is less likely to refuse the sippy cup in the morning because he is hungry. This goes for mid-night feeds as well. If your child wakes up in the middle of the night feeling hungry, give him breastmilk or formula in the sippy cup.

5. Show Your Baby How to Drink From It

If your baby has trouble figuring out how to drink from the sippy cup, show him how to, and make a sucking noise as well. Remember to sterilise the spout or give a clean one to your baby after you use it.

What to Do if Your Baby Refuses the Sippy Cup 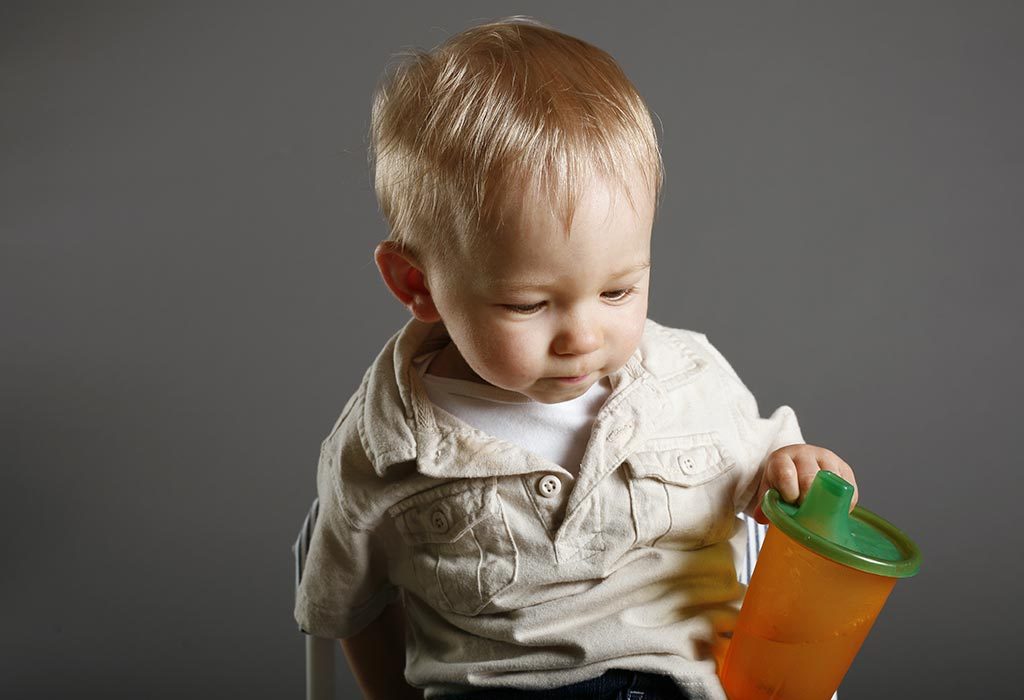 A sippy cup is, after all, unfamiliar, so it is likely that your child may initially refuse to use it. Here is what you can do in that case.

1. Dip the Spout in the Liquid

Dip the spout of the sippy cup in the liquid that is in the bottle. Once, he gets a taste of it, he will likely want more and start drinking from the sippy cup.

If your child refuses to drink familiar liquids from the sippy cup, try switching it up with juices or water.

Sometimes your child may just not like the sippy cup, so you could try using other varieties with differently shaped handles, spouts, etc. Try until you succeed.

4. Alternate Between the Bottle and Cup

Alternating between the bottle and sippy cup during or between feeds may also help you get your baby acclimatised to the cup.

Rushing your baby will only cause him to become more resistant to the sippy cup. Instead, let him take his time. If he says ‘no’ when you offer him the sippy cup, don’t force him. Instead, find ways that’ll make your child accept it willingly.

Whatever you do, try not to create a negative experience around the sippy cup. Let your baby have his space, while you use these tips to sneakily change things up once in a while. Remember, all babies are different, and it is likely that your child will take his own time and ways to get used to a sippy cup.

Also Read: When Your Toddler Picks Up a Spoon for Feeding

Lactating After Baby Loss and Stillbirth