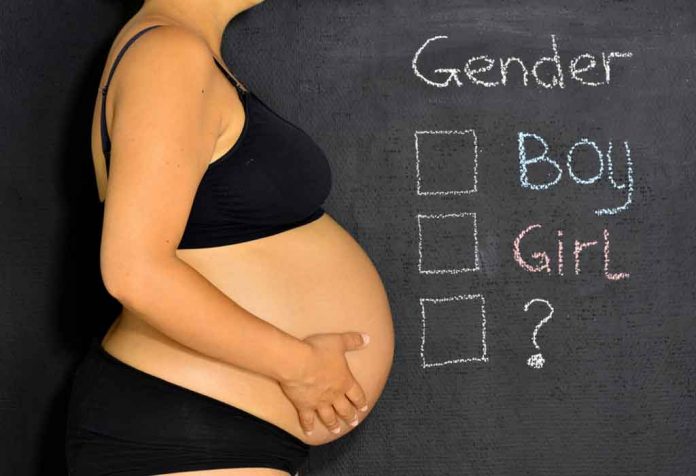 Do you know how many intersex babies are born each year and what exactly are the statistics? This is a callous question to answer for even countries where most births take place in hospitals. This can be attributed to the fact that no one is needed to keep track of this information. But it is a well-established fact that being intersex is quite common. Close to 1.7% of babies are born intersex, and we should compare this number to a ~0.3% chance of having identical twins! 1 in every 2,000 babies (0.05% of babies) is born with genital variations, so much so that a doctor may suggest changing it with an unrequired surgery. Our objective in this article is to educate you with the necessary information related to intersex babies.

Intersex, also known as Differences of Sexual Development (DSD), is an umbrella term that refers to children born with differences in gender-based characteristics that do not associate with the binary or typical definition of girl or boy. It is a common term used for specific situations in which a baby is born with sexual or reproductive anatomy that does not fit the boxes of “female” or “male.” Occasionally, doctors perform surgeries on intersex babies to make their bodies fit into “female” or “male” categories.

Intersex infants are as natural as being a boy or a girl, and it is not a medical problem. Thus, medical interventions, such as hormone therapies or surgeries on children, are not generally required. You must also note that being intersex is a common phenomenon.

How Common is it?

While many situations comprise intersex, if experts at medical centers are asked how frequently babies are born of both sexes, the number comes to about 1 in 1500 to 1 in 2000 births. However, many babies are born with delicate or subtler forms of sex anatomy variations, some of which may not show up until they grow up or later in life.

While we cannot pinpoint why a baby is born intersex, it is crucial to understand that most intersex traits occur randomly. However, some of these traits do run in families. For the sake of being specific, a few reasons as to why intersex traits may develop are:

1. Deletion or translocation of the SRY (“Sex-determining Region Y”) gene

A significant cause of the Swyer Syndrome, mutations in the SRY gene leads to inadequate or complete stoppage of the sex-determining region Y protein production, creating a non-functioning protein. This leads to instances where the baby is born with the female reproductory organs rather than the male ones, despite having male karyotypes.

The AR gene is an enzyme deficiency that leads to large amounts of androgen production. Mutations in this gene prevent the androgen receptors from functioning normally, leading to the inability of other organs to use the sex-determining hormones properly.

3. Use of exogenous hormone during pregnancy

Exogenous hormones, or hormones administered externally, can also lead to intersex babies. Specifically, the usage of progesterone or estrogen to deal with the side effects of the pregnancy can lead to the hormones affecting the child as well.

Signs or symptoms of intersex include:

Once a baby is born, the medical team assisting in the delivery will most likely be the first to recognize some differences in genitalia. Sometimes, ambiguous genitalia could also be suspected prenatally, that is, before birth. The characteristics may vary in severity, based on when during the genital development the problem took place and the cause of the disorder.

Babies who are genetically categorized as female (having two X chromosomes) could have:

Babies who are genetically categorized as male (with one X and one Y chromosome) could have:

The role of family history is quite significant in the formation or development of ambiguous genitalia, as various disorders related to sex development result from inherited genetic abnormalities. The possible risk factors in such a case are:

If your family has a history of these risk factors, you must seek medical advice before getting pregnant. 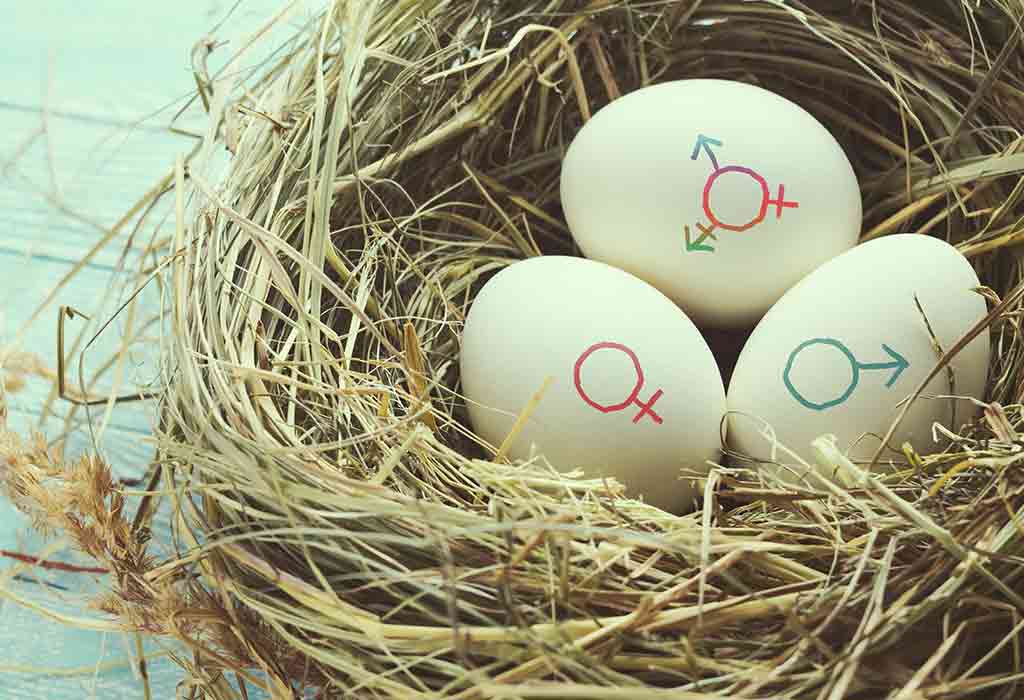 Intersex people may have a higher risk of developing certain types of cancers.

People who are intersex may not be able to conceive, which depends on the specific diagnosis.

Intersex is considered a medical identification. Once a baby is born, the delivery doctor assigns it legal sex – female or male. But, if a child’s genitals do not fall in the general female or male anatomy scope, then the doctor may categorize the child as intersex. Such a child has intersex baby parts.

An abnormally small penis (Micropenis) or large clitoris (Clitoromegaly) can signify an intersex baby. The doctor can identify such changes at birth, after which further tests may need to be done.

While diagnosis can be made at birth, sometimes factors regarding puberty can also be used or the diagnosis. For instance, extremely delayed or non-existent changes during puberty, and even unanticipated changes to the body may be signs of an intersex baby.

How to Treat Intersex Baby

The answer to this question is simple. An intersex child should be treated generally as any other child. However, in recent decades, many treatments have emerged.

Various doctors advise for an early irreversible surgery on intersex children. Such surgeries carry the risk of nerve damage, pain, and scarring. However, with time the understanding of the term intersex has evolved.

Families now consult a team of specialists. The medical community today has developed in its method of approach to intersex cases. These teams organize various healthcare specialists, including mental health providers, to recommend and treat intersex patients.

3. Engagement of the child in deciding treatment option

The revelation of a child’s intersex traits to the child is hugely recommended conducted. Most health care professionals now acknowledge that, in some cases, families prefer to leave their kid’s body intact to preserve the child’s health, fertility options, and dignity.

Questions to Ask Your Doctor

Following are some of the questions that you must ask your health care team regarding an intersex child. It is also recommended that you make and retain careful notes so that it can be easy for you to keep track of your child’s health records and medical history with all your options in place.

With time, the stigma against intersex people has fortunately reduced over the years as the general population, and medical and healthcare professionals have gained a better understanding. Again, intersex is strictly referred to as a set of conditions in which a person’s sexual development (internal organs, genitalia, and sex hormone levels) deviates from the general or typical binary pattern.

Though the term intersex is quite common, there may be many questions that families of intersex children may need answers to. If you just google ambiguous genitalia newborn, you will find a lot of information. Following are some of the FAQs related to intersex children:

The following chart covers the features of an intersex child:

2. What is the Difference Between Hermaphrodite and Intersex?

The term Hermaphrodite was widely used in medical literature earlier to address intersex people, but this term is now considered inaccurate, stigmatizing, and confusing. This term is also considered to be a slur. If you check on the Internet for keywords of hermaphrodite, you will see that the term is a slur.

3. Will My Child Have Children/Get Pregnant?

4. Will My Kid Have a Hard Time With Sexual Preferences Or Gender Identity?

If your child is determined and persistent about gender identity feelings, then you need to listen. Discuss the issue with your child without making them feel awkward and without any judgments. All your child needs is your support, and everything else falls into place with time.

5. What Is Intersex Surgery & Is It Legal?

Intersex surgeries include surgeries, such as clitoral reduction (a procedure that decreases the size of the clitoris and gonadectomies (a procedure to remove the gonads). Such surgeries are harmful and can cause a lot of pain, discomfort, and scarring for the child. Such surgeries are not recommended and should only be performed if it is the person’s will. It is very simple to understand that removing body parts just because we do not like the way they look is unacceptable.

6. Can an Intersex Baby Be Healthy?

Intersex traits are a naturally occurring phenomenon, and such traits are not a disease or a disorder that affects a child’s health.

How to Get a Child’s Social Security Card and Number

When Parents Hurt Their Children

“I Don’t Want Him To Get Unpopular!” Saif Ali Khan Gets Candid About Son’s Name