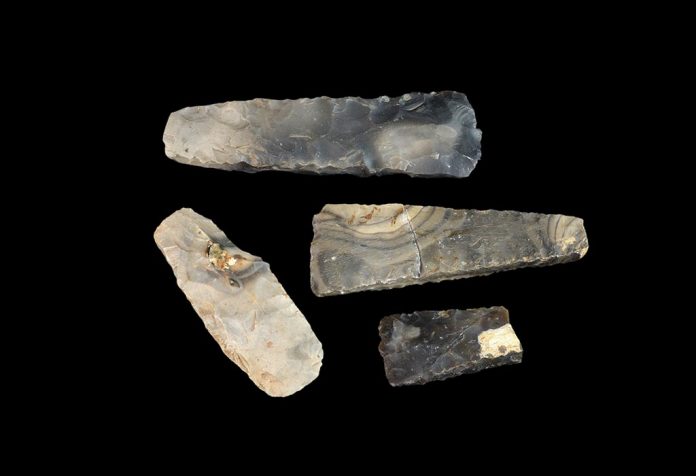 The stone age was the most interesting period in the history of mankind. It marks a period of pre-history when people used stones as primitive tools. The stone age was the earliest period of human culture. At that time, there were four different species of humans, namely, homo habilis, homo erectus, homo neanderthalensis, and homo sapiens.

What Was the Stone Age?

The stone age was the beginning of human culture; it was the earliest period when tools were made using stones. It was the time when people knew only about their hunger and discovered ways to fulfil it. For survival, they had to search for food and protect themselves from wild animals. This required tools and weapons, which they first made using stones and later the tools were made with metals. The stone age started a million years ago that covers the origin of man and the development of their skills, culture, religion, and beliefs.

How Long Did the Stone Age Last?

The stone age lasted until around 2300 BC, which actually began around 2.5 million years ago.

Which 3 Periods Stone Age Is Divided Into?

The stone age is particularly divided into three distinct periods based on the stages of human development and level of sophistication.

The old stone age was the origin of early human existence. The period was the first and it lasted for the longest. This was the time when men needed to take care of their hunger and protect themselves from wild animals. During this period they made tools out of stone, lived in caves, and mostly migrated according to the season. They even developed languages to some extent. It was also the beginning of human culture and religion.

The middle stone age started with the end of the ice age and lasted until the introduction of the farming period. During this period men developed smaller and finer stone tools like spearheads, bow, and arrow. They also made canoes that were meant for fishing purpose as well. Dogs were domesticated in this time by sorting breeds and selecting less aggressive animals, probably wolves.

The new stone age saw the start of agriculture. Farming was a reliable source of food supply and was adopted widely. Also, several animals like cow and sheep were domesticated for milk, meat, bone, and leather supply. Humans also learnt settlement in one place by storing resources for different situations. This period was ended when the smelting of metals was introduced.

Tools Used in the Stone Age

During the stone age period, the first-ever tool used by humans was made using stones. They discovered fire by rubbing two stones together. Other tools were made by chipping stones and pebbles. Over the years, men gained several skills and improved their tools. In the beginning, they were made mainly using stones like flint, bone, wood, and leather. It was this period when tools like hammerstone, arrow, harpoon, spears, hand-axes, bone needle etc. were first made. Later the stone age period ended with the foundation of metal smelting with which people made better and stronger tools.

The people of the stone age developed religious beliefs for the things they could not describe or understand. The beliefs were to explicate the world around them like the weather change, sunrise or sunset, thunderstorms, life and death. As humans started to settle down they even made tombs for their ancestors to worship them. They came to believe that there were some forces in nature that connect them with the spirit of the dead.

In the earliest human culture, men used to live in caves, and that is why they were also called cavemen. Initially, they used rock shelters and later made huts and houses. People used wooden logs, bones of animals, animal fur to make shelters. During the middle stone age, the huts were thatched from reeds, grass and mud. By the end of the stone age, the houses became more advanced and permanent by using weaving techniques with reeds and filling every gap with clay or cow dung.

People in the stone age did not wear any clothes or shoes, it was after millions of years when men began to cover themselves. There are many theories one of which consider that with the climatic change people started using warm fur blankets to wrap them around their body. Clothing was developed with time when people began to used leather pieces and strips to make clothes. Much later the bone needle was invented which helped in making holes in the leather, that were weaved with some natural cordage to secure the cloth in a better way.

The prehistoric people of the stone age were mainly hunters. In the early palaeolithic period, men could only eat meat, fish, fruits, wild berries, and nuts which they collected. They used to hunt for animals with stone spears, arrows, and sharp-pointed rocks. It was in the Mesolithic and neolithic period when humans started domesticating animals for milk and meat. Later, they started using agricultural goods.

Cave paintings are an art form from the stone age period. The oldest painting was found painted around 35,000 years ago. These paintings were of animals, human hands, and simple geometric shapes. The predominant colours in cave paintings are red, yellow ochre, charcoal, hematite and manganese oxide. 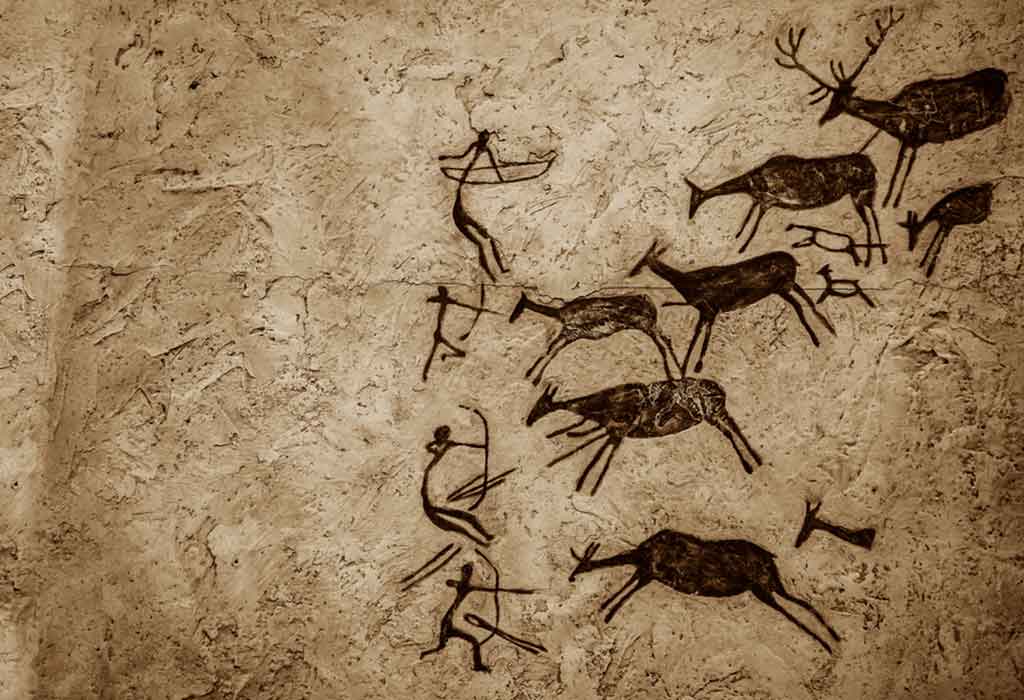 The prehistory period was followed by the protohistory. The first age was the bronze age period, which began around 3000 BC. This period was of great significance for the evolution of humans where they invented bronze. The metal alloy was made by mixing at least two metals, like copper and tin. It was an important discovery as it helped humans to make tools, weapons, and different objects that were stronger and durable than ever before.

Other Facts About the Stone Age

There are some fascinating facts of the stone age for children that would bound them towards the history of humans such as:

The stone age was an amazing period in human history, and it is something that children should know about. Share the above information with your kids to help them understand how people lived and survived years ago, and how life and people have evolved over a period of time.

Why Festivals Are Important for Kids

How to Grow Loofah (Luffa) in Your Garden