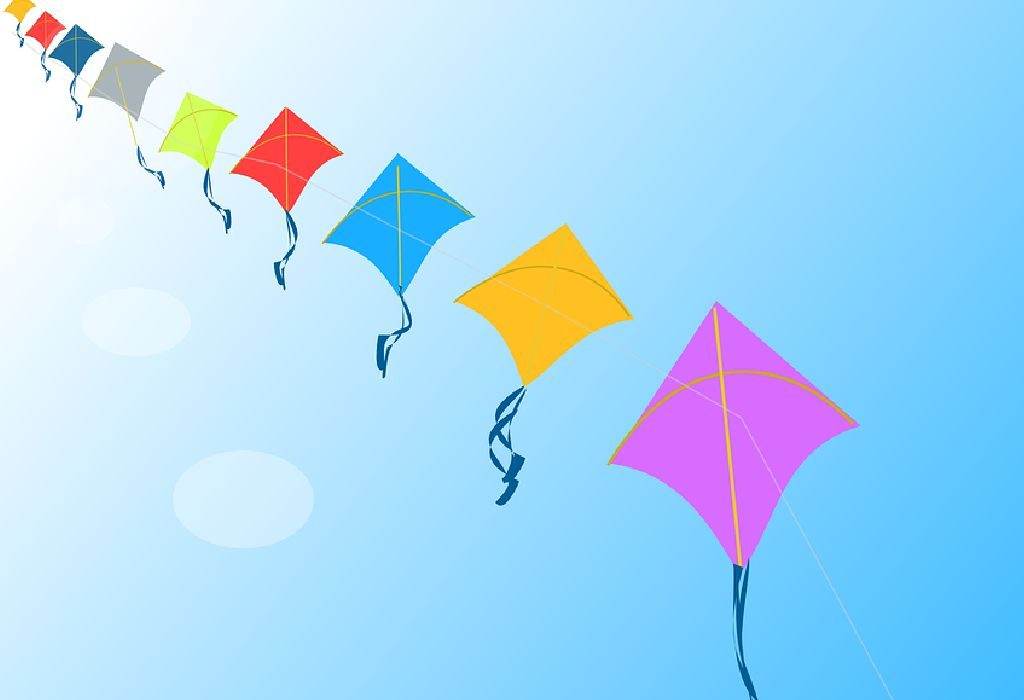 Makar Sankranti has a geographical significance to it. It is on this day that the Sun begins to travel northwards. It leaves the Tropic of Cancer to enter the Tropic of Capricorn (so the name ‘Makar’ corresponding to the zodiac sign ‘Makar’ meaning Capricorn). In addition, Makar Sankranti also marks the beginning of the spring season.

Kites have always been associated with the festival of Makar Sankranti, an important Hindu festival celebrated in almost all parts of India. So, what is Uttarayan or Makar Sankranti? This festival that gives us a reason to come together and celebrate after the chilling winter months has a rich back-story! Here is some Makar Sankranti information that you should know.

Importance and History of Makar Sankranti

Makar Sankranti is a major harvest festival marking the onset of spring season in India. The festival is known by different names in various parts of India, such as Lohri in North India and Pongal in Southern regions. Earlier, Aryans started celebrating this day as an auspicious day for festivities. Even in the Mahabharata epic, this day is considered to be an auspicious one with great significance. Bhishma Pitamah struggled a lot with his life after being wounded in the war, till the onset of Uttarayan. He attained heavenly abode during this auspicious phase. It is believed that people who die on this day achieve moksha or salvation.

Why Makar Sankranti is Celebrated

Makar Sankranti festival marks the end of the harvest season and the beginning of the spring season. On this auspicious day, the Sun God is worshipped across the country along with Lord Vishnu and Goddess Mahalaxmi. The sun enters the Capricorn sun sign (Makara) and the word ‘Sankranti’ implies the movement of the Sun from one sign to another. According to the lunar calendar, when the sun moves from Dakshinayana to Uttarayan (Tropic of Cancer to Tropic of Capricorn), it marks the onset of the spring season. It is also believed that the festival marks the end of the inauspicious time which starts in mid-December. Most of the Hindu households perform any religious ceremonies only after the celebration of Makar Sankranti.

Significance of the Date

Wondering what is the significance of Makar Sankranti? It is one of the few Indian festivals that is celebrated on a fixed date, i.e. the 14th of January every year. It falls on the same day every year as it follows the solar calendar. So, how to celebrate Makar Sankranti festival? Let’s take a look at the fun ways that people around the country mark this date!

Customs and Traditions of Makar Sankranti

On Sankranti, people exchange multi-coloured sweet preparations known as ‘halwa’ in Marathi, amongst each other. It is nothing but simple sugar granules coated with sugar syrup. While exchanging these sweet tidbits, people greet each other in Marathi, by saying ‘tilgul ghya – goad goad bola’. This sentence is spoken as a token of goodwill, and its underlying meaning is ‘let’s forget the past ill-feelings and grudges, resolve differences and remain friends’.

2. Exchanging Sweets Made of Jaggery

Preparing and exchanging sweets made with jaggery is one more custom that is followed on Makar Sankranti. The reason being, sugar cane is harvested as the first crop in the harvest season and is then converted to jaggery. Sweets are then prepared using this jaggery and offered as ‘prasadam’ or ‘naivedyam’ to the deity. It is an act wherein the farmers thank the deities and Mother Nature for a bountiful crop.

This practice has a spiritual explanation for it. As per the Hindu scriptures, on the day of Makar Sankranti those who apply sesame oil to the body before the bath and then bathe in the water in which a handful of sesame seeds are sprinkled, will be relieved of all their sins. In addition, drinking water mixed with sesame seeds, and making an offering of sweets made with sesame seeds to the deities and amongst each other, would help one to improve his spiritual tendencies. Somewhere, this notion holds true because Ayurveda says that sesame seeds absorb negative energies (tamsik) and emit positive energies (sattvik). Maharashtrians wear black colored clothing on this day. It is considered auspicious for women to wear a black coloured saree on this day and perform the ceremony of ‘haldi-kumkum’. In fact, this is the only festival in which people are allowed to wear black. Otherwise, no other Indian Hindu festival permits the use of black in festivities. The reason for wearing black on Makar Sankranti is that this day comes when the winter season is at its peak, and the colour black retains and absorbs heat, thus, helping the body to keep warm.

Makar Sankranti is the day when the sun starts moving northwards i.e. towards Uttarayana. And according to Ayurveda, when the sun moves in Uttarayana, its rays have a medicinal effect on the body. So, after the long winter months, when people come out in the open to fly kites, they unknowingly receive the benefits of sun exposure. Their body gets exposed to the sun’s rays and gets cleansed of all the infections, cold, cough and dry skin that had affected them in the winter season. On this auspicious day, also called the Kite Flying festival in India, you can see various colors and shapes of kites decorating the sky. It is especially popular in the states of Gujarat and Maharashtra. The kites are usually made up of lightweight paper and bamboo and in the shape of a rhombus.

On Makar Sankranti, farmers often show their love and gratitude to their cattle. If there is a farm nearby, you can go visit it and be a part of the farmer’s celebrations. If you have pets at home, show your gratitude towards them by giving them their favourite treats or taking them out to a place they like. You can also leave some grains out for birds to come pick.

Apart from the ones mentioned above, there are other activities that mark the commencement of this day. Women start the day by sweeping and mopping their houses and courtyards. This is followed by making a rangoli at the doorstep. Next, after bathing with a special mixture called ‘utane’, ladies dress up to worship and to pay respect to Goddess Saraswati (the Goddess of Knowledge). Also, prayers are offered to the departed ancestors of the family. In a nutshell, it can be said that Makar Sankranti is a day that marks the inception of enlightenment, peace, prosperity, goodwill and happiness; namely spring season, and the simultaneous closure of the winter season.

The festival of Makar Sankranti is said to bring happiness, joy and prosperity, especially among the farmers community. This year, share the significance of the festival with your kids so they can enjoy it even more fervour as well as gain insights into the rich cultural history of our country.