Home Preschooler Education How to Teach Cursive Writing to Preschoolers and Kids? 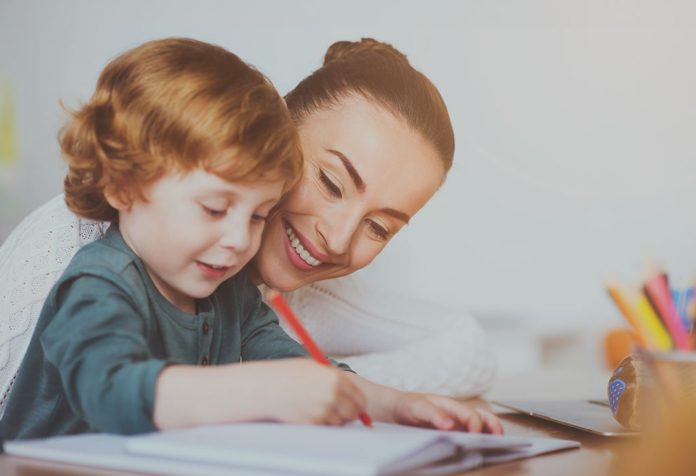 Teaching cursive writing to kids has always been a challenging task for parents. Some kids hate it with their heart, others warm up to it over time and enjoy it. But it does not matter whether your kid likes it or not, as a parent you will want to teach it to your child.

What Is Cursive Writing?

Writing is no less than an art form, given the existence of different ways of expressing letters on paper. Cursive writing stands out as a writing technique that focuses on stringing together the letters that form a single word. While printing keeps each letter individually and solely present on paper, cursive writing makes use a fluid hand movement to tie them together, making it faster to write and easier to read as well.

Going through numerous notebooks filled with cursive writing, all the styles may seem similar to each other. The two forms of cursive writing that have stemmed from two major schools or techniques of learning cursive writing have minor differences. Each form of writing has its own rule in forming the slanted nature of letters and connecting them together.

This method is present in print form as well as in the form of cursive writing. It is well-known for presenting letters in a slanted manner, even when it comes to writing them individually. This is what makes it extremely easy to connect one letter with the other and create a fluid writing style. What makes it stand out is the fact that each letter written in this style has a tail to it. This tail is used to connect one letter to another, easing the transition of moving across words.

This is a method that has two different ways of approaching print writing and cursive writing. Print writing is usually upright and unidirectional, whereas cursive writing has the typical slant that defines it. The difference that Zaner-Bloser cursive writing has from the D’Nealian style of writing is the point where the letters connect to each other. In Zaner- Bloser, some letters are connected via the tail while there are few others that are connected by running an additional loop over the head as well.

Why Teach Cursive Writing to Your Child?

The digital age of today is all about typing out text and using voice to send messages. While writing is still present in all walks of life, and parents know how important it is to teach cursive writing to kids. The necessity of getting a hang of that skill goes beyond the simple aspect of writing alphabets.

As you begin to coach your kids in figuring out the better aspects of cursive writing, there are a few tips that can be helpful in that regard.

There are multiple schedules and learning plans available out there that sketch out a great way of learning cursive writing in a span of days, weeks, or months. While it is good to pick one of the plans and craft learning activities for your kids around it, your child may require more time than mentioned in the plan to adapt to that writing style. You may get tired of teaching him but don’t put pressure on him. Also, don’t be a stickler to plan. Use it simply as a guide and let things proceed ahead at their own pace.

2. Use an Appropriate Paper Angle

Whether your child is left-handed or right-handed, it is necessary to know that he won’t be able to master cursive writing, if he keeps the paper vertically aligned. The hand needs to flow along a certain direction with fluidity and for that, the paper should be angled correctly. Cursive writing is meant to be slightly inclined to one side and not be totally erect. The ability to move the hand and hold the pencil in the right way is quite difficult for kids. In the process of learning, your child may end up writing letters in a haphazard manner or over the lines of the ruled paper. Don’t fuss over it. Focus on the movement of the hand and the creation of the letters. Once your kid learns to write in a cursive manner, neatness can be acquired over time.

Practice leads to perfection. So, make sure that your child practices cursive writing on a daily basis. But it is also important to not make it the be-all and end-all of their life. Allot a specific time slot for that practice and let him write only during that. Even if that means learning to write a single letter every day, that pace is still a good one.

5. Make Him Learn Letters Individually and Together

Cursive writing is a technique of stringing together multiple letters easily. Each letter does have its own way and movement of creation, which needs to be taught at first. But don’t wait until your child learns all the letters. The moment he has mastered a couple of them, teach him to string those letters together in a single word.

When learning cursive writing, it is less about understanding the alphabet and more about figuring out the mechanics of the hand movements. Kids struggle primarily with that, which is why most learning activities build upon those movements. Once your child can make a particular type of a curve, let him learn all the letters that make use of the same movement. That can give him some good practice.

Mastering the movement of cursive writing is the key to unlocking its technique. And, you don’t need a pen and paper always to help your child understand the basics of it. Teach him the movements by writing letters in the air and asking him to follow your hand movement. Trace out letters using fingers in a plate of rice, or let him write large letters on a whiteboard.

Figuring out how to teach cursive writing to kindergarten kids can leave most parents clueless. Starting early in life can definitely be beneficial for kids, but placing focus on the hand movements and making sure they are learnt appropriately can set the foundation for later years.

The Best Weight Loss Foods to Add to Your Diet

An Angel Disguised As My Daughter Chose Me As MOM!