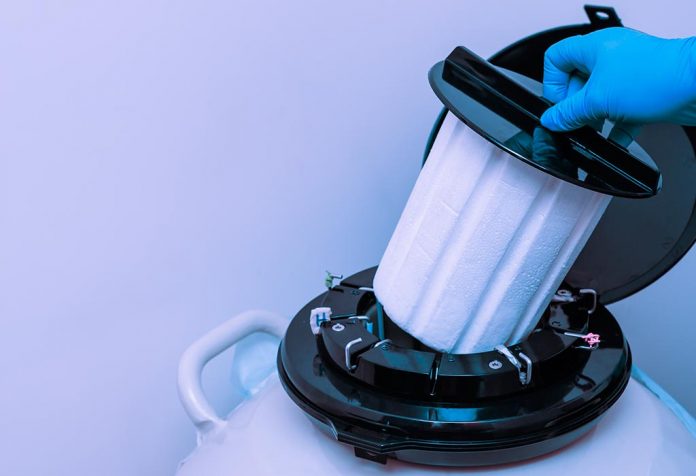 Sperm freezing as it sounds like is a process where healthy sperm is frozen, stored in a cryo state and thawed later for use. It is commonly a procedure recommended for men who are undergoing treatments or undertaking tasks that could put their fertility at risk. Sperm freezing is also gaining popularity with men who are choosing to have children at older ages. So what is sperm freezing and should you consider it? Continue reading for all you need to know.

Sperm freezing involves the process of collection, analysis and cryopreservation where healthy sperm cells from a man are stored at extremely low temperatures for use at a later date when he wishes to have a child. They are used in fertility treatments or also the purpose of donation to other individuals or couples. Unlike the process of freezing a woman’s eggs or embryos, sperm freezing is relatively quick and easy while also being inexpensive.

Who All Are Suggested to Freeze Sperm

Technically sperm preservation is recommended for all men who are looking to use it as insurance for future fertility. Since life conditions are unpredictable, many couples freeze sperm to get pregnant and have a child at a later point. It also applies to single men who are uncertain about having children but wish to have a second option in the long run. There are several reasons why this is a good idea. As men get older, their sperm quality decreases and so does their chances of conceiving. Also, men over the age of 45 risk passing on genetic mutations accumulated over the years that lead to birth defects and other cognitive disorders. Another reason that is thought to affect the sperm quality is the lowered testosterone levels in older men. All these factors make sperm freezing strong case for men looking forward to future fertility.

On the other hand, freezing sperm before vasectomy or other procedures for cancer treatment are a common application of the procedure. Since vasectomies cannot be reversed in a few cases and chemotherapy can affect fertility, they are encouraged to freeze sperm. Men with lower sperm count who are participating in IVF treatments also benefit from freezing sperm. Finally, sperm freezing is also recommended for teenagers who have reached puberty and have been diagnosed with cancer.

Here are the number of ways in which men who freeze sperm can benefit from it:

Cancer treatment with radiation is known to lower the fertility of people and even affect the genetic material during the whole course of treatment. Post-treatment there is no guarantee that he will continue to have healthy sperm production as it could sometimes irreparably damage the ability to produce sperm. So those who wish to have children in the future will have to freeze sperm before the treatment begins.

2. Surgery on the prostate gland or testicles

Surgery on the testicles or prostate glands comes with a risk. There’s a chance that the production of sperm or its delivery might get affected therefore it is recommended to freeze sperm before the procedure. If the surgery causes conditions like obstructive azoospermia, it would need additional surgery to fix the damage or even extract sperm. In such cases freezing sperm sample can be insured as well as a cost-effective method.

While it seems counterintuitive that men who are going for a procedure that would render them incapable of impregnating women would freeze sperm, it is a popular option. Men opt for vasectomies for a number of reasons and not all have given up on having children. Some freeze sperm in case they change their mind or they would want to have children precisely at a certain point in life. Although vasectomy is reversible, it is not always successful so freezing sperm is a safety net.

There are few professions where there is a risk of physical injury to the reproductive systems. Military personnel and firefighters are often in high-risk environments that come with irreversible physical injury. Technicians working in the nuclear sector are sometimes exposed to radiation in accidents that can render them sterile, the same applies to X-ray technicians.

Individuals who are undergoing hormone therapy or taking up gender reassignment surgery will lose their ability to conceive when they go from male to female. Such people can freeze sperm to have a chance at having children in the future with a partner who is female through IVF.

Similar to women who freeze their eggs to pursue a career or other life goals, men lately are also freezing their sperm to have children at an advanced age. It is seen that the fertility of men also declines with age and it is a good option to have healthier sperm from their youth to have a child.

Why Sperm Freezing Is Suggested Before IVF Treatments

IVF treatment involves extracting the egg from the woman and the sperm from the man and the quantity of the sperm is important for a successful procedure. Therefore men who have low sperm counts are suggested to freeze sperms so that in the event there is no viable sperm in their fresh ejaculate on the egg retrieval day, the frozen sperm can be thawed and used.

Where Can You Freeze Your Sperm?

Sperm is stored in a special cryogenic facility called a sperm bank. Fertility clinics generally have a sperm bank in their facility. There are also home banking kits on the market that allows for some comfort. If the person is unable to make it to the sperm bank they can use the home sperm banking kit to collect sperm in the comfort and privacy of their homes and ship it to the laboratory immediately for testing and freezing. 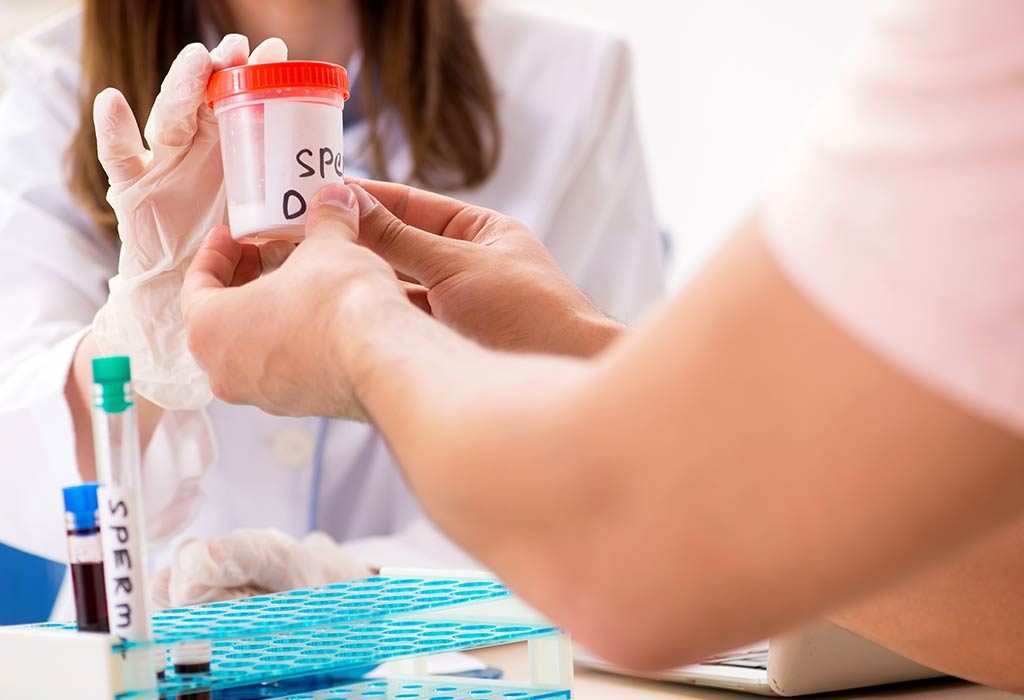 Before the process can begin there is some paperwork to be filled which contains a questionnaire. Once through that, the process of how to freeze sperm begins with the collection of sperm. Since it is highly personal, privacy is the first step in getting the person comfortable. After all their questions regarding the process are complete they will be given a cup and directed to a private collection room. Sperm extraction is done through masturbation and the individual can go alone or with a partner such as his wife. The semen has to be ejaculated into a sterile cup and care should be taken not to contaminate the sample.

The person is asked to abstain for 2-3 days before the semen collection to maximize the chances. If he is unable to ejaculate, a surgical removal method is used to extract sperm directly from the testicles. The process is recommended to be performed in the lab as the semen is fresh and at its maximum fertility. For any other reasons, if the person prefers to collect it at home, the clinics would offer a special condom and a lubricant that doesn’t damage the sample. It should be brought to the lab as soon as possible for analysis. Once it is screened for STDs, the sample is split into multiple vials and frozen with the help of a cryoprotectant to preserve the cells.

Which Men Are Suggested Not to Freeze Their Sperm

Men who are undergoing chemotherapy are suggested not to freeze sperm as the chemo affects the DNA of the sperm cells.

Are There Any Risks Involved in Freezing Sperm?

There are no risks to the men in freezing sperm. The freeze sperm fertility is the same as normal healthy sperm and the risk of genetic defects is the same as in normal conception. On an average sperm freezing success rate is about 50%.

What Is the Process at the Sperm Bank to Provide a Sperm?

How Much Does Sperm Freezing Cost?

The cost varies based on consultation, testing and annual storage costs. Generally, it costs about $786 to cryopreserve a single ejaculate. The storage costs for the specimen every year can be around $260 or higher.

How Long Can You Freeze Sperm?

Frozen sperm can be stored indefinitely and remain viable. There have been many instances of healthy babies born out of sperm that was two decades in storage. The technology has been around since 1953 and has seen significant advancement in recent times.

Freezing sperm is a viable option for all men contemplating future fertility. The technology has advanced enough to successfully collect and preserve healthy sperm that can be used decades ahead.

Can’t Make It to the Gym? This Diet Plan for Women Over 30 is Tailor-made for You!

20 Helpful Tips to Prepare for a Normal Delivery

How You Can Deal with Postpartum Depression

Change Your Child’s Behaviour with These 3 Easy Steps