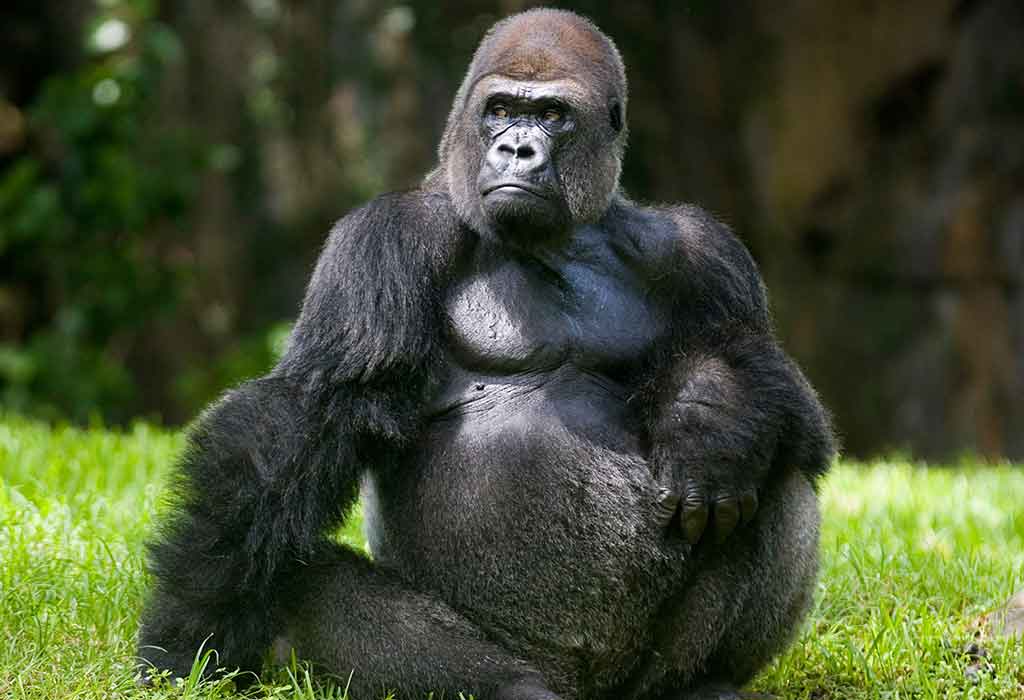 The gorilla though it looks fearsome, is an endangered species. They face a constant threat of extinction due to diseases and commercial hunting. Gorillas fascinate adults and kids alike by their fierce looks and peaceful nature. They are more fascinating to learn about as they share almost 98% of the same DNA as humans. Due to this, they are often called close relatives of humans.  Read on to learn more fascinating facts and information about gorillas.

Amazing Facts and Information About Gorillas

Gorillas are fierce-looking with long arms and long legs. Their arms are longer than their legs. Gorillas use their arms to “knuckle –walk,” i.e. they use their knuckles to walk on their four limbs. Their body is covered with long hair, mostly of brown colour. However, gorillas of different regions may have different colour hairs, like gorillas from mountain regions have dark brown hair and the western gorillas have the lightest hair. Some Western gorillas also have greyish hair with a red-coloured forehead.  The hair on the back of male gorillas turns white as they turn old. This gives them the name of silverback gorillas.

The types of gorillas are named after the region they are found in. The habitat of gorillas is diverse as their types. The range of habitat is from forests to swamps and even mountains too. Mostly the gorillas are from forests in Central Africa. The western Gorillas are found in forests of Western African countries such as Congo, Cameroon, Gabon, and the Central African Republic. The Eastern Gorillas live in forests of Eastern African Countries such as Rwanda and Uganda. Most of the lowland gorillas live in swamps, bamboo forests, and lowland forests. Mountain gorillas’ habitat is the forests found on mountains. Gorillas are intelligent animals. They usually make nests from tree branches and vegetation to live. Gorillas also make simple tools out of branches and other objects.

Though gorillas are considered close relatives of humans, still their life expectancy is much less than humans. Usually, gorillas live up to 35 to 40 years. The oldest gorilla record is of a 55-year-old gorilla living in a zoo.

Most of the gorillas are herbivores, which means they mostly eat plants. Their diet includes all parts of plants like leaves, fruits, seeds, stems, and bamboo. A small part of the food of gorillas is made up of caterpillars and termites. Some gorillas may eat insects, especially ants. An interesting fact about male gorillas is that they eat around 23 kgs or 50 pounds of food in one day.

Some More Facts About Gorillas 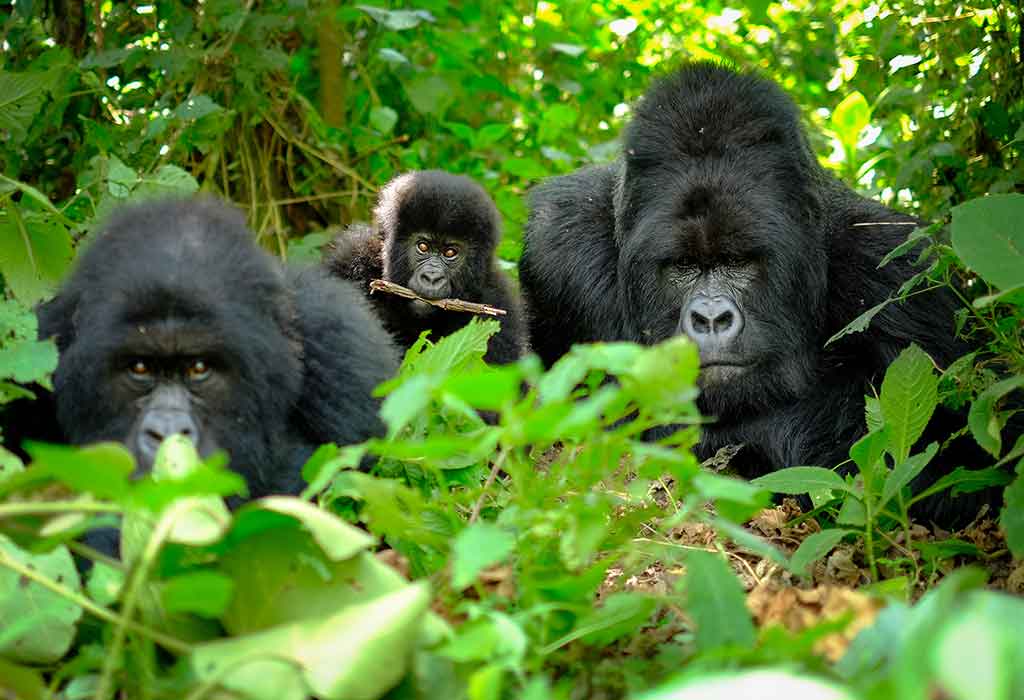 Some more fun facts about gorillas for preschoolers are:

Gorillas are huge animals known for their intelligence and peaceful behaviour. Their similarity to humans makes them interesting to everybody. These fascinating facts about gorillas will make it interesting for kids to know more about gorillas, primates like humans.