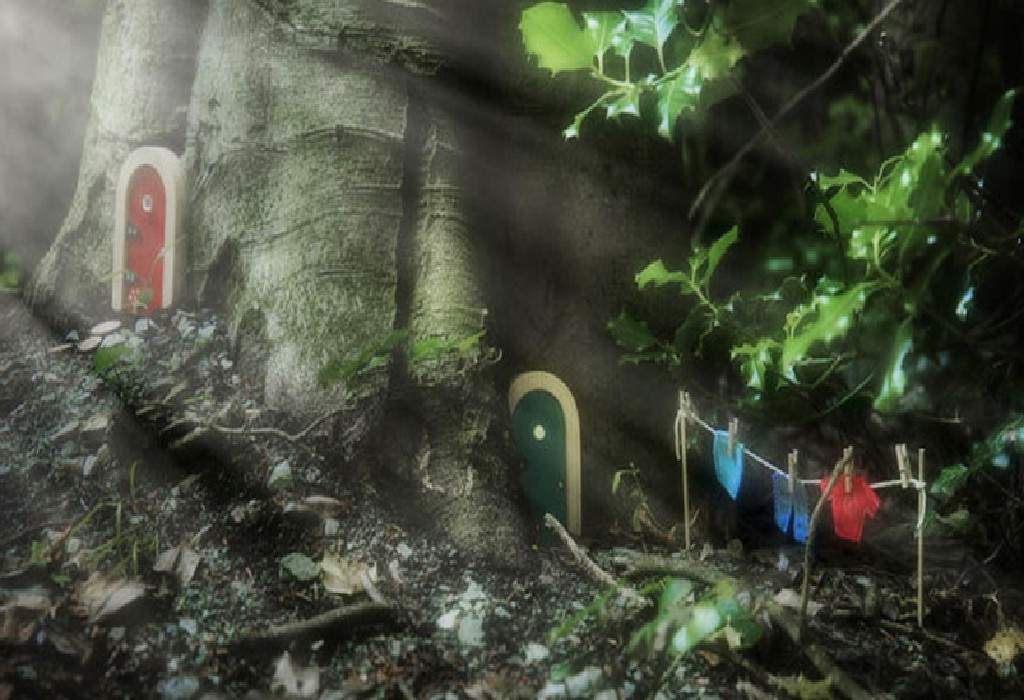 Fairies exist only in story books. They aren’t real. But, even as you read this, the wind is blowing in your backyard, the skies have lit up with an enchanting light, and a door somewhere is creaking open. And who should step out of the door but a beautiful fairy with golden hair! Find out how the Irish Fairy Door Company, a toy company launched in 2014, now makes it possible for you and your kids to actually live with fairies!

Let us give you an insight on how fairies have come to co-exist with us. The truth is, it’s not just humans who are grappling with housing shortage; the Fairy Valley is too! The legend goes that when the housing shortage became extreme, Queen Kate, the leader of the fairies, asked the International Fairy Council to solve the problem. They decided to seek help from the kindest and most approachable humans – children and their moms!

What Connects Fairies To Our World

The fairies chose two moms in Dublin – Niamh Sherwin-Barry and Aoife Lawler – to help them find homes in the human world. You see, it was important that the fairies don’t let themselves be seen or else they lose their magic powers. Niamh and Aoife thought about this in detail, and the solution to connect the Fairy Valley with our world finally struck them – a Fairy Door! Ever since, the moms have been selling colourful fairy doors in over 20 countries, to act as the gateway between two worlds. They sell for under 2000 INR (£19.99) but that’s a meagre price to way for living in a world of fairies!

How To Place a Fairy Door In Your Home

These cute little doors can be easily placed in your house, garden or backyard. You can also buy fairy accessories such as washing lines, fairy dust, wall stickers and toadstools to make sure the fairies feel at home. Plus, when you wake up one fine morning, wouldn’t it be cool to see the fairies have sprinkled some magical dust for you?

So, What Lies Behind The Door? Fairy Valley, of course! Like we said, fairies prefer not to be seen, but this is what deepens the excitement. Plus, the Irish Fairy Door Company works hard to cement the link between the two worlds and keep the magic alive. There’s a weekly newsletter that narrates a story from Fairy Valley and also provides a fun play activity for the kids. There’s also a mobile application for keeping updated with fairy news.

In case you are shaking your head about encouraging such “make-believe”, check this out. Research has proved that imaginative toys and pretend play not only stimulate your child’s imagination, but can also be a brilliant device to teach them many life lessons. When you stir your child’s imagination and create for him a fantastic world, the neurons in his brain connect faster, thus helping him grasp things better and quicker. In the same vein, parents have been using Fairy Doors to encourage story-telling in their kids. They also come in handy to chase away childhood fears such as a lost tooth or a scary nightmare. In fact, these doors have also appeared in graveyards to help children come to terms with the death of a loved one. Isn’t it beautiful how a simple toy can create a safe haven for your little one? This is a world that will remain in his memory even when he is an adult, and convince him that magic is always just round the corner.