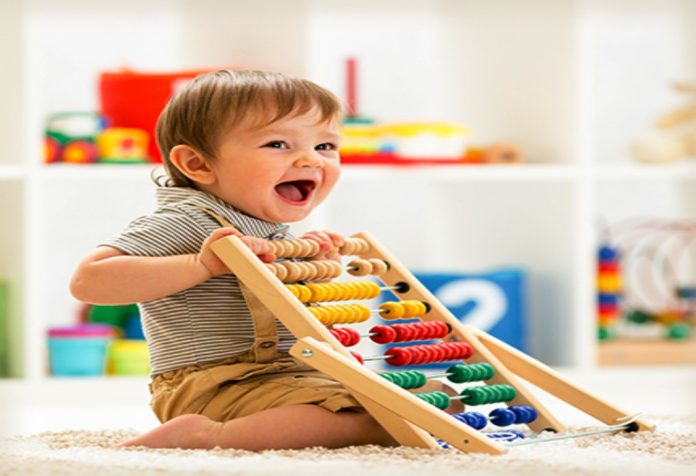 Many toddlers get into the habit of playing only with others and never alone. Encouraging independent play in toddlers is essential for the child to create and explore. Invest in a few toys that you can give to your child one at a time to encourage them to play independently.

As a parent, you cannot spend each and every minute with your child playing, even if you are a stay-at-home parent. Independent play for toddlers helps the child build creativity and critical thinking. Studies suggest that children who start to play with a new toy on their own are more likely to discover what the toy can do than when a teacher or an adult explains it to them.

5 Tips to Encourage Toddlers to Play Alone With His Toys

Independent play doesn’t necessarily mean that you need to leave your child alone in a room. You can sit quietly in a corner in the room watching your child as he plays without interfering, unless they ask for your help. Once the child is absorbed in play, you can move out of the room and keep checking on him at intervals.

Encourage your child to play independently by praising him when they play alone. It’s a milestone that they have achieved, and your praise encourages them to play alone more often. Even if they play with a toy in a way that is different, encourage them. For example, if they use train tracks to build a bridge do let them know that what they’ve done is very interesting and don’t forget the praise.

Generally, more than the child it’s the parents who’re happy to play with the child all the time. In their zeal to focus all their energy on the child, parents teach the child to be dependent on them for playtime and entertainment. Let the child play alone for sometime without interruption. In this manner, the child can get used to playing alone as he/she gets older.

To encourage independent play in your child, it’s important to get the right toys. Pick those that encourage them to think creatively and use their imagination, rather than toys that just need a push of a button. Toys such as blocks, tea sets, and kitchen sets, dollhouses, train sets and play dough encourage a child to use their imagination.

Very often when parents are occupied in their own chores and work, they switch on the television for their child or hand him a smartphone to play with. While these gadgets let the child play without disturbing you, they’re not doing much in terms of helping his development. Rather than putting your child in front of a screen, hand them a piece of paper and crayon to scribble with.

Encouraging independent play in 13 months old baby may seem like a tough task, especially if your toddler is clingy and wants your attention all the time. Doing it slowly and patiently is the trick. However, don’t overwhelm your child with too many new toys at once, as it will just make the child feel distracted. Get your child one toy at a time, so you can extract the maximum potential from the child, and the toy.

How to Clean Your Baby’s Nose

Is Cloudy Urine During Pregnancy a Cause of Concern?