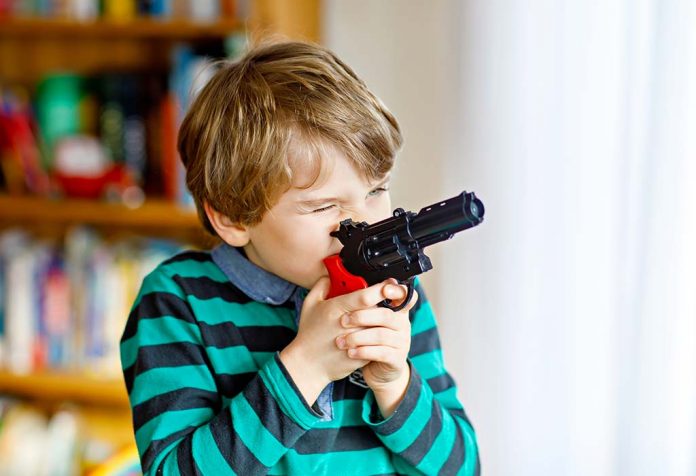 As parents, we are responsible for the way our children perceive their environment and adapt to it. We are responsible for making their choices until they reach an age where they are able to comprehend and make judgements for themselves. The kind of toys, games, and media that we expose our children to will make a mark on their behaviour as they grow. Let us understand what comprises violent toys, what is the impact of such toys on children, and what can parents do to help their children.

Which Toys and Games Are Considered Violent?

Children play with toys as a means to express themselves. Therefore, what you hand to them as toys should be given with a due thought. The following attributes may make toys violent:

Should You Allow Kids to Play Violent Games?

Violent games that involve shooting, bloodshed, and harming any living being can leave deep imprints even on an adult’s psyche. And children are much more impressionable. They have difficulty separating actualities from fantasy and will replicate for real what they have learnt in play. This calls to question – do toy guns promote violence? Research suggests that toys such as guns, hammers, axes, and other such weaponry are detrimental to a child’s mental well-being. Hence, it is best to not give violent toys and games to children. 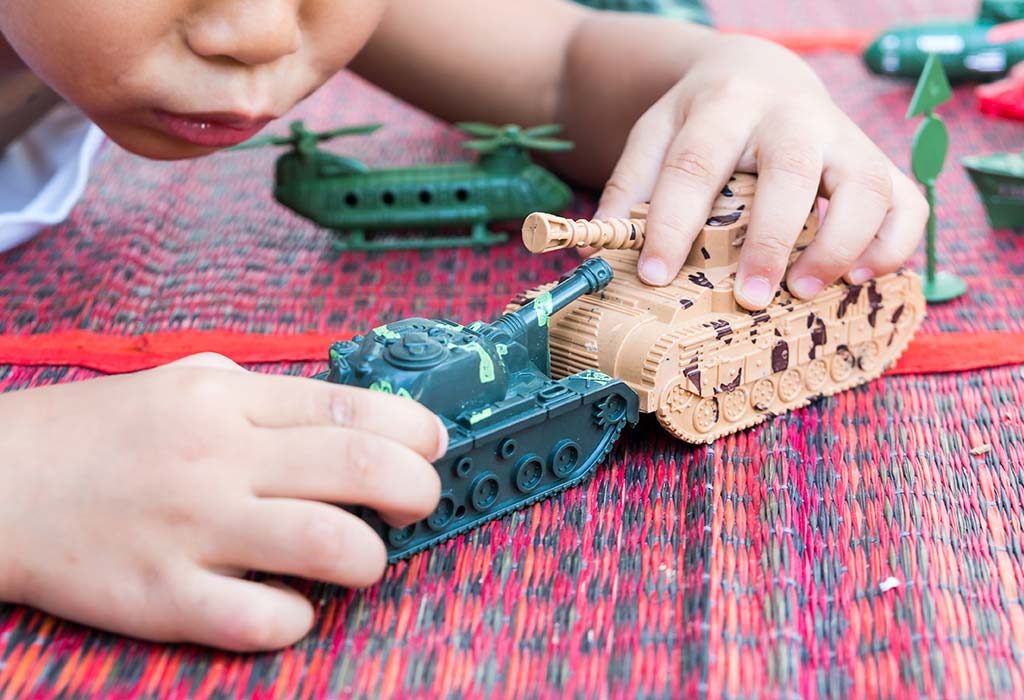 Effects of Violent Games and Toys on the Behaviour of Children

Several factors play a part in moulding a child’s behaviour. Assuming that your child is armed with a plastic gun or a foam sword and is engaged in a friendly pretend battle with his playmates, shouldn’t have any real negative consequences. But a majority of studies conducted on this subject support an underlying association between media violence and hostile behaviour in children. War toys can have a negative impact on your child’s mind by cultivating certain negative ideas and propagating sadistic behaviour in them.

It’s safe to state that most kids who indulge in toys such as guns, swords or violent video games may not grow up to be toughened criminals, or even hostile. This is definitely true if the overall atmosphere of the household promotes mutual respect, compassion, and communication. It reduces the risk of your child turning aggressive and helps him understand the concept of moderation.

What Can Parents Do?

As parents, you have to take control of what your child plays with or what he watches on television or on the internet. Here is a list of measures you could take to help your child:

What to Look for When Choosing Toys and Games for Your Child’s Development?

When you shop for toys, look out for the activity-based games and toys that can stimulate your child’s imagination. Spark your child’s creativity with some do-it-yourself crafts, paintings, playdoh or building set toys. It helps a child understand the concept of nurturing and creating versus crushing and destroying.

Violence is marketed in the guise of entertainment at every corner. It is up to you as a parent to be vigilant with your child’s choice of toys and games. As violence is a type of learned behaviour, you must facilitate a safer environment for your child. You must be the gate-keeper and limit, guide, and teach your child about what is right and what is not acceptable.

Best Ways To Remove Acrylic Nails Without Any Damage