Aggression in Children – Reasons and Tips to Handle It

Aggression in Children – Reasons and Tips to Handle It 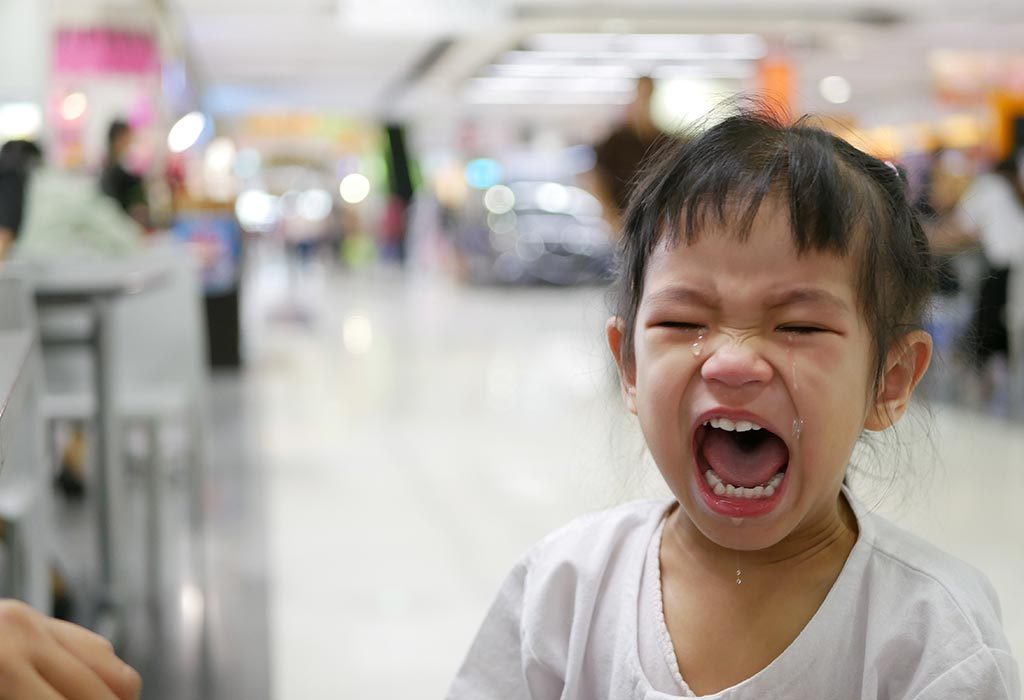 Pure dread takes over your heart when you see your child throw a gigantic fit in a public place. You as parents could feel completely flummoxed and may not know how to deal with your aggressive child. Aggression is fairly common in children between the age of 3-8 and in teenagers (due to a variety of changes both intrinsic and extrinsic occurring in their lives). They can occur in many forms of verbal aggression such as screaming, shouting incessantly, etc. It can even get physical, where the child kicks, hits, spits, pinches adults around him. It can get very difficult for parents to deal with such behaviour on a day to day basis.

Video : Aggression in Children – Causes and How to Deal with It

Wisdom lies in knowing why aggression manifests and how to nip the situation in the bud when it does. There are quite a few tricks that one can employ as parents to deal with violent moods of children, and we break it down for you here.

What Causes Aggressive Behaviour in Kids?

Aggression can be caused in children due to a variety of reasons. As parents, it is good to break down the situation and understand what your child is dealing with internally in order to take quick, good decisions. Sometimes aggression can also arise because it is beyond the child’s capabilities to solve a complex problem and that can lead them to become frustrated and nervous. If you are feeling completely overwhelmed and unable to comprehend how to tame your violent child, then getting to the bottom always helps. Maybe discuss with your partner and figure out how to handle the situation. Meanwhile, also try and interpret the reasons for this kind of a behaviour.

Your child is extraordinary in their behaviour and many times they act spontaneously without reason or logic. For those with Attention Deficit Hyperactivity Disorder (ADHD) and any other learning disorders, bad logic and impulsive behaviour can be mistaken for aggression. Children are often unaware of the significance of their actions.

If your child is exhibiting antisocial behaviour and is acting out, it could be because of conduct disorder. It can become a serious emotional disorder that needs to be dealt with as soon as it’s identified. This is mainly because kids who suffer from this premeditate their negative actions and behaviour.

According to psychology, this is a serious mental disorder where emotions and thoughts are so impaired that individuals cannot deal with reality. This is the case for schizophrenic children who cannot comprehend their violent reactions. They are not aware of their surroundings in this case and have entered a state of psychosis and behave differently.

A mental disorder that makes individuals oscillate between aggression, depression and leads to maniacal outbursts. This is a case when it comes to children who have any form of bipolar disorder. Children who suffer from this lose self-control and become irritable and angry very quickly. These kids can then lash out in a physical or verbal manner.

If you have a hyperactive child and he becomes restless, and there is no outlet for his energy then he can get frustrated and throw tantrums. This could also be the case in children who have autism or intellectual impairment and get anxious or annoyed and do not know how to verbally communicate their feelings.

Sometimes when kids have a serious injury, they can have aggressive outbursts due to their frontal lobe being damaged. Sometimes aggression is noticed in some types of epilepsy as well. Any form of an upset in the physical health of a child such as if he/she is in constant pain could lead to outbursts.

If the situation at home is not conducive and a child has witnessed a dysfunctional relationship between family members, it could also contribute to aggressive behaviour. The triggers for this type of aggression could range from socio-economic to school issues. If your child is having difficulty with bullies in school or they are unable to concentrate on school work, this frustration and helplessness that builds up can also be a factor. How to Handle Childhood Aggression of Your Kid?

When you are managing aggressive behaviour in children, it can get very infuriating to deal with it day in and out, leaving you exhausted. However, there are always ways to work around it and teach your children some good behaviour. Here are a few ways:

Whenever you start to get angry with your kid for their volatile behaviour, calm yourself down by counting to 10. Be calm yourself and then lead by example by telling them that throwing tantrums and being physically or verbally abusive will not get them what they want. Maintain an even temperament throughout and do not give into the situation.

When your kid acts out, one good parenting technique to adhere to is to create a ‘time-out’. When they throw a fit, start by telling them in a calm voice that this will not work and tell them that they are getting a ‘time-out’ to deal with their own emotions. Repeat as many times as necessary and set a pattern in place. This will encourage your child to behave well when required and know that when they behave badly, there is a ‘time-out’ waiting for them by the end of it.

Self-control is an important lesson that will be useful to everyone even after they grow up. Exercise self-restraint and teach your kid not to kick or hit when they are angry. While parenting an aggressive child, this proves to be a great technique. All children do have the innate ability to control themselves, so remind them of it.

It is not okay to be ‘tough’ or to ‘toughen up’ when it comes to a difficult situation. Teach your kid not to be a bully or to suck it up when things are not working in their favour. Instead, explain things to them from a place of calmness. Encourage sharing and being okay with being vulnerable, or weak. Tell your child: it’s okay to not know how to deal with your feelings, but it is not okay to become aggressive when you reach that point. Encourage dialogue rather than outbursts.

5. Do Not Resort to Violence

Disciplining your kids with physical violence is not acceptable as you are setting a benchmark for them by spanking or hitting. They will believe it is okay to resort to it, if necessary to avoid this at all costs.

Instead of stifling the aggressive behaviour, create a nurturing healthy way for your child to express their anger or any negative feelings. Tell them to understand their feelings and where they’re coming from and give creative ways to express these emotions. Some of the things they can do instead are to go out and play, paint or pick up a skill.

Perhaps the most important way to handle an aggressive child is to encourage them when they showcase good behaviour. When they have done something right in a tough situation, praise them and instil in them that non-violence is always the best thing to do.

When it comes to dealing with an aggressive child, get to the root of the problems and discuss things in a calm and collective manner. Tell them that certain things are unacceptable such as hitting, spitting or kicking and it will be given a ‘time-out’ if things get pushy.

Take swift action such as scolding the child in a stern voice and explaining things to them immediately after an incident occurs. Do not under any circumstances bring up the past and admonish them later for an act that way done a while back.

As parents, you must always show yourself as a team when it comes to dealing with bad behaviour. Both parties need to say and do the same thing and give no room for the child to manipulate one parent over another. Be a cool duo when it comes to addressing aggression and also control your own anger in front of them.

Patience and a certain amount of authority are your greatest allies when it comes to handling aggressive children. With time, their attitude will improve, and you will be able to bring about some real changes in their lives.

Previous article « Using Mosquito Repellent During Pregnancy – How Safe Is It?
Next article Umbilical Hernia After Pregnancy »