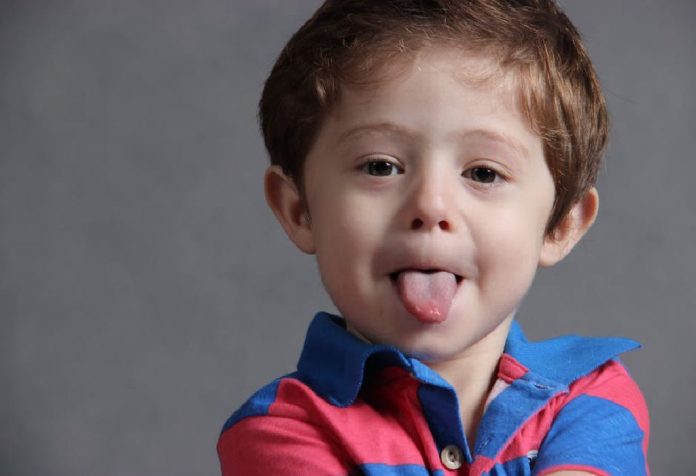 Speech apraxia in 15-month-old toddlers is one of several types of speech disorders. If he doesn’t coo or babble, is a late talker, or has difficulty with longer words, you should seek help. Early treatment can turn things around and help your child communicate better.

Parents look forward to hearing their toddlers speak and with good reason. It signals another communication milestone and makes it easier to interact with each other. However, children can sometimes develop speech disorders that can make it hard for them to speak properly. Watching out for possible signs of the same in your child can help you seek help sooner.

Decoding What Apraxia Is in Toddlers

Apraxia is a neurological speech disorder where a child’s brain finds it difficult to coordinate speech-producing body parts like the tongue, lips, and lower jaw. Because of this, it may be difficult to understand what children with apraxia are saying. Apraxia is also known as childhood apraxia of speech (CAS), dyspraxia and developmental apraxia of speech.

In most cases, the cause of childhood apraxia is not known, but a possible reason could be neurological damage due to infection, injury, or illness. Other possible causes are genetic disorders or syndromes, stroke, and brain injury.

Not all children with apraxia exhibit the same symptoms. They also vary in their severity. The following are the signs to look for:

If you think your child may be suffering from apraxia, it’s important to have him evaluated by a Speech Language Pathologist (SLP). If the SLP provides a childhood apraxia of speech diagnosis, a course of treatment can be decided on. Research suggests that children with apraxia have more chance of success if they receive frequent and intensive treatment.

As the condition improves, treatment is needed less often and group therapy becomes a better alternative. Since apraxia is a type of motor speech disorder, exercises designed to strengthen the oral muscles will not help. Instead, repeating syllables, words, and sentences to improve muscle coordination and sequencing for speech is the answer. SLPs may suggest alternative means of communication such as sign language or an alternative communication system, such as a portable computer that writes or produces speech. It’s also very important for children to practice at home and families are often given assignments.

Children who have apraxia need a lot of support and help from their families. With comprehensive treatment, therapy and practice, the condition can improve and children can be successful in achieving normal speech.

Does your child display signs of a speech disorder? Has it been diagnosed as apraxia? What are the steps you’ve taken to help him overcome it?

How to Increase the Appetite of a Child

Panchakarma – An Ayurvedic Method to Detox Your Body