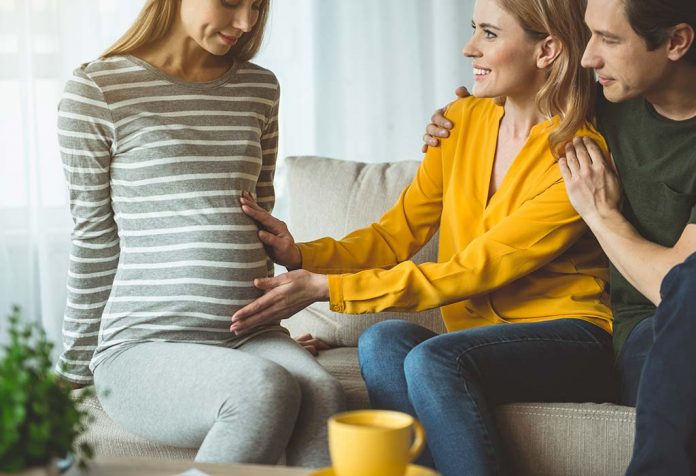 Again, again that thing  – the kick! It hurts. Every time he kicks, Prabha smiles. It has been five months now. This small village has a scarcity of water, surrounded by small hills on one side and a jungle on the other. People mostly survive here by collecting wood and other things from the jungle. Two meals are a luxury.

Sridhar used to move around the jungle in search of honey and wood. One day he met his fate. Snakebite was common in the jungle and to add to the misery, there was no anti-venom kit at the local health care centre.

Prabha became a widow. Her cousin sister lives in Mumbai. She works as an aaya in a hospital. Prabha was quite confused when her cousin told her about surrogacy. How to lend one’s womb without any physical contact. At first, she didn’t agree and pay any heed to it. But to live a decent life with four square meals and some cash, which she could hardly even dream of, she gave a nod to it.

It had been five months now. Her baby bump was noticeable. She was being looked after by her cousin. The family of Prabha’s child provided everything from food and medicine to rent. She was happy and content, her satisfaction and joy of carrying a life inside could be seen on her face.

One night, her water bag burst and she was wet. It was an emergency and she was lying on the table. She could feel the pain of surgery after opening her eyes. There was no sign of her baby. She called the nurse and enquired about her baby. The nurse replied to her in a polite manner, that she is not supposed to inform anything about the baby.

Tears rolling down her cheeks, she couldn’t wipe off the pain that will be constant. Though the body pain may ease off after some time, her soul will bleed regardless of time. The bump is no more but the ache is there. It will be an invisible wound which will bleed throughout her life.

Prabha is now a middle-aged woman and has returned to her village. But she is unable to recognise her near and dear ones. Her eyes are distant, always searching for her baby. Nowadays, working mothers leave their child with her and she takes good care of small children.