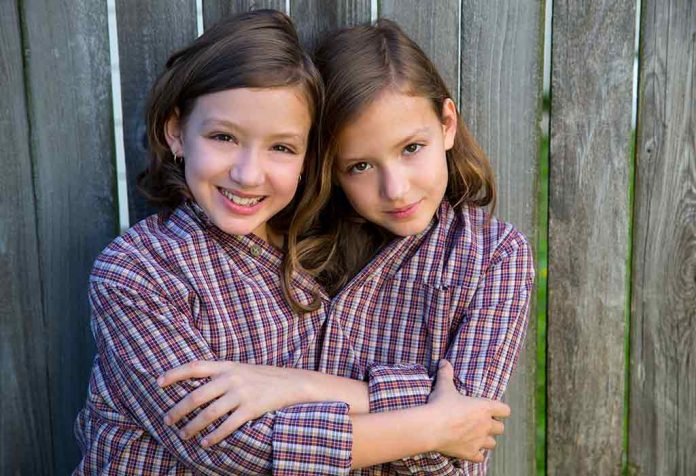 Being pregnant with twin babies can be an ecstatic experience for the would-be-parents. Some twins can be joined by their skin and other internal organs; such babies are called conjoined twins. One in every 200,000 twins can be conjoined and 40 to 60 per cent conjoined twins arrive stillborn. The following article gives you a comprehensive view of what are conjoined twins, its causes, signs, treatment options and other associated aspects.

What Are Conjoined Twins? 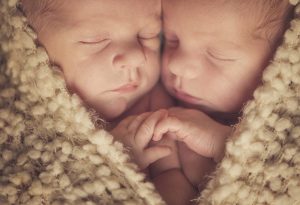 Conjoined twins may be joined at one or more places, and their type depends on where they are joined. They may share body parts or other internal organs. Following are the types of conjoined twins:

These types of conjoined twins are joined near the abdomen or the belly button. They usually share their liver or other lower body parts like small intestine etc.; however, they do not share their hearts. 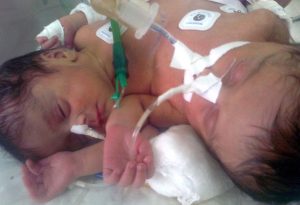 These kinds of conjoined twins are joined sideways in the pelvic region, all or part of the chest and abdomen. The twins may have two or more limbs, but they have two heads.

Such cases of conjoined twins are joined at the pelvic region, either face to face or back to back. These twins share a may liver, gastrointestinal tract and genital organs.

These types of twins are joined back to back at the base of their spines and the hips. Where some twins may share the gastrointestinal tracts, others may share genital organs.

These types of twins are joined at the head, but their faces are not joined. Most cases of conjoined twins at the head share part of the skull, but they usually have separate brains.

Such types of congenital twins are joined at the face and the upper part of the body. Both the faces appear on the opposite sides of the same head, and they also share the brain. Such twins seldom survive.

How Are Conjoined Twins Formed?

Twin babies form in two conditions i.e. either a woman produces two eggs and they both get fertilized, or the single egg divides after the fertilization process. In the case of two eggs and two sperms, fraternal twins are born, whereas, in case of one egg division, identical or paternal twins are born.
However, in the case of conjoined twins, the single egg does not separate completely after fertilization. The partially separated egg turns into conjoined twins. These twins are identical twins and are of the same sex. In the womb, they share the same amniotic cavity and placenta.

Monozygotic or identical twins are born when one single fertilized egg splits and grow into two separate embryos. Generally, the division of the fertilized egg takes place between eight to twelve days after the conception. The embryos thus split, start to develop specific structures and organs of their own. However, any division of the egg that takes place later than thirteen to fifteen days may completely stop in between, and this situation may result in conjoined twins.
It is also believed that sometimes two separate embryos may also fuse together in the early stages of development resulting in conjoined twins.
What may cause either of the above situations, there is no scientific facts or evidence to support it. Therefore, there are no specific causes of conjoined twins. 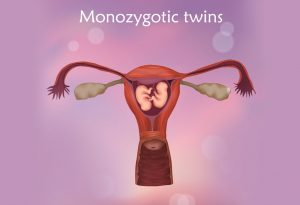 Are There Any Signs That Indicate a Conjoined Twin Pregnancy?

No there are no specific signs or symptoms that may indicate that you are carrying conjoined twins. However, you may experience the following symptoms, just like any other twin pregnancy:

Complications are synonymous with a conjoined twin pregnancy. The worst complication that may arise is a stillbirth, either inside the womb or after birth. Another aspect that may create problems is the delivery of conjoined twins. Normal delivery should not be considered as it may lead to further complications. Caesarean delivery is a more viable option, and it may be planned way before the due date. It is also important that a team of medical experts is present at the time of birth to handle complex cases.
Apart from the medical complications, a conjoined twin pregnancy can be emotionally quite challenging for the would-be-parents. They are counselled properly to face all the challenges that may arise during pregnancy or after the birth of the twins.

How Is Diagnosis Made?

A standard ultrasound or conjoined twins ultrasound during the first trimester of pregnancy will help your doctor diagnose that you are carrying conjoined twins. Your doctor may recommend you to undergo more tests a little later in pregnancy, such as detailed ultrasounds and echocardiograms, to determine the health of the twins, the functioning of their organs and the complexity of their physical connectivity. An MRI scan or magnetic resonance imaging will help the doctor know the exact area where the twins are joined and other organs that they share.

The treatment for conjoined twins may vary depending upon how they are physically joined and which all internal organs they share. By carefully observing, your doctor may advise you any of the following treatment options:

If you are carrying conjoined twins, your doctor will monitor your health closely during pregnancy. You can refer other specialists apart from your doctor to figure out the best treatment plan for your twins.

Normal delivery is not feasible in the case of conjoined twins. Therefore, your doctor will suggest you for C-section or cesarean delivery. You will be operated much before your due date, generally two to four weeks prior to your due date. After the babies are born, their overall health is evaluated, and then further treatment plans are made.

Conjoined twins surgery may be suggested to you to separate your twin babies. Any kind of surgical procedure to separate the conjoined twins is usually performed two to four months after the birth. Sometimes emergency separation surgery may also be required. The doctor may consider the following factors before recommending surgery:

In some cases, separation surgery becomes the only option. This may happen in situations where the internal organs are not strong enough to support both the babies or where one of the twins is too weak to survive.

4. If Decided Not to Pursue Surgery

In a case where separation surgery is not feasible or the parents decide not to go ahead with the surgery, your doctor and other specialists can give suggestions on how to live a normal life with conjoined twins. There are many cases where conjoined twins are not separated and they spend their life staying connected. 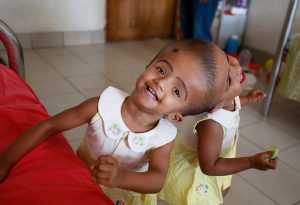 Either the twins stay connected or are separated from each other; they will have to keep going for regular medical check-ups. In most cases, surgery or other methods of treatments are suggested, which require regular monitoring by the doctors.

Your Outlook Towards Twins Who Are Attached Together

More than half cases of conjoined twin babies arrive stillborn and about 35 per cent live for a day only. The conjoined twins’ life expectancy is somewhere between 5 to 25 per cent. It is also seen that female conjoined babies have more survival rate than male babies.
Conjoined twins are rare and with proper medical guidance and support, you can take an informed decision about the well-being of your twin babies.

Toddler Wakes Up Early in the Morning – Here’s What You Can Do About It!

Back to School Supplies Checklist for Your Child