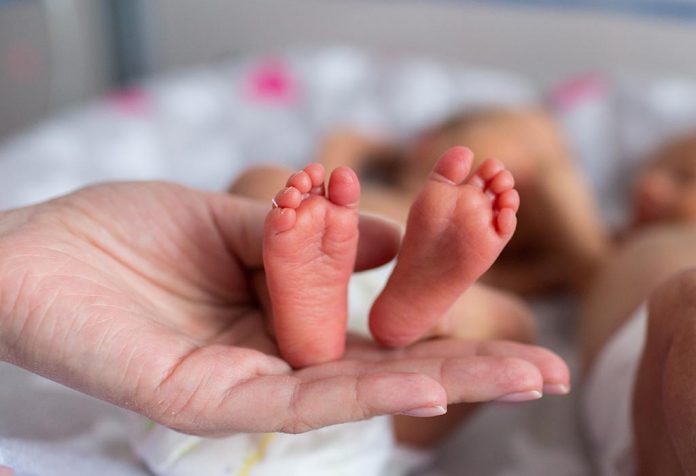 Babies need a minimum of 37 weeks to fully develop in the mother’s womb. Premature babies or preemies are those who are born before the minimum 37 weeks of gestation. Many important organs in the foetus mature between weeks 34 to 37. As a result, babies born prematurely have underdeveloped organ systems, which cause various health and developmental problems in them. They may also face health problems in later life as a result of premature birth. This article talks about the most common health and developmental problems that preemies face.

Many important organ systems of the foetus, such as the lungs, kidneys, brain, spinal cord and reproductive organs, become fully mature in the final trimester. This period lasts from week 27 to the end of the pregnancy. As preemies are born before their development is complete, they face a lot of health issues. The earlier the babies are born, the more developmental problems they will have. Here are the common health problems a premature baby may face:

One of the most common premature baby development problems is caused because of underdeveloped or immature lungs. Some of the symptoms include breathlessness, grunting sound and flared nostrils.

Respiratory Distress Syndrome (RDS) is a condition where the preemie experiences breathing difficulties because the lungs do not have enough elasticity.

RDS is treated by providing extra oxygen, breathing help from a ventilator or a Continuous Positive Airway Pressure device, and surfactant replacement. The surfactant is a liquid coating on the inside of the human lungs which aids in breathing. Preemies lungs are underdeveloped and lack sufficient surfactant, which causes breathing difficulties. The liquid helps to keeps the lungs open so that the baby can breathe in air. 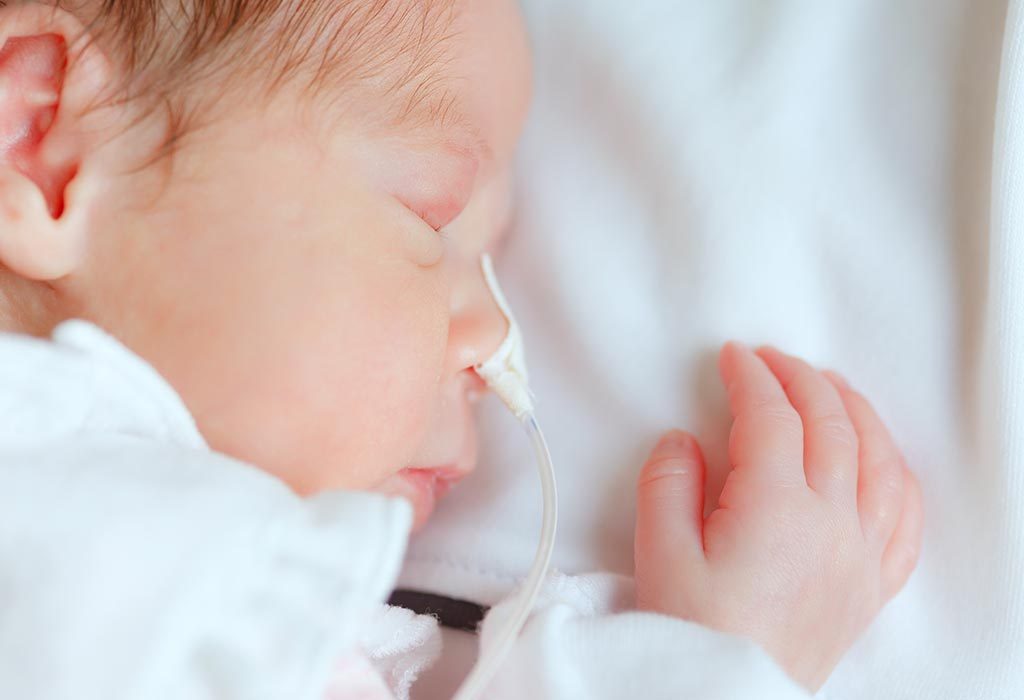 Patent Ductus Arteriosus (PDA) is a heart problem that can occur in preemies.

In the womb, babies get their oxygen from the placenta. Hence, they have a large artery called the ductus arteriosus that lets the baby’s blood circumvent the lungs. This artery closes after birth so that the blood can now flow to the lungs and pick up oxygen. In preemies, the ductus remains open, preventing the heart from getting oxygenated blood, thus causing heart failure.

PDA is treated with medicines or catheter-based procedures that help close the artery. However, if the medicines do not work, the artery may have to be closed surgically. Small PDAs can usually close without treatment as well.

Jaundice is one of the most common premature baby health problems.

It is a yellow discolouration of the skin, whites of the eyes and mucous membranes of the body, due to excess bilirubin in the blood. Bilirubin is a waste product created by the destruction or natural breakdown of red blood cells. The preemie’s liver is not developed enough to remove this toxic by-product from the body. The best way to detect jaundice is by looking out for yellow eyes and skin.

Premature babies with jaundice are treated with light therapy where special lights help the body get rid of excess bilirubin. In serious cases, the baby may need blood transfusions.

As lungs are the last organs to fully develop in a foetus, preemies have a lot of respiratory problems because of their immature lungs. Babies with BPD have lung damage, scarring in the lung tissue and fluid in the lungs. Preemies who have had Respiratory Distress Syndrome and have undergone prolonged treatment with a breathing apparatus and oxygen are at a higher risk of developing BPD. Some of the symptoms include flared nostrils and rapid breathing.

Babies with BPD are treated with medicines and oxygen to help them breathe easier, and by slowly reducing their dependence on a ventilator. 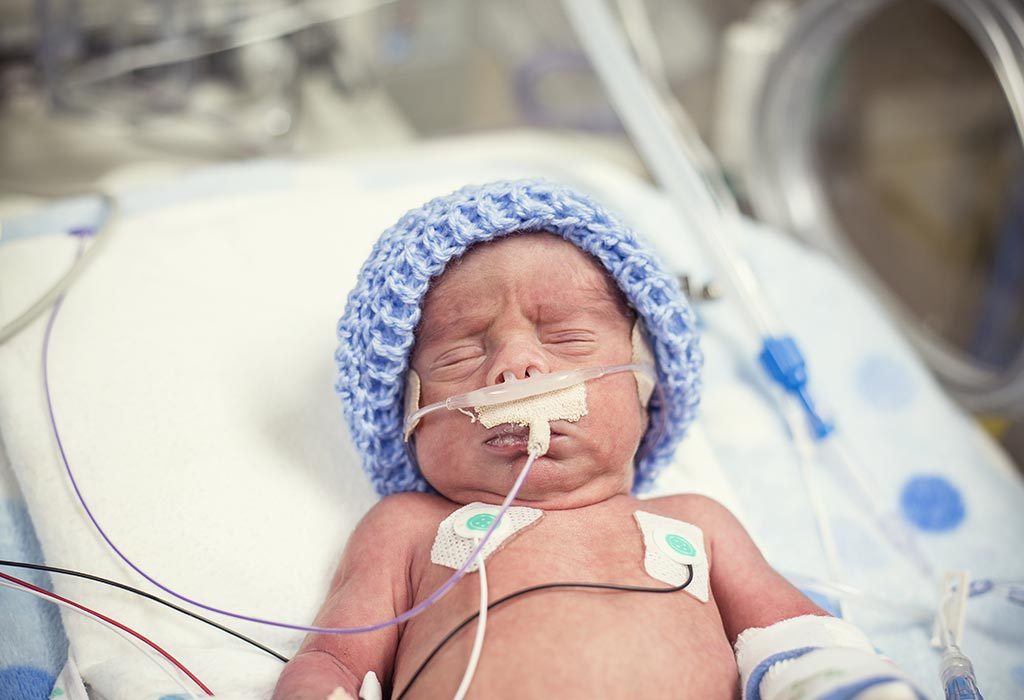 This is caused by the tearing of underdeveloped blood vessels in the infant’s brain. This is a cause for concern as excessive bleeding can result in the surrounding brain cells getting damaged permanently. Another after-effect of excessive bleeding is the build-up of spinal fluid in the brain. Some of the symptoms include seizures, anaemia or a pale look on your baby’s face.

This makes the spaces in the brain fill with blood. The extra blood blocks fluid drainage from the brains, resulting in accumulation of fluid around the brain, putting severe pressure on the organ.

The bleeding in the brain can be detected by MRIs or ultrasounds. Surgical intervention is required to insert a shunt in the brain to relieve pressure. In most cases, the bleeding usually stops on its own without treatment.

Caused by bacteria, viruses and other microbes, the examples of infections that occur often in preemies include pneumonia, sepsis, meningitis, etc.

Infections are treated with antiviral or antibiotic drugs.

Necrotizing Enterocolitis causes the naturally present intestinal bacteria to infect the bowel wall and damage it.

Necrotizing Enterocolitis (NEC) is a condition where a portion of the intestine of a premature infant has reduced blood supply and eventually ‘dies’. Poor feeding, blood in the stools, vomiting are a few symptoms of this condition. Some of the symptoms include vomiting, bloody stool and swelling of the abdomen.

Babies with NEC are given antibiotics and are fed intravenously to let the bowel heal. In certain cases, surgical removal of highly damaged sections of the intestine may be required.

This occurs in very premature babies, born before week 30.

Retinopathy of Prematurity (ROP) is damage to the retina of the eye, caused by blood vessels that have abnormal growth and imbalance in the oxygen level. The best way to detect this is by looking for signs that show visual impairment in the baby. These include not responding to any visual cues, like pupil dilation.

ROP is treated by an ophthalmologist using laser therapy or cryotherapy. Cases that are mild can heal automatically without any loss of vision. Serious cases require surgery to preserve vision.

Apnoea is a condition where a preemie suddenly stops breathing for more than 15 seconds. It will then lead to a slow heart rate, called bradycardia.

Preemies have underdeveloped nervous systems making them prone to episodes where the brain cannot communicate to the respiratory system. As a result, the oxygen in the body is lowered, forcing the heart to beat slower. Studies have shown that it can lead to reduced brain function, although it is unclear if this is permanent. Symptoms include no breathing and the baby turning blue.

Preemies are continuously monitored for apnoea. In the unfortunate event that the baby stops breathing, a nurse stimulates the baby by massaging and patting the baby or touching his soles. Doctors may use a CPAP machine or a compression bag to mechanically ventilate the baby.

This is a condition where there are low levels of iron in the baby.

The placenta provides the baby with iron while it is in the womb. However, some preemies are born before this process can be completed. This results in the lack of sufficient red blood cells (RBCs) in the body. Severe anaemia can lead to poor growth of the baby. Some of the symptoms include weight loss, apnea, weakness and pale skin.

Anaemia in preemies is treated with medicines to improve RBC production, iron supplements, and blood transfusion. 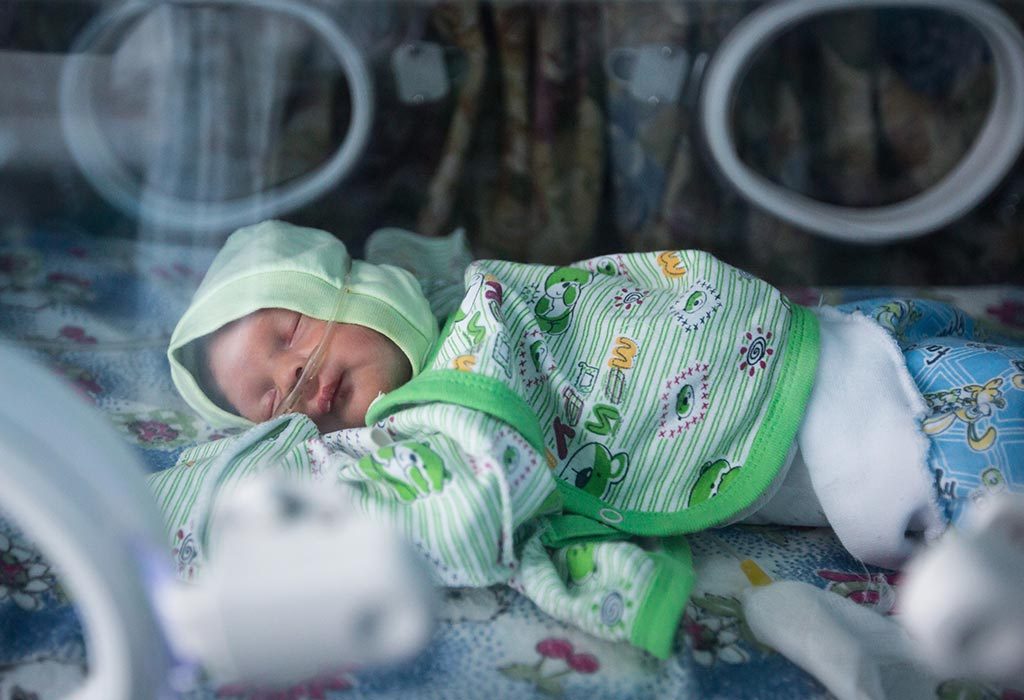 Health Problems Premature Babies May Face Later in Their Life

The sooner a premature infant is born, the greater the chances of health complications the baby will face. These health problems can persist throughout their lives, right through adulthood. Some of the health problems preemies may face later in their life are:

Research has shown that prematurely born infants have higher chances of suffering from Attention Deficit Hyperactivity Disorder, causing behavioural issues, and psychological issues such as anxiety.

According to several studies, premature babies are affected by chronic health problems and immature immune systems that make them vulnerable to illness even in their adult life.

Preemies have underdeveloped tooth enamel, leaving the teeth without the protection of the enamel. This makes their teeth more vulnerable to staining, decay and cavities even in adulthood.

Premature babies have a higher risk of having more social and school struggles than full-term babies. Studies have noted problems like delays in communicating, difficulties in learning, and getting along with people in prematurely born babies.

One of the problems with premature babies in later life is hearing loss. This may be caused by underdeveloped inner ears, infections that lead to hearing problems in adulthood, or due to low body weight at birth.

Several studies of preemies have shown that they are at high risk of developing neurological disorders such as autism and cerebral palsy.

Weaker muscles are another long-term problem. The muscles develop in the last trimester of pregnancy. Babies born prematurely have underdeveloped muscles. Research has found that young adults who were premature babies had weaker muscles than their full-term counterparts.

Premature babies have it tough. They fight to live from the day they are born and may struggle with health problems caused by their premature birth even in adulthood. However, with cutting-edge advances in medical science, several conditions that affect prematurely born infants can be easily treated. There are thousands of prematurely born babies who have survived serious health problems and have gone on to live healthy lives as adults.

Is It Safe to Consume Spinach During Pregnancy?