Can Diabetes Affect Fertility in Men and Women?

Can Diabetes Affect Fertility in Men and Women? 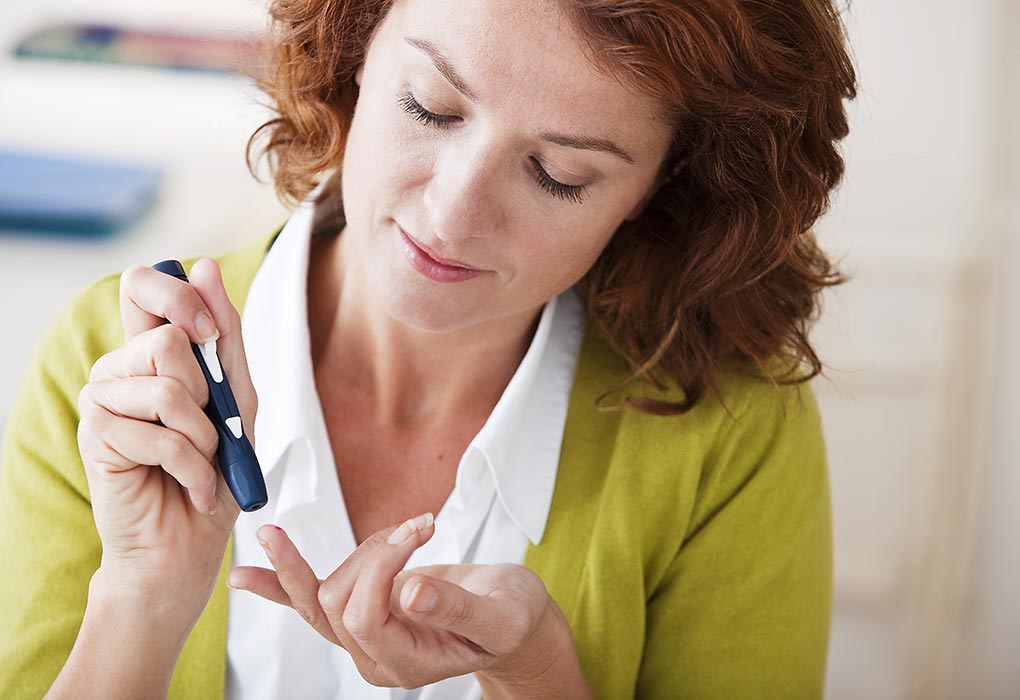 If you have been trying hard to get pregnant for some time – you might have done a cleanse, started a fertility diet and stopped all the harmful habits like smoking, to no avail – it could be time for a simple blood sugar test to tell you what the exact problem is. The numbers of Type I and Type II diabetes patients have been rising over the years, and this has resulted in more scientists, researchers and doctor being encouraged to check whether diabetes can be a leading cause of infertility in men.

The studies say that there is a connection – a clear one, at that. Both men and women may have reduced chances of getting pregnant if they are diabetic. Let us take a deeper look at why and how this works.

How Does Diabetes Affect Male Fertility?

Can diabetes cause infertility in males? The answer is that diabetes could be one of the causes of infertility in men. Having diabetes doesn’t make you inevitably infertile, although it could make you less fertile in a few manners. Diabetic men are frequently found to have a few sexual issues, like retrograde ejaculation and erectile dysfunction. This can result in problems while trying to conceive, and a loss of interest in sex after a few tries.

Also, the sperm quality of diabetic men has been found to be lower than that of a normal man. This was found in a study which compared the sperm quality between diabetic men being treated for infertility and normal men being treated for infertility. The results were astounding – it was seen that diabetic men have lower semen levels by almost 25% compared to their infertile non-diabetic counterparts, and the sperm within had a lot more DNA damage. Nuclear DNA present in the sperm of the man was 20% higher than that in the ordinary man, a lot more deletions in the mitochondrial DNA and so on.

This essentially means that it is extremely difficult for a diabetic man to impregnate his partner, and the risk of miscarriage and deformities, in this case, is much higher.

1. Type I Diabetes and Male Fertility

Can type I diabetes affect male fertility? It definitely does. In Type I diabetes, the body of the man attacks its own insulin-producing cells, making it much more difficult for the blood sugar regulation. This will result in the man having to supplement the daily insulin needs of the body with external doses. The most dangerous type of diabetes to have, it does affect fertility, and men who have this condition might need special care and medication from the doctor in order to impregnate their partner.

Type II Diabetes is the most common one and is caused due to insufficient production of insulin by the body. This is actually much easier to control, and you will be able to make a huge change in your body just by controlling your diet and exercising regularly. Once you have that sorted out, you might be able to make your partner pregnant without any medical assistance or care. 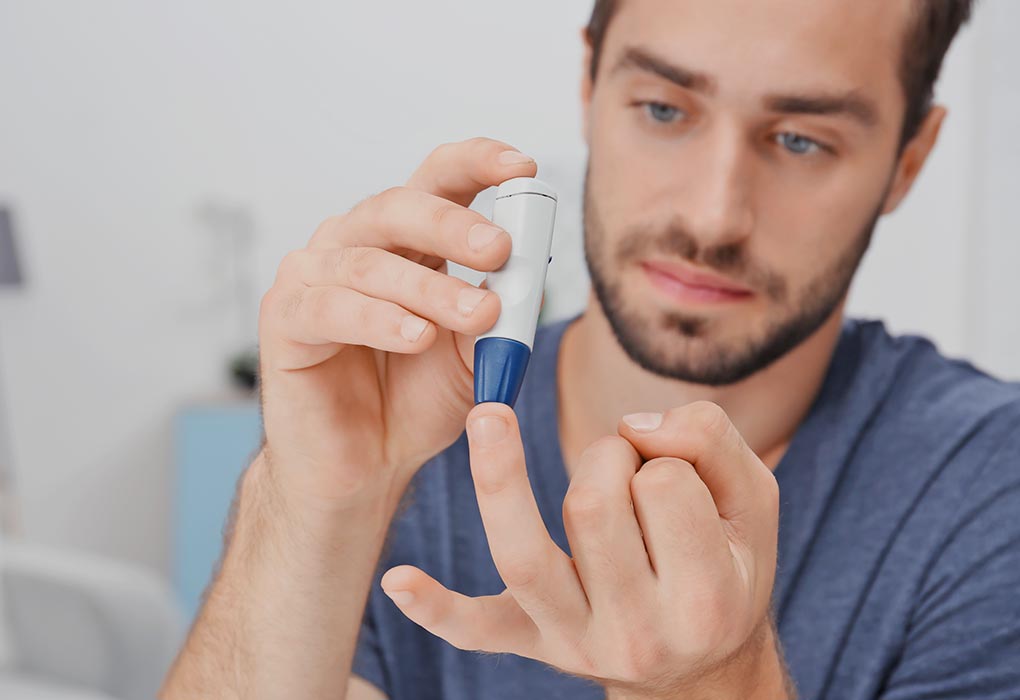 How Does Diabetes Affect Female Fertility?

Diabetes of both kinds can cause infertility issues in women. However, the woman can get pregnant after proper glycemic control.

Staying pregnant is a different matter altogether. Diabetes can make it difficult for women to stay pregnant, especially if they have had the disease for long. Diabetes causes a lack of glucose control in the body, and this could make the implantation of the fertile egg in the uterus difficult. Also, diabetic women may be obese – this contributes to problems too. Fertility doctors have even said that women who have diabetes usually get pregnant every month when they are fertile, but there is no point since the egg is usually unable to implant within the uterus – this results in a miscarriage even before the pregnancy has started or the woman realizes she is pregnant. The chances of miscarriage in diabetic women increase by anywhere between 30 to 60%. There are other risks too, even if implantation has occurred – there is a higher risk of birth defects, the baby might be larger and an increased risk of gestational diabetes can prove harmful to the mother and the child.

1. Type I Diabetes and Female Fertility

Apart from the problems mentioned above, there are other risks which may cause problems when you are trying to get pregnant. Polycystic Ovary Syndrome can sometimes result in the inability of the woman to get pregnant, along with irregular periods and premature menopause. However, these issues can be regulated using medication.

Females with type II diabetes also have issues along the same lines mentioned above. However, these can usually be remedied by making lifestyle changes, which include a healthier diet and more exercise.

How to Treat Type I Diabetes for Fertility

Type I diabetes is characterised by the inability of the body to synthesize the insulin required. This results in spikes in blood sugar levels and thus can affect your chances of sustaining a pregnancy if you are a woman. The best thing to do in such a situation is to consult a doctor – a Type I pregnancy is an autoimmune disorder, so it will require medication to combat it. You might also have to start leading a healthier lifestyle, taking medication constantly and the likes. You should also get your thyroid and ovarian function checked since the body mistakenly attacks those glands too – they also play a huge role in making you pregnant. The Thyroid Stimulating Hormone and the Follicle Stimulating Hormone levels in the body must be just right since the body has to sustain and be hospitable enough to carry a baby for the next 40 weeks.

How to Control Diabetes to Attain a Healthy Pregnancy

Type I diabetes requires medication and help from a doctor, in order to be conquered completely. However, type II diabetes is much easier in that way. Type II diabetes happens because the body does not produce enough insulin to get the blood sugar levels down, so you will have to try and bring the levels down in some other way. This can be done by leading a healthier lifestyle, which includes eating healthy, being the correct weight and exercising regularly to keep fit. Other common problems leading to inability to conceive are PCOS and irregular periods, both of which can be taken care of using a combination of medication and lifestyle changes.

1. Can diabetic partners try to conceive?

Of course, even though diabetes and infertility are correlated, the risks involved can be mitigated in most cases by making a number of lifestyle changes – it is that simple. However, you should always work with your obstetrician and your endocrinologist, in order to ensure that the baby is always healthy during the period of the pregnancy. If you eat right, exercise and generally lead a healthy lifestyle, diabetes cannot be the reason that you are infertile, in most cases.

2. Can a baby inherit diabetes from the mother?

If the diabetes of the mother is not well controlled, the baby is exposed to higher amounts of glucose as a result – this can have an effect on the health of the child. The baby may be larger than normal, have low blood sugar levels after birth, high bilirubin levels and a high red blood cell count – the risk of the child getting diabetic also increases.

Getting pregnant with diabetes is not easy, and will require you to make a host of changes in your lifestyle. But when you lay eyes on your little one for the first time, the trouble seems worth it.