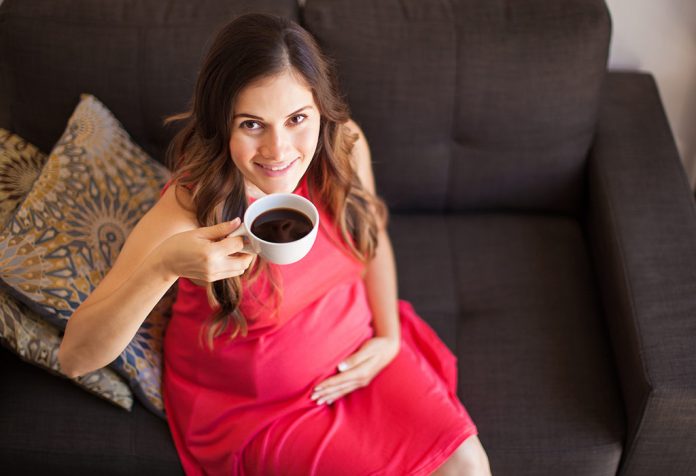 For years, scientists and nutritionists have fought over the effects of caffeine on the human body. Some say it is great for you; others say that this is true only when consumed in moderation. There is no denying that caffeine, in all its forms, has an impact on the way your body functions. However, when you are an expectant mother, even the smallest effect on your body could impact the development of your baby.

It might come as a surprise to many people that caffeine is actually a type of drug. In fact, it is the most popular psychoactive drug in the world. It is a stimulant and affects your central nervous system. In the most part, it reduces fatigue and drowsiness.

Caffeine is also a diuretic. This causes frequent urination which could also lead to a reduction of fluids in the body. Unless you replenish the lost fluids, you could suffer from dehydration.

What Are The Possible Side Effects Of Caffeine Intake

There is not much known about the harmful effects of caffeine during pregnancy. However, we can trace the way in which caffeine affects us and assume that the same applies to our baby. Caffeine is absorbed through the placenta to your baby. It also increases your heart rate and metabolism, so it is safe to assume it affects the baby in the same way.

Since your baby is still developing, it takes longer for it to process the caffeine. Studies have shown that some of the dangers of caffeine during pregnancy are babies with a higher heart rate, higher breathing rate, and disturbed sleep patterns.

How Much Caffeine is safe?

While you don’t have to cut out caffeine from your daily diet during pregnancy, it is recommended by most doctors that you limit the intake. Many expectant mothers ask, ‘how many mg of caffeine is safe in pregnancy?’ Experts agree that keeping your consumption of caffeine under 200 mg is an ideal scenario. 200 mg of caffeine equals two cups of instant coffee, or four cups of tea, or five cans of cola.

You must ensure that you restrict your intake of caffeine since it can be harmful to not just your baby, but to you as well.

Which Are the Common Sources of Caffeine?

What is the link between caffeine, tea, pregnancy, and your baby? All of us know that coffee and tea are the usual suspects when it comes to caffeine intake. However, there are many more food items that are also a source of caffeine. It is vital that you know how much caffeine these products contain so that you can restrict the amount of caffeine to 200mg per day. Here is a list of foods that contain caffeine.

Many pregnant women wonder how chocolate, caffeine, pregnancy, and health of the baby are interlinked. It is best that you check the labels of any packaged food before consuming it. All packaged foods give the nutritional value and ingredients used along with the quantity.

What If you Drink Too much caffeine During Pregnancy?

There haven’t been too many studies on the effects of caffeine on pregnancy. Even those which exist have results that are inconclusive. This is because all of us have varying tolerance to caffeine. However, most experts agree that there is a link between caffeine and the health of you and your baby.

Caffeine has many effects on you and your baby. It increases your heart rate and blood pressure. Since it is a diuretic, it will increase the amount of urine produced. Along with this, it can cause you to lose sleep, get a headache or have indigestion. Many people suffer from diarrhoea due to caffeine which will make you more dehydrated.

There are a few experts who suggest that excessive caffeine could cause a miscarriage. Children with low weight at birth are also linked to an excessive caffeine habit. However, if you stick to the pregnancy caffeine limit, you should face no serious complication. Tips for breaking your caffeine habit

As morning begins in your early pregnancy, you will find that your taste buds have an aversion to foods and drinks you once loved. Most pregnant women find that they lose any interest in coffee or tea during the first weeks of pregnancy.

If you still love your morning cup of coffee, try to cut back slowly. Cut back by half a cup each time you consume a beverage that has caffeine. If you go cold turkey on caffeine, you could experience vexing symptoms like lethargy, fatigue, and headaches.

You could also opt for the beverages you love but in the decaffeinated form. Most places that sell caffeinated drinks offer decaf versions nowadays. You could also ask for a milder brew of coffee. Switch to instant coffee since it contains lesser caffeine than filter coffee. When you brew your tea, don’t let the tea leaves steep for as long as you usually would. This will decrease the amount of caffeine in your drink.

Try replacing caffeinated drinks with healthier options like milk or fresh fruit juice. When craving for chocolate, limit your intake by sharing it with someone else.

Conclusion – Due to contradictory information, the jury is still undecided on whether or not caffeine is good for health. In situations like these, it’s best not to try and test out theories by yourself lest it causes harm to you and your baby. Even for those who absolutely need their cup of coffee, it is advised that they cut back on their caffeine intake during pregnancy.

Consuming Spirulina During Pregnancy – Is It Safe?

Top 6 Tips to Consider When Buying a Steriliser

How to Soothe an Overtired Baby?