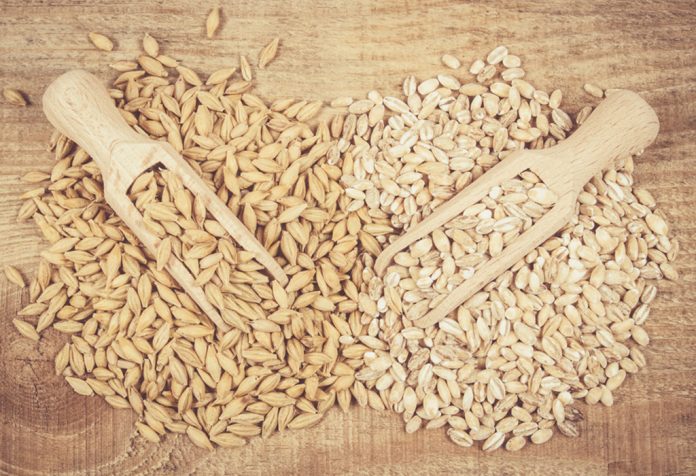 Barley is a type of cereal that has been cultivated in various parts of the world over many centuries. There are many varieties of barley available today, which are found in countries like Russia, France, Germany, United States, United Kingdom, Canada, and Australia, among others. It is available in different forms, and its nutritious properties make it a great addition to a baby’s diet.

A rich source of Vitamin A, folate, and protein, barley makes for great baby food. The following nutrients can be obtained from barley:

Is It Safe to Give Barley to Your Baby?

Barley is considered to be a good food for babies, as it is filling, and has plenty of nutritive properties. However, owing to the presence of gluten (a kind of protein), it is not advisable to make barley the first food for your baby. This is because there has been evidence to suggest that it can compromise the baby’s immune system, as it increases the risk of celiac disease (an autoimmune disease triggered by gluten). It is also not recommended for babies who are allergic to wheat, as there is a chance of a link between wheat allergy and barley allergy.

When Can Your Baby Start Eating Barley?

It is recommended that babies be started on a barley-based diet only after they are at least seven or eight months old. Follow the three-day rule as you do with all new foods. This means waiting for three days after introducing a new food to assess if your baby displays any signs of allergy, and not introducing any other new foods in that three-day time period.

Barley is a versatile food item, and you can make it smooth or chunky according to your child’s preferences. However, it is best to start off with a little quantity of smooth barley cereal.

Babies have small stomachs, and can eat only little amounts of food at a time. Thus, it is essential that you make every meal of your baby a nutritional one! Barley is a superfood that can pack a nutritious punch at meal times. This is one reason why barley water for babies has been a time-tested favourite.

Here are a few important benefits of barley for babies:

The presence of a good amount of phosphorous in barley can help strengthen your baby’s bones. After calcium, phosphorous is what our bones are made of.

Barley contains a significant amount of copper, which promotes absorption of iron in the blood. There is no point in feeding your baby iron-rich food if it is not being absorbed properly.

Studies indicate that including barley in the diet on a regular basis has been useful in safeguarding the liver from damage, by reducing the excess production of bile acids.

Barley contains a variety of biochemicals that are known for their anti-fungal properties.

How to Choose and Store Barley for Infant Food

Hulled and pearled barley are the best choices for storing and cooking purposes. Hulled barley contains more nutrients, but the pearled barley is easier to cook. Both varieties are ideal for use in soups, stews, and broths, wherein they fluff up to a much bigger size. Milled or ground barley is also another option.

Pearled barley can be stored for many months when placed in a cool and dry place. If the barley is packaged, it will likely have a use-by date for reference. Milled barley is best stored in an airtight container in your refrigerator. Irrespective of the type of barley you use, it is best to buy in small quantities to prevent spoilage and wastage. How to Cook Barley Cereal

If you buy pre-packed barley, there are likely to be cooking instructions provided. Around one cup of uncooked barley is likely to turn into three to four cups of cooked barley!

Take about two tablespoons of barley cereal, and an adequate amount of water in a bowl. Mix the two till all the lumps are gone. Cook this over low flame for about 15 to 20 minutes till it is well done. You can then add some formula or breast milk to make a thin paste before feeding it to the baby. You can also add pureed fruit to this cereal for some variety in flavour and natural sweetness.

Here are some interesting recipes with barley to try out at home for your baby. Bringing in some variety at mealtimes will help your little one develop a liking for this superfood more easily.

A pinch of cinnamon, ginger, nutmeg (for babies above eight months of age)

Method: Mix all the items together in a bowl, and roll them into small balls. This makes for interesting and nutritious finger food for the baby.

Method: Toss all the items together in a bowl. Serve to the baby as finger food or a snack.

Jaggery for flavouring (if required, and for babies above one year of age)

Method: Put the barley and water in a pressure cooker, and let cook for about three whistles. Once the cooker has cooled a bit, open the lid, add jaggery if you want, and blend the mixture till smooth. Strain this mixture, and give it to the baby when lukewarm.

Method: Wash the barley well, and cook it in a pressure cooker with three cups of water. Once the barley is cooked, simmer it for a few minutes, and then add the apples along with the remaining water. Cook on low heat for about 10 minutes before pureeing the mixture. Then, cool it, and feed to the baby.

Here are a few things to remember when buying and cooking barley:

Barley needs to be cooked well, so that the baby does not get an upset tummy. Feed only small portions of barley to your baby. Feeding an excessive amount can lead to bloating, as barley contains a high amount of fibre.

Disclaimer: This information is just a guide, and not a substitute for medical advice from a qualified professional.

10 Soulful Songs That Are Perfect for Valentine’s Day

Eating Meat During Pregnancy – Is It Safe?

Why Financial Independence is a Must for All Women