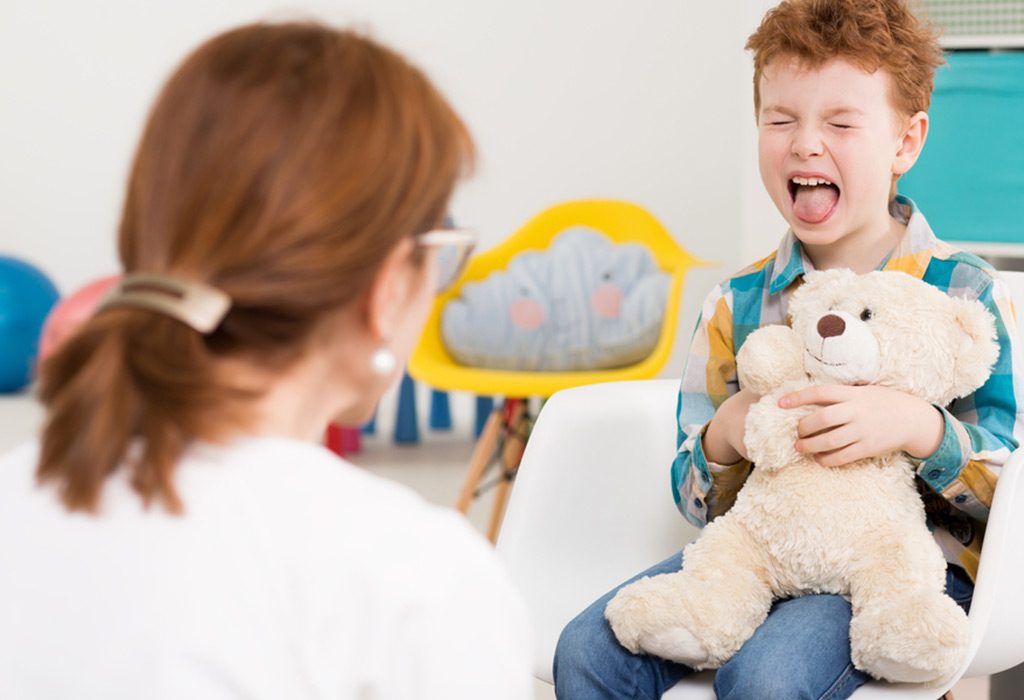 If your child is behaving out of control, wacky, or plain mysterious, like throwing pans from the balcony or showing sudden temper tantrums, he may be having ADHD. ADHD is diagnosed as a clinical condition by therapists, and you can get acquainted with it by reading this article and consulting a therapist. Here’s everything you need to know about children with ADHD.

ADHD is defined as Attention Deficit Hyperactivity Disorder and is a mental condition when your child behaves out of the ordinary. At the heart of ADHD is the lack of focus, concentration, and a short attention span. Forgetting what he/she has just learned and the tendency to daydream in the middle of something important also falls under hyperactivity, which prevents your child from being calm, focused, and obedient.

ADHD is not to be confused with momentary bouts of frustration, anger, or inactivity. If your child stays calm when sitting for meals and going to bed, then that may rule out ADHD, but to be very sure, additional testing by a certified therapist is recommended.

ADHD is usually diagnosed after 5 years of age. Children younger than that tend to be more active naturally. Below are the most common symptoms of ADHD:

Children with ADHD have difficulty organizing toys, completing tasks, and paying attention or focusing in the classroom. They exhibit short attention spans and shuffle around different activities without sticking to any one activity. Inattention often translates to forgetfulness and is a tell-tale sign of ADHD in kids since they often forget details and cannot seem to remember what they were doing previously.

Does your child keep moving his legs, biting his fingernails, or fiddling with his arms whenever you ask him to sit quietly? Maybe your child goes from doodling on the walls to make a mess of household items in a second or two. Whatever the case, hyperactivity translates to restlessness and fidgetiness, being in a state of constant motion without pausing or taking breaks. Shifting across different corners of the room and trying to do multiple things at the same time are also obvious signs. If your child has boundless energy compared to other children his/her age – that could mean ADHD.

Impulsiveness in children is basically showcased as a lack of self-control or discipline. Children who exhibit behavior akin to being unable to control their own emotions, not matching what they say and do, being short-tempered, and throwing sudden temper tantrums when they don’t get their way. They also go through mood swings and become extremely emotional. Older children may even invade others’ personal space, interfere with ongoing conversations and carry out actions without stopping to think about their consequences and also speaking without permission. 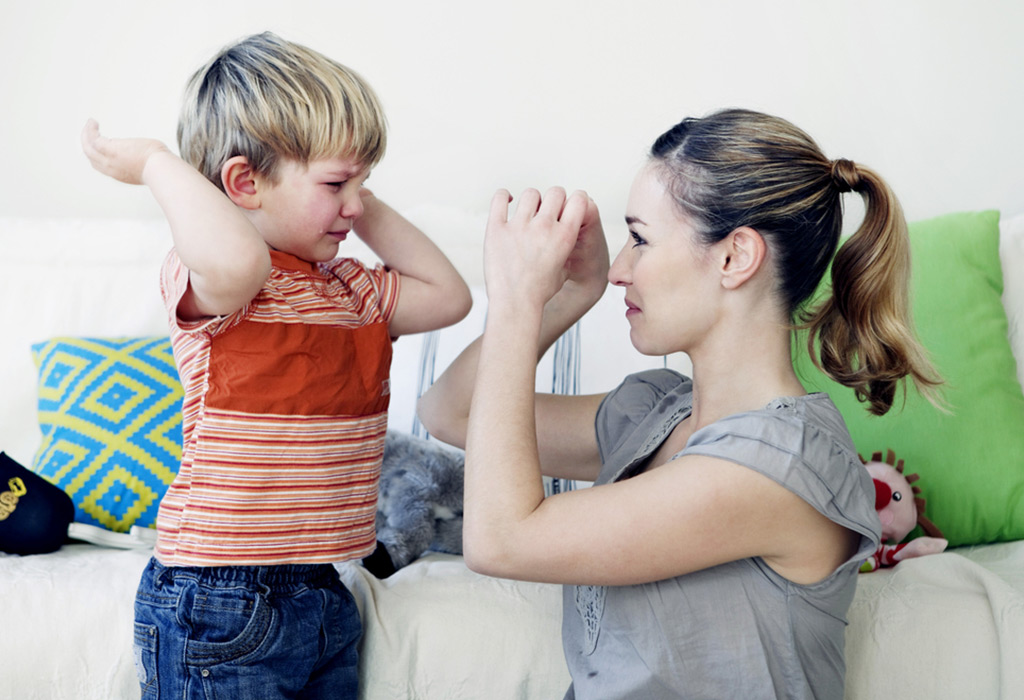 Although ADHD can be troublesome, sometimes it can come with benefits. The positive symptoms of ADHD are-

There are other symptoms of ADHD which are distinctive from the rest. They are the following –

Diagnosing ADHD in children is a bit different than other obvious psychological/mental disorders. Your doctor will conduct a thorough evaluation by asking for reports and findings from neighbors, school teachers, and other adults who often see your child on a day-to-day basis, coupled with his/her own observations during an evaluation. Since ADHD signs and symptoms are similar to regular behaviors exhibited by toddlers of developing ages, an additional ADHD test for children may be needed to rule out whether your child indeed has ADHD or not. The key takeaway is that ADHD is a persisting condition, and kids get tired of hyperactivity eventually, but ADHD-prone kids do not, and that’s something to keep in mind.

Treatment for ADHD in Children

There are various treatment methods for ADHD in children. They are- 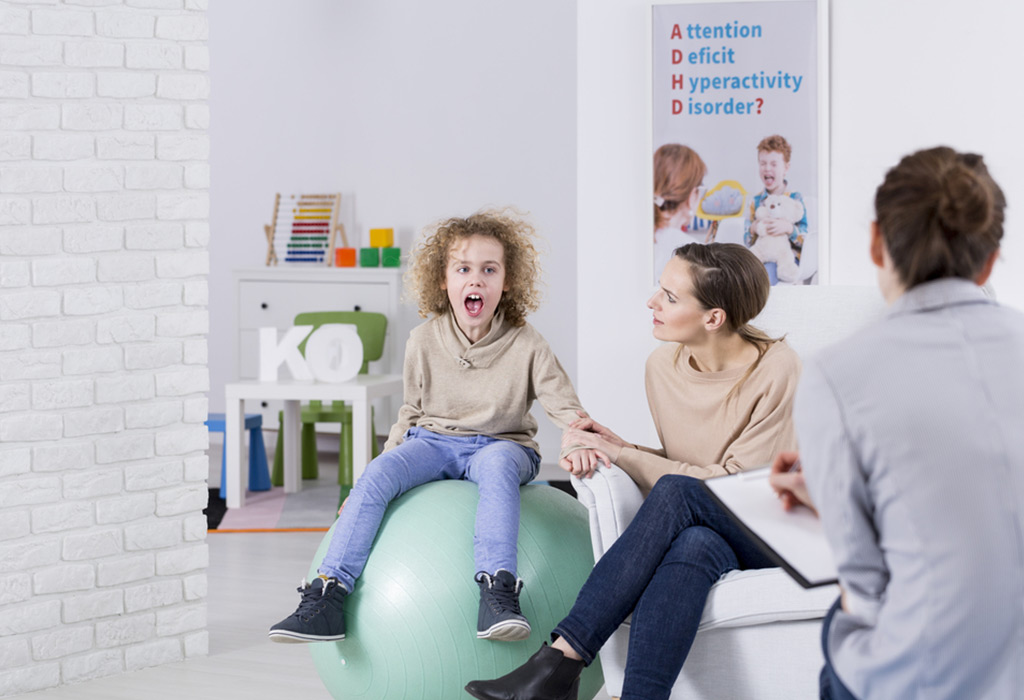 Parents must act like detectives if they want to spot ADHD and treat it effectively. Early treatment is recommended since ADHD in children is accompanied by speech delay when gone unnoticed. This can cause huge problems later in life which manifests in the form of poor academic performance and lack of social behaviors. Start by developing a positive relationship with your child and be gentle and kind with your little one if you suspect he has ADHD. The key point here is to encourage positive behavior and reinforce them through rewards and encouragement while ignoring negative behaviors and allowing them to fade away with time. Make sure to consult a therapist if you suspect that your child has ADHD and always remember – your kid must be continuosly monitored since ADHD is a little complex to spot and treat quickly.