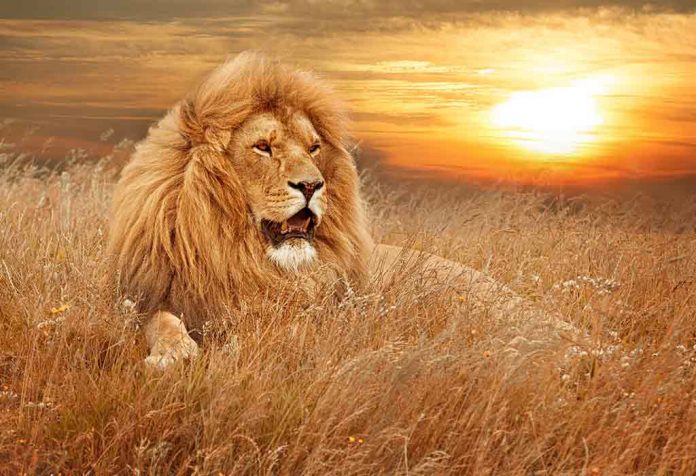 Several parents want to raise their baby girls or boys to be fierce. Therefore, naming them after a lion might make perfect sense. And, if your child was born in the month of Leo, nothing would suit him/her more than a name that describes the majestic king of the jungle. Here’s a list of lion-related names that never go out of fashion.

The name Ariel is a biblical name with Hebrew origin. The name Ariel means the the ‘lion of God’. According to the bible, Ariel was the messenger of Ezra.

Aryeh is a Biblical name extremely popular in modern Israel. In the USA, at least 100 boys were given this name last year.

Derived from an old Turkish word that means Lion, Aslan is also the name of the most popular character featured in ‘Chronicles of Narnia’ series. There were some famous Turkish emperors who were also named Aslan.

Abbas in an Arabian name which means lion. According to Islamic belief, Abbas was also the name of Prophet Muhammad’s uncle.

Ari, originally a Hebrew name, also has its origin in Israeli, Danish and Icelandic languages. Out of these, the Hebrew name means lion.

Benroy is originally a Hebrew name. The other origin of this name lies in the Israeli language also. The name means ‘the son of a lion’.

It is a name with an African origin. The name means the ‘lion king of the jungle’.

The name Daniel has its origin in many languages- Irish, Hebrew and Welsh. Daniel is a name that traces back to Islamic and Biblical references. In Hebrew, Daniel means ‘God is my judge’ after the Prophet, who survived a lion’s den.

Dilan, another popular name for boys, has its origin in many languages. This common Welsh, French and Irish name mean ‘like a lion’.

Ghadhanfar is a name with Muslim origin which means lion, the king of the jungle.

Griff is a male name with Welsh origin. The meaning of the name is the fighting chief, somebody who is fierce. The name originated from Gryphon in Greek mythology- a creature which is a combination of an eagle and a lion.

Gurion, a boy’s name, has its origin in the Hebrew language. It means ‘my lion cub’.

Haidar is an Indian name with Islamic origin. This name means lion or the king of the jungle. This Arabic word also means brave.

Kasar is a name of Hindu origin. This name is given to male children only. The name means ‘lion’.

This can be both a boy’s and a girl’s name. However, the name has its origin in biblical references. It means ‘the company of a lioness’.

Kosey is popularly the name of a boy and it has an Egyptian origin. Kosey is a name that also means lion.

Lais is an Indian name, which also has its origin in Greek mythology. It means lion.

Lander is an English name which also has its origin in Greek and Basque origin. Lander is also spelled as Leander. Lander means ‘lion’ or ‘lion-like’.

Lenard is a boy’s name with its origin in German and French. The name means someone ‘bold like lion’.

Lenny is an English name with German origin which means ‘Hardy Lion’ or ‘somebody who is lion-bold’.

The most common boy’s name that means the lion is Leo. This name has its origins in Teutonic, Italian, Greek, Latin and English languages. Leo also means ambitious and tactless.

Lev is another boy’s name that has its origin in many languages, including Russian, Czechoslovakian, Latin, and Hebrew. It also means ‘lion’.

Lionel, the name is derived from Arthurian legend. The name has its origin in French, English and Latin language. The name means ‘a young lion’, ‘a lion cub’ or ‘a little lion’.

Napoleon is a very famous name for boys. The name has its origin in Italian, French and Greek languages. The name means ‘Lion of Naples’.

Osama is another very famous name for boys which has its origin in the Arabic language. The name means a ‘lion-like’ man.

Aria is a girls’ name that has its origin in the Hebrew language. Aria means a lioness. It also has its use in the Italian language.

Areille, the name is a Hebrew name which also has its origin in Israeli language. This female’s name means ‘a lioness’.

This name too has its origin in both Hebrew and Israeli language. The name means ‘Lioness of God’.

Chephirah is an Israeli name. The name is a suitable lion name for girls because it means ‘a little lioness’.

It is a very uncommon African name for young girls. The name means ‘the one who possesses the heart of a lion’.

Dandelion is another uncommon name with English roots. The name means the ‘tooth of the lion’.

This is a baby girl name with old Greek mythology. It means ‘half a lion’.

Hafsa is an African name with a Muslim origin. Hafsa means ‘a little lioness’, ‘a cub’ or ‘a young lioness’.

This African-Mende name is most commonly used in Arabic. The meaning of Jala is ‘a lion’.

A popular name among baby girls, Kiara is an English name with the Celtic origin. Kiara means ‘the daughter of the lion’.

Leandra is a name with Greek origin meaning ‘Lion human’. It is the feminine version of the name Leander.

Leodora is a Latin-American name. This name is an apt example of lion baby names as the name means ‘lioness’.

Another uncommon but very feminine Latin-American name is Leoline. The name also means ‘lioness’ or ‘lion -like’.

Lenina is an English name, which means ‘like a lion’. It is an uncommon name for a baby girl.

It is a fierce name indeed. Llewella is a name that means ‘like a lion’ or a ‘lion-like leader’. This Welsh name has Celtic origins.

The name sounds amazing but is not commonly used for baby girls. It comes from a German name Leona and has an English origin too. The name means ‘like a lion’.

A short but fierce name, Lenna, has its origin in the old German language. The name means ‘lion’s strength’. It is the feminine form of Leonard.

This name, for sure, sounds cute but means a ‘fierce lioness’. The name’s origins lie in Hebrew and Latin languages. It also alternatively means ‘an oak tree’.

Liona is an Italian name, which also means ‘the lioness’.

Ly is an uncommon English name that has its roots in the Vietnamese language. Ly means ‘lion’.

Mai Ly is another uncommon Vietnamese name used for a baby girl. The name means ‘cherry blossom and lion’.

It is another rarely used name for baby girls which has its origin in Hawaiian and African languages. The name means ‘lioness’ and ‘queen’.

Puma is the most common name for both baby girls and boys. The name is originated from the Latin language. It means ‘resembling a mountain lion’.

Tiaret is an African name. The name means lioness in African Language.

A very fierce name, Zariel, has an English-American origin. The name means ‘the lion princess.’

With these 50 baby names that mean lion, we hope to help you select the one that represents the strength, charm and leadership of a lion. Some names are common and sound fierce while some names are unique and have a cute ring to them. One of these names is sure to give a unique identity to your baby boy or girl.

Protecting Your Newborn’s Hearing During Diwali

Toddler Not Sleeping? Here’s Why, and How You Can Get Him to Sleep

How To Confirm Left or Right Handedness in Kids