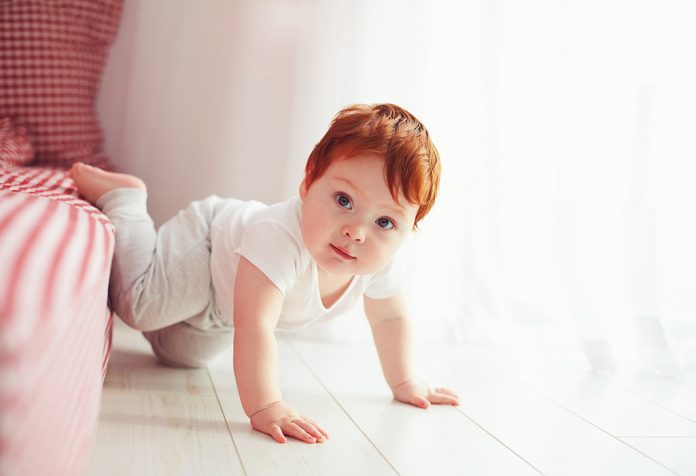 Are you searching for names associated with the color red? If yes, you are certainly lucky. There are so many interesting red baby names to choose from. Apart from being a meaningful name, these are considerably impressive and uncommon too. So, let’s get started on names related to the color red.

Let the list begin with a girl’s name meaning red.

This is a beautiful girl’s name meaning red. The name translates to the actual color red. And, it is extremely common in Japanese cultures.

If you are searching for a name that means red, and for a name that is extremely rare, pick Alhambra. This name has a Spanish origin. And, in Spain, the name translates to Red City.

If you are looking for a name from the Hindu Mythology, you will come across Arusha. This is a beautiful name that refers to the reddish horses and rising sun. Undeniably, this is a great name for any girl.

The talk about girl names meaning red will be incomplete without Blaze. This is a great name, with a fire to itself!

As expected, this name means vivid red. It is of Italian origin. And, the name gave the list of girl names which mean red a modern twist.

Clancy is of Irish origin. The name means red-haired warrior. Maybe, this is why girls with this name are always fiery and ready.

Another impressive name for a baby girl would be Crimson. This means rich deep red.

Do you wish to give your baby girl a cheeky name? The list of names associated with the color red will be incomplete without the cherry. This is an English name that represents a beautiful red plant/fruit.

Does your baby girl have red hair? If yes, you should consider naming her Flanna. This means red-haired. And, Flanna is extremely uncommon for girls with red hair.

Many believe that the name Flannery was derived from Flanna. Well, this also means red.

Does the sound of Garnet remind you of pomegranates? Well, no one knows which was found first. Yet, Garnet is a beautiful red jewel.

With English origin, Ginger is a very famous name. Often, it is used as a nickname for girls with red hair.

A lot of people are unaware of the fact that Hazel means red. And, if you are looking for its actual meaning, it also translates to a type of tree that is found in the United Kingdom.

The name Keira is derived from Clara. It means little red one.

When you look into Arabic histories, you will find many Omairas. The name means ‘long life or red.’

Poppy is a wonderful red baby name. The name translates to the red flower. After all, the poppy is a world-famous red flower. Poppy is classified as a feminine and sweet name for any girl.

When you aim for a name that means red for your baby girl, don’t forget to spread your horizons to Ireland. Roisin is of Irish origin. It means little red rose.

Rose is a world-famous name! It translates to a flower or a red flower. The name originated from Latin, where is means red flower.

The name Rufina means red-haired. Some also believe that the name means rough.

Another commonly used name that means red would be Ruby. This is an old-fashioned name that always finds a way of coming back. Apart from translating to ‘Red,’ the term ruby also means energy and love.

Anyone aware of French history during the Middle Age will be familiar with Rousseau. This is a beautiful name that complements the ruddy and red hair or complexion.

This is a variation of the common name: Rose. The name Rosie translates to a little rose or an Irish rose that is red. You will find the name Rosie in many childhood poems and stories that refer to the rose.

For generations, the name Scarlett has been used by parents around the planet. The name means scarlet or red. People with this name are often known for their luxurious demands.

Do you want to pick a name from Italy? If yes, choose Sienna which means reddish-brown hair.

Next would be the list of baby boy names associated with the color red. And, you will be astonished to hear that there are so many names that translate to red.

According to the Bible, this is the name of the first man on earth. And, the name translates to son of the red earth. The name lost its fame for quite some time. However, it revived in the 1960s.

Have you ever heard of the name Corcoran? Well, this is an Irish name with the meaning ruddy-faced. Once again, it is among those names related to the color red that you are looking for.

Do you know that the name Derry is ‘red’ at heart? After all, it means like a red oak tree.

This of the finest English names that translate to red or ruddy. Many people believe that the name is a variant of Finn or Flynn. These form a family of Irish names that mean red.

As mentioned previously, there are so many Irish names that mean red or ruddy. Flann is a cheerful name, which is used as a nickname for red-headed boys.

The name Gough rose to fame with the Australian Prime Minister Gough Whitlam. If you are planning for a political career for your child, Gough is a great choice. And, it means red.

The sound of Harkin might remind you of the majestic Hawk! Yet, this is an old Gaelic name that translates to red.

In Latin, the name Jasper means red. However, this name has multiple meanings. For example, it also means a bringer of riches and treasure.

Anyone assuming that the name Radcliff corresponds to a beautiful cliff. Well, this name translates to the red cliff.

This is an English name that means red-haired. The name Reed is silvery, elegant and slim.

Reading is of English origin. And, the name means son of the red-haired. Many claim that the name was invented by a family or red-headed ancestors.

The name Redmond has the word and meaning you are aiming for. Some also believe that the name means ‘wise protector.’

This is another Irish name for baby boys. The name means redhead. And, if you want a stylish alternative to Rowan, Ronan, and Logan.

Rory is an Irish name. And, it means red king. Of course, if you want an authentic and traditional name for your little one, Rory is a great pick!

Another fascinating name that means red-haired would be Roone. This is an attractive name, which became famous for the famous New Executive Roone.

This name of German origin. And, it means ‘redhead.’

The name Rowan is of Scottish origin. And, it means a little redhead. Undeniably, this is an adorable name to be given to any little boy! The name makes a great surname, and it is also given to a tree with red berries.

If you want a rare name that means red, opt for Ruadhan. The origin of this name is quite unknown. Nevertheless, it also means red-haired.

Rudyard is an authentic and original English name. It means a red enclosure.

Does the sound of Rufus appear familiar? Well, many people consider this as a name for little puppies. Nevertheless, you can name your child Rufus too! The name means redhead. And, it was the nickname of King William.

The name Rusty is a scintillating one. It translates to ‘Bright Red.’ And, this is an outdoorsy name for your baby boy. For many generations, Rusty was used as a nickname for the classic and famous Russell.

Cornish people are known for their chirpy names. And, Rumo is one such name which means Red.

Russell is of French origin. The name means redhead or fox colored. If your baby boy has bright red hair, this is an ideal and an obvious choice. Of course, the name Russell has always survived the test of time. In a crowd of 50, you are bound to find at least two Russells.

The name Sorrel is of French origin. And, it means reddish brown. This is a sensitive name that is a distinctive choice for any parent.

This is a beautiful name that also means red-haired. The name sounds extremely Roman. And, it is indeed inspired by the Romans.

There are so many boy names that mean red, and there are plenty of red baby names for your little girl. Choosing names associated with the color red can mean so much. In the long run, it will make your baby strong and confident with his/her life.

Newborn Baby Sleeping Too Much – Do I Need to Worry?

Diwali Wishes, Messages & Quotes for Your Loved Ones

Playing With Pull Toys in A 16 Months Old

Here Are 4 Tricks I Use to Get My Child Off Screens!

Ruchelle Fernandes - August 2, 2021
As the lockdown is slowly being lifted in different states across the country, we are going to see many more people wearing masks in...