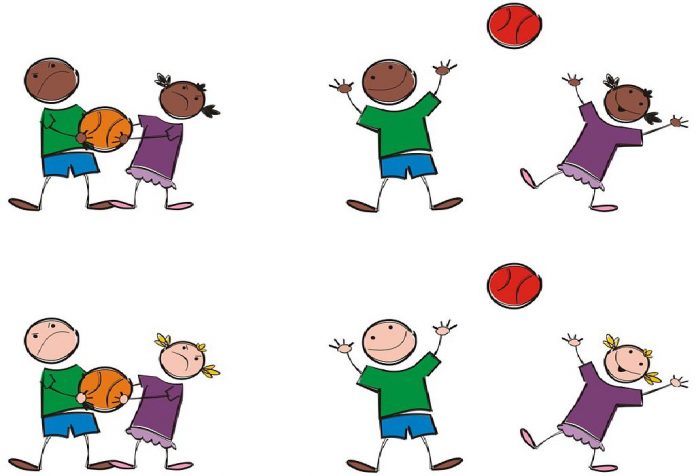 Conflicts are a part of life. The moment a person develops independent thinking, he also develops an opinion about things. And, preschoolers of today just seem to have an opinion about everything! In such situations, conflicts during play time with peers or even conflicts with parents are bound to arise. You have an important role to play in teaching your child how to resolve them.

It’s very important to approach the situation with a cool head and calm your child down when he’s involved in a conflict. Ask him to count till 10, or take a break to think about the problem. Preschoolers can be asked to play with someone else till they calm down and are open to conflict resolution.

2. Restate the Problem in an Unbiased Manner

Ask your child to stay calm and state his problem and his feelings. If his issue is with a peer, you can deal with each kid separately. Encourage them to use ‘I’ while stating the problem like ‘I am upset that the toy was snatched from me.’

A good apology can almost always remedy situations quickly. Often, conflict resolution for kids comes about when an apology is given. You must ask each child or the one who needs to apologise to do so. Likewise, the injured party should be encouraged to accept the apology.

Once peace is restored, ask your child to find a solution to their problems, or guide them towards one so that the same issue doesn’t arise again. Parents can sometimes become tempted to find conflict resolution strategies for kids. However, encouraging them to find solutions themselves helps them develop critical thinking. For example, if the conflict was regarding a toy, the solution can be to take turns to play with it. You can guide them towards this decision, but don’t point to it directly.

Follow up to see if they’re getting along and doing tasks together after the resolution of the conflict. If they aren’t, let them take a break from each other for a while. You can also try out these conflict resolution activities for preschoolers. They’re fun to play and very engaging:

Trending Styles to Dress Up Your Kid This Diwali