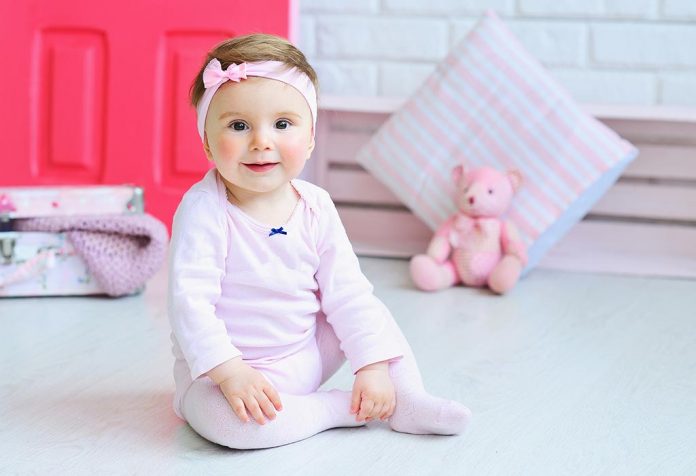 Parents want a name for their daughter which is meaningful and distinct as her personality. As she grows up, her name will be the first impression people have of her. So it’s very important that her middle name adds to the sophistication of her first name. There cannot be any dis-harmony between the two names. For that, it is always best to choose a short middle name. Short girly middle names are trendy, sweet, and always contemporary.

Choose one of the below unique short middle names for the perfect middle name for your daughter:

Alva is a beautiful short name of Hebrew origin meaning “brightness or exalted”. Another variation of the name Alvah is from the Old Testament.

Anais is a variation of the moniker Anna. The name of French origin means “gracious; merciful”.

The beautiful name is of Indian origin and means “Goddess or noble”.

Ash is the diminutive version of Ashley. The name of Hebrew origin means “happy”.

This is one of the cute short girl middle names. The name refers to a watery body and an aromatic tree. The name in French also means “auburn-haired”.

The name of Hebrew origin is the shorter version of Elizabeth meaning “oath of God or God is satisfaction”.

This beautiful middle name refers to the island on a coral reef. The name is of Greek origin and means “pure”.

Cia is a short middle name of Greek origin meaning “of the moon”.

The name is the shorter version of Clayton, a place-name from old English. This earthy middle name also refers to a type of mud.

This English origin middle name is apt for girls as it means “maiden”.

Eve is the perfect middle name for girls. The name of Hebrew origin means “living or to give life”.

Haye is of Scottish origin and means “from the stockade”.

Ida is of German origin and means “hardworking”.

Iris is a beautiful middle name for girls of Greek origin meaning “rainbow”.

Isla is a unique middle name for girls. The name of Scottish origin refers to an island and is also the name of two rivers.

Ivy is a plant name of an English plant which is associated with fidelity and eternity. The name also refers to faithfulness.

This beautiful middle name refers to the stone Jade used in ornaments. The name of Spanish origin means “stone of the colic”.

Noa is the name of the daughter of Zelophehad in the Hebrew Bible. The Biblical name means “movement or motion”.

Rae of Hebrew origin means “ewe or female sheep”. The name is a shorter form of Rachel.

Ruth is a sweet middle name for girls of Hebrew origin meaning “companion or friend”.

This middle name of Irish origin means “the stately or the dauntless one”.

Thea is the diminutive moniker of Althea of Greek origin and means “Goddess”.

This beautiful name of Indian origin of Sanskrit means “nation”.

Vera is of Russian and Latin origin and means “true”.

A unique and short middle name maintains the exceptional quality and individuality of the first name of your little girl. So choosing a lovely middle name for your princess will make sure she always stands out from the crowd. The well-chosen middle name will compliment her first name as well as her personality.

Never Say Never!! – My Take Away from My Second Normal Delivery