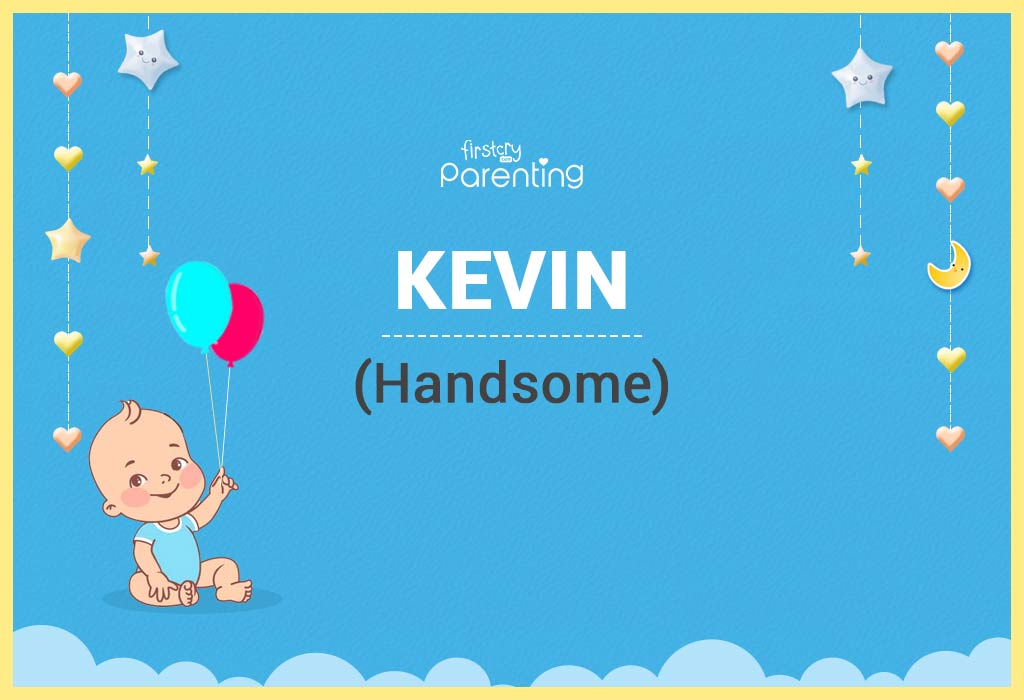 The name Kevin was widely popular in our previous generation. It was a common name among our fathers and uncles. However, with time, the popularity of this name significantly declined. While the name was popular from the 1940s to the 1970s, it lost its popularity and usage in the present times. This does not do justice to this unique name.

What Does Kevin Mean?

The name Kevin is of Irish origin where it comes from the Irish name “Cóemgein.” This name came from two words- “Cóem,” which means kind, handsome, or gentle, and “Gein,” which means birth. The popularity of the name descendent from the seventh century Saint named Kevin, who was the founder of a scholastic monastery near Dublin. He was made the city’s patron saint, resulting in the name’s popularity.

Numerous variations to a name suggest the trends among different cultures, religions, and nationalities. The Kevin name variations denote how the name transcends barriers and cultures. Therefore, some of the other spellings for Kevin and their origin are:

How Popular Is the Name Kevin?

The popularity of the name Kevin has been gradually diminishing over the last decade. The name experienced significant popularity from the 1940s; however, it began losing its charm in the present time. The Kevin popularity index states that the name was among the top 50 list from 2000 to 2009. As derived from the data from Social Security Administration, the name slipped from the list as mentioned above from 2010 where it ranked 58. The fading of the name continued where it ranked 69 in 2012, followed by 70 in 2014.

Despite the beautiful meaning of the name, the Kevin baby name ranking has considerably decreased. According to the SSA data, the downward curve of the name’s popularity suggests it’s not being used by parents as much as it used to be. The name further declined in 2016, when it ranked 90, followed by 101 in 2017. This name has ranked 149 in 2019 and has surpassed 150 by ranking 156 in 2020. Therefore, the dwindling popularity of the name implies its considerably less usage. However, the younger generation is focused on naming their children with meaningful names. Therefore, this name has the probability of making a comeback in the future.

According to the world name trends, the interest in the name Kevin has never remained consistent. Its rank has always been over 40, which indicates its popularity, although it has dipped in September and October 2020. The interest in the name was the most in April 2013, followed by May 2021, which shows the name’s potential towards the upward direction.

Interest in Kevin – US

As per the US trends, the interest in ‘Kevin’ has had a mixed response over the last ten years. The name reached its highest peak in April 2013 and dipped the lowest in April 2020. The popularity of the name has increased and decreased; however, it has maintained a rank over 20.

Popularity of the name Kevin

The search trends of the world show that Ireland is the country which has shown the most interest in the name. The name is also popular in the United States, Canada, the United Kingdom, followed by Australia.

Search trends of Kevin – US

The top five cities in the US where the name Kevin is the most searched are Louisiana, the District of Columbia, Oklahoma, Mississippi, and Massachusetts. This indicates the name being the most popular in these cities compared to the rest of the states in the US.

Middle Names That Go With Kevin

Selecting a middle name for your child should be done with proper consideration. A middle name is as important as the first one and should maintain consistency with the first name. Therefore, some of the double names with Kevin include:

Often parents choose the name of their child based on their favorite celebrities. Hence, popular people have an exceptional influence on the names of the future generation. Some of the famous people called Kevin are:

There are various alternatives to a name with the same meaning. Similarly, baby names like Kevin have different variations which have similar meanings. Therefore, some of the similar other names for Kevin and family names for Kevin are:

Selecting appropriate sibling names that go with Kevin is essential to regulate uniformity among your children’s names. This can ensure all the names complement each other resulting in a beautiful flow of names. Hence, some of the sibling names for Kevin are:

Nicknames are the names given by loved ones, such as family members or close friends. They often have a touch of humor and can be used in informal settings. Some of the popular nicknames for Kevin are:

The name Kevin has resulted in a downward slope in the last few years. Despite having significant popularity, the name has dropped from the top 150 name list in the US. However, the name is still consistent among the top 200 baby boy names because of its meaning. This trendy name can make a comeback in the future, considering its meaning and widespread influence.