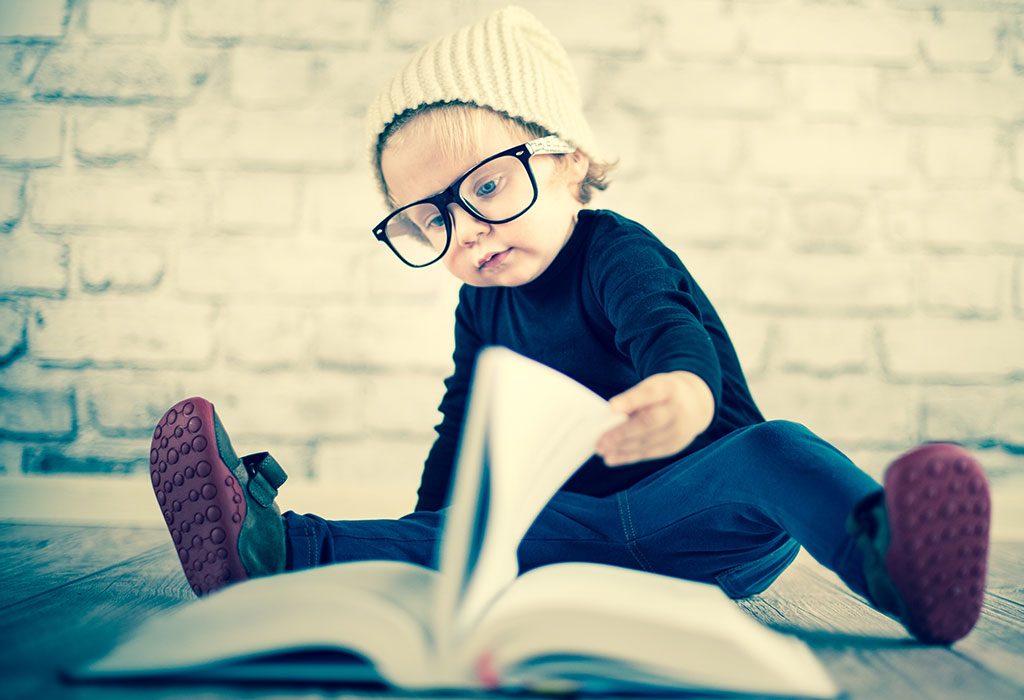 The initial years of your kid’s life are crucial, as the growth during the early ages forms the basis of his life ahead. The first year does not involve much, as your kid still has to learn to talk or take his first steps. But, as a kid steps into the 22nd month of his life, he starts to show awareness towards his surroundings. It is during this period when your little one starts recognising people around him, and even learns to utter a few mumbled words. The most important thing is that your kid will learn about expressing emotions more than ever.

When the delicate hands of your kid touch your fingertips, it is the most beautiful feeling in the world. And, seeing those delicate hands grow would be another beautiful feeling to hold on to! One should be clear on the fact that every kid is unique, and takes his own time to develop both physically as well as mentally. But generally speaking, you should be aware of 22-month-old milestones that your baby is close to mastering.

By 22 months, your kid should start to understand simple sentences such as “It is sleep time” Or “It is playtime”. More than that, the most important part is that your kid would start to take his steady initial steps, and roam about the house without any help. Your kid would start talking as well. From single small words to broken sentences, you can see the change come gradually.

Other milestones for your 22-month-old include the ability to imitate the behaviour of those around him, the ability to solve simple puzzles, the ability to recognize different body parts, and, interestingly, he would learn to not wet the bed anymore.

Physical development is a major part of growing. Such a development makes sure that your kid is fit internally, and his body is functioning normally.

By now, your kid should show the following physical development:

• Better Eating: A 22-month-old would be able to eat from a spoon and drink liquids directly from a glass. However, your toddler will spill around, but it would be a delight to see him eat on his own.

• Teeth Development: By 22 months, your little one would develop a set of 16 teeth. This, in turn, means that he would be able to eat and chew better, and thus digest better.

• Improved Body Balance: A 22-month-old baby’s weight would be balanced enough to help him stand upright. There would be no need to hold your little one or keep him in a pram, as he will be able to roam around on his own.

• Starts Running: By 22 months, your kid would be able to walk as well as run. As your toddler starts walking, he wishes to do it more, and the urge to run is more than ever. Be careful around your kid when he runs here and there in his happy mood! 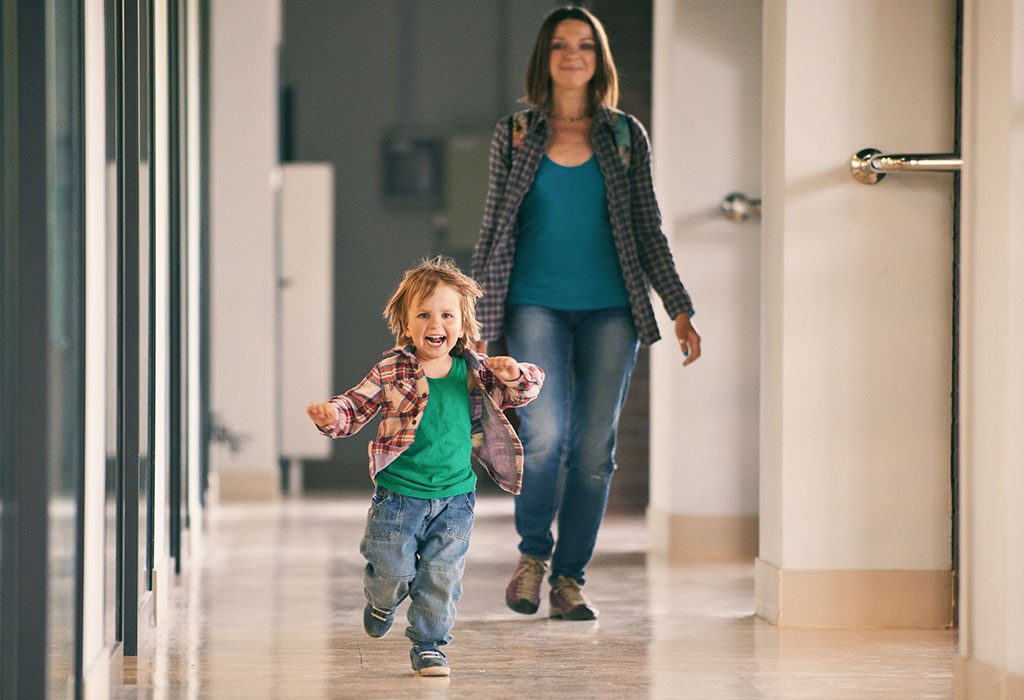 Though your little one is growing at a fast pace, he would still cling on to you more. Parents are the most familiar faces a kid sees near him. So, he’ll probably like to stick to you more, than showing any interest in interaction with people around him. Your kid is more likely to be comfortable around familiar faces.

The following section talks about the other social and emotional development perspectives you would want to know:

• Develops independence: By getting independent, it doesn’t mean that your kid will follow his daily routine all by himself, but it means that he will get an understanding of what he has to do. Owing to the growing observational skills, your kid would know what he has to do next, and what he missed out on. To your surprise, he may start with his playtime even before you engage him in it!

• Improved interaction with friends: You’ll notice that your little one interacts well with the known faces around him. For example, he’ll get around well with kids of his age if he has known them for a while. He’ll also show empathy towards his favourite humans if he sees them in pain. However, if he does not know a person, he’ll probably be shy at first.

• Imitation: By the time your kid reaches 22 months, he will develop the ability to imitate people around. This way, he will develop habits that he notices around him. Thus, it becomes important for parents at this point to act responsibly and carefully, as kids develop based on what they see.

• Expresses likes and dislikes: By now your kid is old enough to show tantrums. Whether it is the taste of the food he eats, or a particular person, your kid is likely to express openly through his words or expressions as to how he likes or dislikes something.

• Develops Personality: Your little one will know his name by now, and able to know when someone is talking to him or about him. Also, he’ll develop specific traits, and will express happiness, anger, and sadness in his own way. He may also start doing things in his own way or style, which may surprise you. 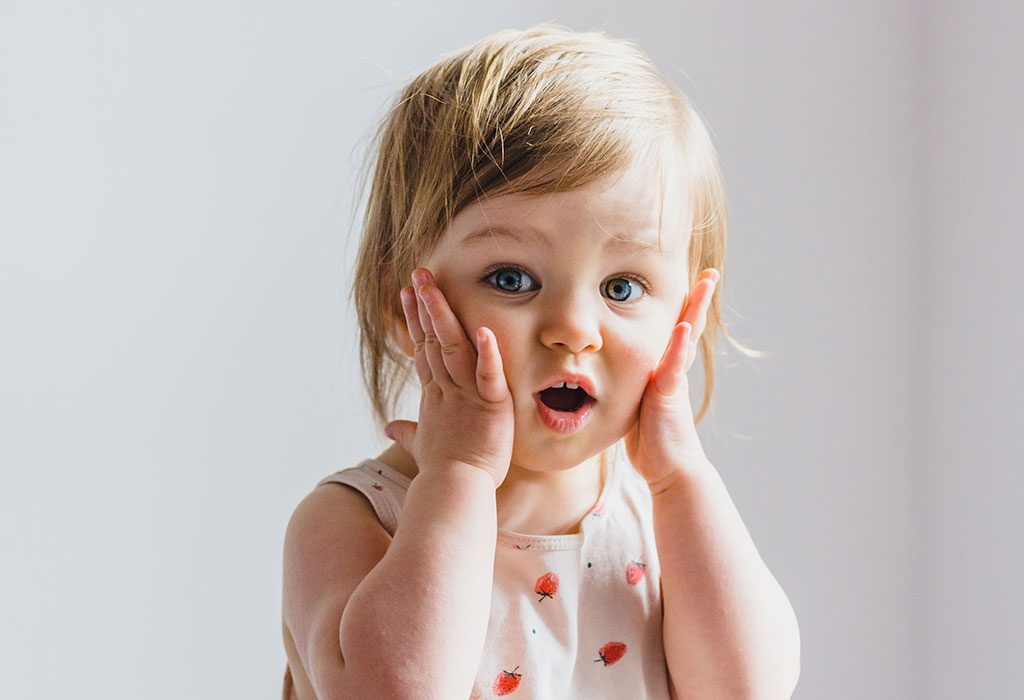 Talking about intelligence, decision-making capabilities, and picking out the difference between right and wrong, your 22-month-old can actually learn a lot.

Wondering about what changes you can notice that help you observe his cognitive skills? Read on to find out.

• Language and speech improvement: By 22 months, your kid develops better speech abilities. He can speak simple words or even short, broken sentences. Moreover, he can easily recognize small requests or instructions made by you.

• Enhanced memory: Your little one will be able to recognize familiar faces around him, and also places he visits often. He will be able to start recognizing colours and pets he sees around the house. You may not notice it, but your baby would also start connecting dots and relate two events in time, i.e. he may remember his past events more clearly.

• Observational and learning skill improvement: When you hand over an upside-down book to your kid, he would know that it is wrongly held. If you teach him how to open a doorknob and in which direction, he would imitate aptly.

• Development of concentration skills: If your kid loves solving a puzzle, he won’t lose attention until he finds a way out. He will also play with concentration without getting diverted to other activities.

The behaviour of your 22-month-old kid can speak tons about him. Whether he acts normal or not, one needs to track the sudden change in behaviour in their kids. Your 22-month-old’s tantrums may start emerging from nowhere, and you would be surprised at his sudden changes in behaviour. You may notice that your kid gets angry at the silliest of things. There is nothing to worry about that, though. This is the part of growing up and the hormonal changes that may occur when development occurs both physically and mentally.

By 22 months, your baby starts developing his taste preferences. Do not let your kid skip breakfast. This meal is very important, as it gives him the energy to play through the day without exhaustion or malnutrition. 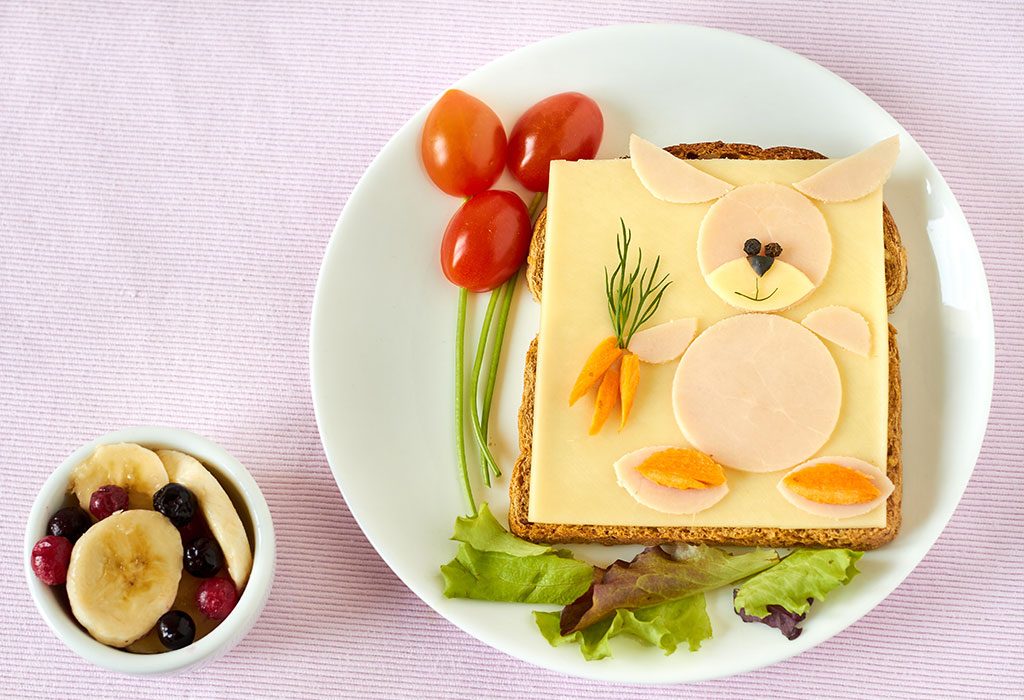 Include lentils, milk, boiled eggs, vegetables, fresh fruits, yoghurt, and toast in your 22-month-old baby’s diet. This way, you can learn what food your little one likes and dislikes. Also, avoid serving junk food, as this may lead to health issues that may, in turn, hinder his overall growth.

Developing healthy sleeping habits is not only necessary for adults, but kids as well. Put your 22-month-old to bed on time, and wake him up early. As it is rightly said, early to bed and early to rise makes a person fit and wise! Follow this, and you’ll notice that your little one develops a habit that will help him not only today, but will also make his tomorrow better.

Teach your kid not to wet his bed anymore. Give him instructions, or teach signs he can make when he wishes to use the restroom. This will help develop good habits early, and maintain good hygiene around the house.

Your 22-month-old baby’s activities should include both indoor and outdoor playing. Give him puzzles to solve, as it will help develop his intellectual skills. Indulge him in physical activities, so that he can stay physically fit and fresh.

If possible, take your kid to a wildlife sanctuary. This will not only be entertaining for your kid, but also help him enjoy nature and learn facts related to earth and living.

Go through the following tips that will help you with your energetic little toddler: 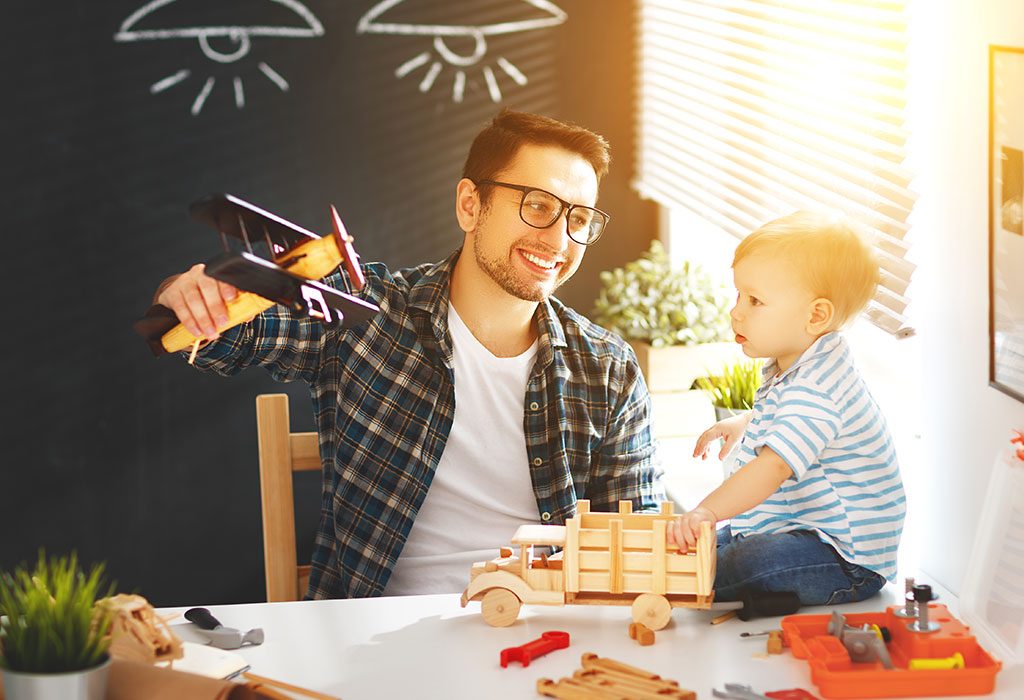 • Whenever your baby holds an object or points at something nearby, tell him what it is by referring to its name. This way, he will learn to recognise things faster.

• Converse with your little one while playing. This will help him know that you care, and moreover, he’ll grasp speaking skills quickly, and may even get over the 22-month-old not talking issues, if any.

• Do take your 22-month-old to parks or nearby green areas. Let him run freely and indulge in some sort of physical activity.

• Ask your child to articulate his demands in words. Even if you understand what he is trying to convey, act like you don’t understand. This way, he will talk and try to express himself clearly.

This comprehensive guide will help you know more about your 22-month-old. However, if your little one is showing a lack of any ability, such as walking, talking or eating, it is recommended that you consult a medical professional for better assistance.

Also Read: 10 Rules For Your Child’s Safety At Home