Erikson’s Stages of Development That Parents Should Know

Erikson’s Stages of Development That Parents Should Know 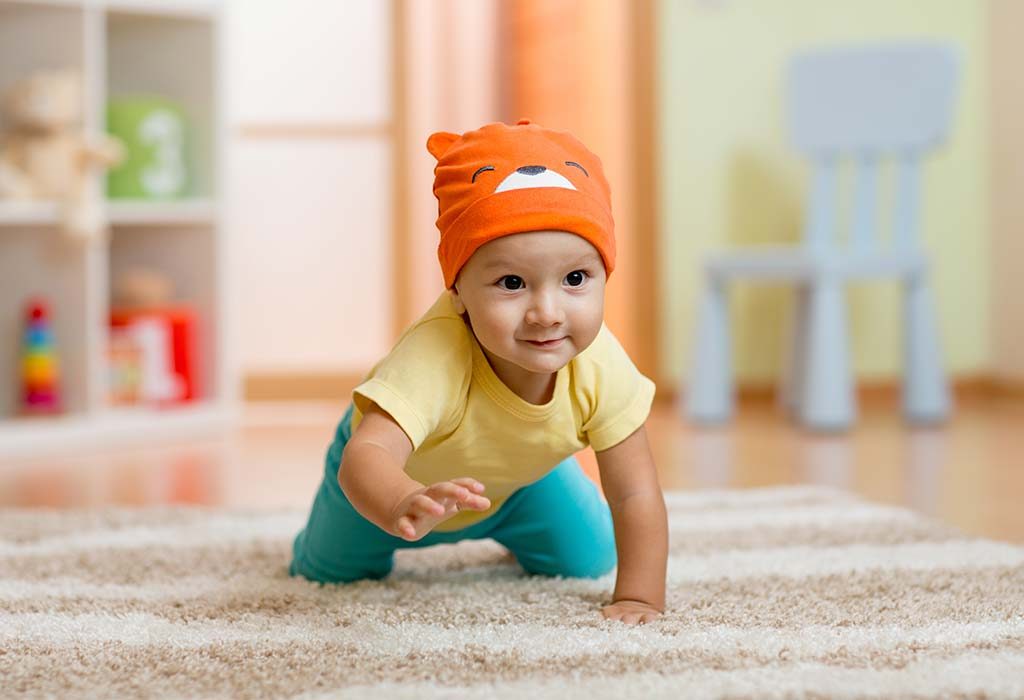 If you regularly go through parenting magazines, you would be familiar with the name Erik Erikson in relation to psychosocial development. As a developmental psychologist, Erikson was well known in child psychoanalysis and is popular for Erikson’s eight stages of life theory of psychosocial development. The term psychosocial development refers to how a person’s individual needs (psycho) comes to gel with the demands or needs of society (social). These are stages everybody goes through from infancy to adulthood and as you continue reading, you will recognize those from your own personal experience.

He theorized that personality development takes place in a predetermined order that comprises of eight stages of psychosocial development from infancy to adulthood. Every stage builds on the previous stage and lays the foundation for future periods of development. Going from one stage to the other is characterized by a ‘conflict’ or a ‘crisis’ which would act as a pivotal point to the next stage. It’s important to remember, however, that the crisis could have a positive or negative outcome for personality development, as according to Erikson, the conflicts either develop a psychological quality or fail to develop it.

When the conflicts are successfully dealt with, people will emerge out of the stage with psychological strengths (essential virtues) that they can use to resolve conflicts and mitigate risks in the future. If the conflicts aren’t dealt with positively, the essential skills needed to establish a strong sense of self isn’t learned. Erikson also thought that a sense of competence is also developed at each stage which motivates behaviors and actions, while the person becomes competent in different areas of life.

When they fail to complete a stage of development, it results in a diminished ability to complete the next stage, and individuals end up with unhealthy personalities and a poorly formed sense of self. On the bright side, these issues can be resolved and the stages completed successfully at a point in life.

Here is what the Erikson stages chart for all people looks like:

The first of the Erikson’s stages starts at birth and continues until the baby has gone past his first birthday. It’s needless to say that at this stage, they are completely dependent on the mother for food, comfort, warmth, and security. The baby is born vulnerable and uncertain about the world and expects the parents to offer consistent care and stability.

With predictable and consistent care babies develop trust and with it the basic virtue of hope.

The trust built here is carried at later stages in life into relationships with people which offers a sense of security in times of threats. If the care has been inconsistent or unreliable or unpredictable, infants develop anxiety, mistrust, and suspicion. In the long term, they lose confidence in people around them and themselves.

When babies begin to assert their independence or prefer to do things by themselves and insist upon it, it is the milestone of autonomy. At this stage, they would show preferences towards food, clothes, and even the footwear they want.

Being successful in this stage will lead to the development of the virtue of will. When ample support and encouragement are offered, they become more independent, confident, and secure in their own ability to navigate their environment.

Physical and cognitive growth marks this stage as they start to become partially independent from their parents. They are able to feed themselves, go to potty without help, and even dress. Having trust and a sense of self-awareness, they rely more on their own judgment.

The preschool years are when children learn social play and collaborate with others to play collective games. This is when they learn to control outcomes and take initiatives. At this stage of development, children learn to be more assertive in any negotiative environment.

When children have a chance to balance their initiatives with a readiness to work with others, the virtue of purpose emerges from the ego. Success at this stage helps children feel confident and capable of leading others for a collective goal. Failure to acquire the virtues of this stage leaves them with a sense of self-doubt, guilt, and a lack of drive.

With success in this stage, children can play in groups, socialize, make up games, and stick to the rules of the play.

The fourth stage of development occurs during early school years where they are more competitive and engage in the same things their peers do. They have also learned how to read, write, and do math with teachers playing an important role in their learning outcomes.

With proper guidance by parents and teachers, children develop the virtue of competence which also reflects in their belief in their own ability to take up challenging tasks ahead of them. If they do not develop any skills, they start feeling inferior.

At this stage, the peer groups begin to take greater significance and their competence will help them gain a sense of self-esteem. They also compare themselves with their peers and have the need to validate their competency. Competence is demonstrated by building skills, applying them to make things, and getting results.

The fifth stage is adolescence during which they search for a sense of self and personal identity by looking through their values, beliefs, and goals and adopting new ones that better suit their sense of self. The transition from childhood to adulthood both physically and mentally will drive children to become more independent and acquire a sense of identity.

Success in this stage pertains to developing a strong sense of identity and their ability to take challenges while committing to their ideals, principles, and beliefs. Failing to establish an identity at this stage can lead to being a young adult confused about their future and also become susceptible to the ideas of influential people. Success in this stage leads to the virtue of fidelity.

The individual is capable of successfully abiding by society’s standards and expectations. The personal identity acquires and creates a sense of self that will endure throughout the lifetime.

This is the stage most people are quite familiar with, having a strong sense of identity and then, looking for a romantic partner to share their lives with. This stage presents a tougher challenger than all the previous ones as individuals need to invest their time and emotions into committed relationships.

Completing this stage successfully builds the virtues of love and commitment. Young adults also settle down at this stage and make compromises for long term family-oriented goals. Without completion of the previous stage and having a strong sense of identity, it is not possible to build strong committed relationships. The lack of identity and security coupled with the absence of warmth and intimacy triggers isolation.

The virtue of love developed during this stage helps young adults to offer both emotional and physical love and accept the same in return. They also become good at forming healthy reciprocal relationships with others.

During adulthood, people continue building their lives with the focus mainly on career and family. Those who are able to do it successfully feel the need to contribute to the world starting from their community.

Having their career and lives in order, individuals tend to look for leaving behind a legacy. The urge to contribute makes them active in religious or other humanitarian or environmental causes to make the world a better place for future generations. When handled successfully, the developed virtue of this stage is care. Individuals also experience a sense of accomplishment regarding their career and personal life. Important milestones include having their children grown into adults.

Upon achieving the major milestones in life, they are able to offer strong support to their children, their community, and society. Failure to complete the stage results in a mid-life crisis and struggle to find a new purpose in life which can lead to stagnation.

The final stage makes the beginning of old age which is dominated by reflecting on life. People look back at their lives often and feel a sense of joy or regret depending on how successful they have been in all aspects of their life.

Having successfully resolved the crisis from the previous stage, individuals at this stage have the wisdom to guide younger generations. They are also characterized by broad-mindedness, composure, and peace of mind. They are also capable of reflecting positively on their lives in the face of death.

Erik Erikson’s stages of development is the theory that personality development occurs in a predetermined order. It is built on the success of the previous stage and is an essential component of the psychosocial development of people. Going through each stage builds an essential virtue that helps people navigate the complexities of life.