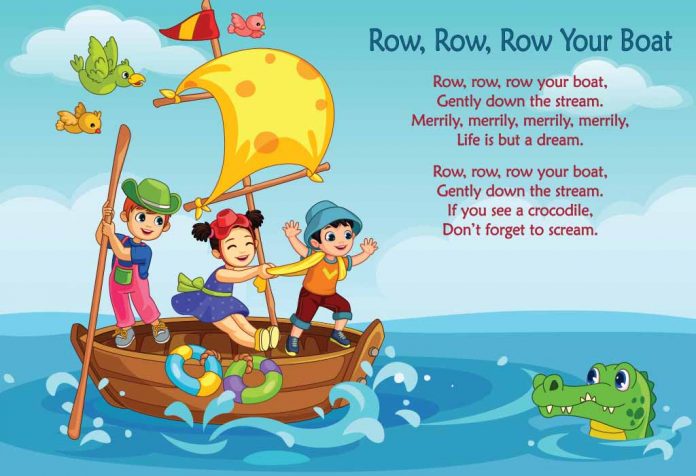 There’s nothing like funny rhyming poems for kids to quickly deliver some humor along with the depth of imagination. If you like reading humorous poems to tickle your funny bone, here’s our top pick that is sure to make you chuckle.

Check out poems your children would love:

Written by Shel Silverstein, it’s all about perspectives.

I made myself a snowball

As perfect as could be.

I thought I’d keep it as a pet

And let it sleep with me.

I made it some pajamas

And a pillow for its head.

Then last night it ran away,

But first, it wet the bed.

This one written by Steve Hanson is something we can all relate to.

I was really gassy

There were many times

I wished I had a cork.

I farted at museums

Then I was on Wall Street

and really set them free.

I tooted in Time Square

When we watched a play,

I farted all the time.

I farted myself silly.

If you go to New York,

do NOT eat any chili!

Cat lovers can relate to this one by Christian M. Mitewu.

The fattest for miles around.

Wherever there’s lots of food,

That’s where he’ll be found.

It’s a talent, I suppose.

I’m sure if he keeps at it

He weighs at least a ton.

He couldn’t run to save his life.

His favorite room’s the kitchen.

He eats just about everything,

So that’s why, with a sigh…

My homework in his plate.

4. The Elephant Has a Bad Earache

When the whole zoo is feeling under the weather! by Denise Rodgers.

The elephant has a bad earache.

The centipede stubbed all his toes.

The giraffe has developed a nasty sore throat

and the rhino can’t breathe through his nose.

The mockingbird has an unclear ache.

The lion’s so hoarse he can’t roar.

The hog cannot eat, as his tummy’s upset,

and the parrot can’t talk anymore.

The doe has a pain in the deer ache.

Just what should the beast doctor do?

The duck is so sick she can’t possibly float.

It’s a really bad day at the zoo.

Today we got the first pop quiz

I could actually do!

Usually when we take a test

I haven’t got a clue.

The first question was easy:

Find a booger in your nose.

Then wipe it on the paper

instead of on your clothes.

Then I had to come up

with a dozen crazy claims.

Here’s another highly imaginative one by Steve Hanson:

Today I came across

It makes anything big —

I think this will be fun!

I aim it at my bed

until it fills the room

then slide down from the top

in my king’s costume.

I cut a little seat

out of a juicy pear

and then I expand it

into a royal chair.

I plan to turn a tack

into a mighty sword,

I even yank the cord!

It hits the toilet bowl.

I watch it grow and grow:

The handle’s in the clouds!

Here’s a short one by Denise Rodgers

A bee comes tapping at my screen,

With no thought of getting tired.

But I feel his anger’s keen.

So I’m glad I have a screen!

Here’s one of the best short funny poems on having a cold. By Darren Sardelli.

You sneezed on Miss Muffet

and ruined her clothes.

and now she is sick.

You put out the fire

Your sneeze is the reason

why Humpty fell down.

when he came to town.

The blind mice are angry!

The sheep are upset!

From now on, use a tissue

so no one gets wet!

This is one is a funny Valentine poem by Denise Rodgers.

The strangest, strange stranger I met in my life

was the man who made use of his nose like a knife.

at the tip of his nose with phenomenal ease.

and then use his nose to reduce it to slices.

His wife ran away and I know that he’ll miss her.

The woman was frightened that one day he’d kiss her!

Because who wouldn’t love them! By Denise Rodgers.

there is no better place to go.

They both stand up to sing and dance.

The hoof and paw an old soft-shoe.

They harmonize the whole time through.

They raise their hats and take a bow.

This is an interesting carpet poem by Steve Hanson.

before going to bed.

It grew up through my toes!

I leaped onto the chair!

A rug crept up the wall.

My room had Berber drawers.

A tapestry had grown

clear across the doors.

tangled through my room.

I could not believe

the way the fabric spread…

the leopard seeds instead!

I don’t know why Mom’s worried

You’d think she’d be freaked out

By the lion in my room

But seeing shoes on fabric

Is what makes her fume.

I bath with toxic jellyfish.

I ride a crocodile.

But if I’m on the sofa then

I often sleep with scorpions

And wrestle with a bear.

I don’t know why Mom’s worried.

I’m going to be famous!

I’m going to be great!

I’ve got an idea

I know how to force

every famine to cease.

Or make a vaccine

in landfills by nine.

there won’t be a line.

all of this before bed

But Mom wants my room

to be cleaned up instead!

A funny poem that siblings can relate to. By Denise Rodgers

I have plans for my sister’s room

Which I’ve renamed the den of doom,

While she is gone for three days (three!)

With plans to have more fun than me.

There’s ice cream for her pillowcase

(Nice and sticky for her face).

Rubber spiders for her sheets,

(A nice and soothing bed-time treat.)

And tell my mom it’s filled with smut.

I’ll stuff her shoes with pistachios,

Give me time, I’ll think of more.

What’s that? My sister locked her door!?!

I’m so angry I could bust.

This is everybody’s hairy Uncle Jack! By Denise Rodgers.

This poem is a tale about my Uncle Jack

who has hair on his legs, on his arms, on his back,

on his knees, on his hands, hair all over the place.

And if he didn’t shave, he’d have hair on his face.

The only place lacking of hair is his head.

He has a white dome of smooth skin there instead.

There is always something in the soup. By Kevin T. Pearson.

My mom said, “Eat all your soup,

every piece of chicken and every noodle.”

But there’s a cow in my soup.

I need to get him out of there.

I don’t know if he can swim.

How he got there, I’m not aware.

every time he starts to moo.

He keeps splashing me with his tail.

She must have gotten this soup on sale.

My mom says, “For dessert,

That one strange kid in every class. By Denise Rodgers.

was known for eating all things odd.

The thing that bothered me the most

has he spread toothpaste on his toast?

His smiling eyes were bright and squinty.

On baked potatoes, he would slather

one half can of shave cream lather.

I don’t know how his tum could cope

as he ingested cubes of soap.

At times his food choice made a scene;

at least he kept his innards clean.

My desk is in the first two rows

that’s just beneath the teacher’s nose

She watches everything I do.

I raise my hand. I seldom speak.

I swear I am the perfect geek.

I wish I was row four or five,

and then I’d really come alive.

I’d really get the teacher’s goat.

My teacher knows — and what I fear

Is that is why she keeps me near.

My long-eared dog is very sweet.

He loves to lick my stinky feet.

And that is why I’d use my mace

before I’d let him lick my face.

For those who love sweets! By Denise Rodgers.

Have you heard of sweet-tooth Andy?

Makes his bed with sugar candy.

all of Andy’s bed is gone.

Poems have an interesting way of expressing witty humor in short quick verses. This list covers a range of poems from animals to people to vivid fantasies.

Life in a Nuclear Family and Joint Family – the Differences

Is Coconut Water the Best Drink for Weight Loss?

7 Things Your Husband Wants You to Know, But Isn’t Telling You!